"... The research focuses on George Henry Lane-Fox Pitt-Rivers, an anthropologist and captain in the English Army during World War I who died in 1966. During World War II, the British government imprisoned Pitt-Rivers - the cousin of Churchill's wife, Clementine - as a national security threat for his vocal support of Nazism and its eugenics principles. ..." 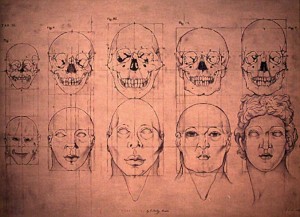 FRESNO, Calif. A California State University, Fresno, graduate is making news in England. Bradley Hart discovered previously unseen photos of Adolf Hitler and documents that for the first time link a prominent British scientist to Nazi Germany's efforts to create a master race through its use of sterilization.

Hart's groundbreaking historical research about England's eugenic movement in the 1930s was unveiled Thursday at Cambridge University, where he's working on his doctorate through the university's Churchill College,

Already, London's Daily Mail newspaper and the local Cambridge press have published stories about his discovery. He did a radio interview with the BBC World Service on Thursday morning. In a telephone interview, Hart, 26, said he has had little sleep since the university revealed his discovery. "I finally took a nap today," he said.

His work will be housed in the Churchill Archives Centre alongside famous documents such as the papers of former British Prime Ministers Winston Churchill and Margaret Thatcher.

Popular in the early decades of the 20th century, eugenics is the study of improving the human race genetically, including through selective breeding and sterilization. The movement fell into disfavor in the public's mind after it become associated with Nazi abuses during World War II. While it is well known that the American eugenics movement was largely supportive of Nazi Germany's ideas, evidence of support in Britain has been less clear, Hart said.

For the past four years, Hart has been examining England's eugenics movement. His work gained significance in 2009 when he found thousands of letters, photographs and documents in the dusty attic of a respected British anthropologist of the era. The archives clearly show a small group of Britain's influential scientists had been interested in Nazi eugenic ideas before the outbreak of World War II, Cambridge University officials say.

The research focuses on George Henry Lane-Fox Pitt-Rivers, an anthropologist and captain in the English Army during World War I who died in 1966. During World War II, the British government imprisoned Pitt-Rivers - the cousin of Churchill's wife, Clementine - as a national security threat for his vocal support of Nazism and its eugenics principles. Hart said the documents and photographs prove Pitt-Rivers cultivated relationships with Hitler, his scientists and other influential figures in Nazi Germany. Several of these individuals were leaders in the Nazi health and political establishment, he said.

"Then one day an archivist suggested that I write to the Pitt-Rivers family directly to see if they might have anything, and they were kind enough to invite me to visit their house to see if anything they had might be helpful," Hart said.

In the summer of 2009, Hart made his first trip to the Pitt-Rivers manor in Dorset, England. In the attic, he found the hidden treasure, which filled 50 boxes. With cooperation from the family, Hart arranged for the historic material to be deposited in the Churchill Archives Centre, where it has undergone extensive cataloging and restoration.

"Bradley clearly has an amazing nose for research," said Allen Packwood, director of the Churchill Archives Centre. "Like a detective, he has followed the leads to unearth a treasure."

Back home, news of his research didn't surprise his former professors.

"He's always had a clear focus on what he wanted to do with his life," said Brad Jones, an assistant professor of history at Fresno State.

Their son's history-detective skills first surfaced at Fresno Christian High, where he was editor in chief of the school newspaper, The Feather. Adviser Greg Stobbe said Hart was a computer whiz, a stickler for accuracy and instrumental in urging students to create their own online edition.

But his best attribute was after the newspaper came out. "He always gave credit to the students around him," Stobbe said.

Hart said he first became interested in Nazi Germany while studying at Fresno State, where he earned a bachelor's degree in history and philosophy and was a 2007 Dean's Medalist. As a research assistant for Fresno State history professor Melissa Jordine, he studied Nazi military intelligence.

"My professors were great," he said. "They taught me why history is important and how to collect it."

Hart said an undergraduate semester in London inspired him to study in England. "I became fascinated by British history," he said.

After Fresno State, he enrolled in the master's history program at the University of St. Andrews in Scotland. There, in the fall of 2007, he first began researching the eugenics movement. His research surprised him.

"By the 1920s, virtually every country in the Western world had a eugenics movement," he said. But he said he was shocked to learn that California played a key role in the Nazi eugenics movement.

Hart said he's not as fascinated with Hitler or Nazi Germany as he is with the eugenics movement itself. "Before the Second World War, it was a widely seen as a legitimate science and derived many of its roots from outside Germany," he said. "Today, very few people would openly support eugenics, but a century ago it was seen as the inevitable application of science to the social sphere, and many educated and intelligent people supported its ideas strongly," he said.

Because America's involvement was well-known, Hart said he turned his attention to England's role because it was uncharted territory. At its basic level, Hart said his research revealed that Pitt-Rivers and "like-minded friends" saw Hitler as their ally in a supposed racial war against Jews, Communists and other "so-called inferior races." Hitler had hoped these sympathizers would go home and convince their own governments that Germany was militarily unbeatable, he said.

"This is particularly disturbing," Hart said, "given the horrifying bloodshed that eventually resulted during the Second World War."