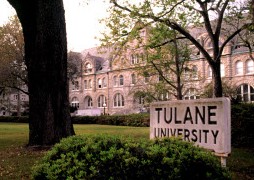 Also see: “Wireheading: This Strange Experiment from the 1950s Wired Pleasure Directly Into the Brain“: “In the early 1950s, in a lab at Tulane University in Louisiana, some very strange experiments pushed the outer limits of our neurophysiological knowledge. Dr. Robert G. Heath found that he could manipulate the pleasure and pain centers of the brain by surgically placing electrodes deep inside. … “

Re Testimony to the Advisory Committee on Human Radiation Experiments

“Published articles in my files include descriptions of administration of 150 mcg of LSD to children age 5-10 years on a daily basis for days, weeks, months, and in a few cases even years. Neurosurgeons at Tulane, Yale and Harvard did extensive research on brain electrode implants with intelligence funding, and combined brain implants with large numbers of drugs including hallucinogens.” — Dr. Colin Ross

In the course of his long career [Dr. Robert G.] Heath would receive both high professional acclaim and sharp criticism from his fellow physicians. A full account of either the controversy surrounding his work or the range of his scientific accomplishments falls outside the limits of this volume. [114] For present purposes, it is sufficient to note that at the beginning of the 1950s Heath and his fellow scientists were working at or very near the outer limits of existing neurophysiological knowledge—a fact that was not lost upon U.S. military and civilian intelligence agency officials, who were already engaged in highly secret efforts to develop psychochemical weapons, as well as interrogation and mind control techniques, that could be used against cold war adversaries. From the late 1940s onward, close ties existed between the army’s Edgewood Arsenal, where chemical warfare research and experimentation were conducted, and the CIA and various military intelligence services.

By 1951 the sometimes cooperative, sometimes competitive military-CIA nexus had given rise to a coordinated army-navy-air force-CIA endeavor called Project Artichoke. As summarized in a 1952 memorandum, the project’s major objectives included, “[e]valuation and development of any method by which we can get information from a person against his will and without his knowledge. … Can we get control of an individual to the point where he will do our bidding against his will and even against such fundamental laws of nature such as self-preservation?” [115]

The following year, in 1953, Project Artichoke grew into to a larger and more ambitious undertaking known as Project MKULTRA, the scope and nature of which remained hidden until the summer of 1977. In the wake of two congressional investigations and the reluctant disclosure of some 16,000 pages of records obtained through the Freedom of Information Act, CIA director Stansfield Turner disclosed the broad outlines of a twenty-five-year, multimillion-dollar program of research on germ warfare and on methods to alter or control human memory and behavior through the use of drugs, electricity, sensory deprivation, hypnosis, and other means. Involving 185 researchers at 88 non-governmental institutions, including 44 colleges and universities, the project’s scope and duration seemed to justify the conclusion of former State Department officer John Marks that “the intelligence community … changed the face of the scientific community during the 1950s and early 1960s.” [116]

Certainly the Tulane experience lends support to Marks’s conclusion that “[n]early every scientist on the frontiers of brain research found men from the secret agencies looking over his shoulders [and] impinging on the research.” [117] Precisely when the government became interested in the Tulane schizophrenia studies remains unclear, but in March 1954 Heath was the principal speaker at a seminar conducted by the Army Chemical Corps at its Edgewood Arsenal medical laboratories. His subject was “Some Aspects of Electrical Stimulation and Recording in the Brain of Man.” [118] Within a few months Tulane had signed an army “facility security clearance” for the Department of Psychiatry and Neurology. In 1955 Dr. Russell R. Monroe, a psychiatrist on Heath’s research team, became the principal investigator for army contract DA-18-108-CML-5596, a project listed in university records under the title, “Clinical Studies of Neurological and Psychiatric Changes during the Administration of Certain Drugs.” Classified army records were somewhat more specific, listing the contract’s purpose as to “[s]tudy behavior during administration, LSD-25 & mescaline.” [119] In retrospect the army’s interest in Heath’s work is not difficult to understand. At the time Heath gave his 1954 seminar presentation at Edgewood Arsenal, behavior control of a rather primitive kind had already been achieved through electrical stimulation of the brains of lower animals. At McGill University, James Olds and Peter C Milner had reported that rats with electrodes implanted in the brain’s septal region would press levers at a rate of 2,000 times per hour to receive stimulation. [120] At the National Institutes of Health, Dr. John Lilly had attracted intense interest from the CIA and other agencies through his use of similar techniques on primates. After implanting multiple electrodes in the brains of monkeys, Lilly was able to identify the precise location of centers of pain, fear, anxiety, anger, and sexual arousal. In one experiment a monkey with access to a simple switch stimulated himself to produce virtually continuous orgasms, at a rate of one every three minutes for sixteen hours per day. Animal tests comprised an integral part of most academic research sponsored by military and CIA sources. In contrast, Project MKULTRA was primarily concerned with conducting drug, electrical, and other experiments involving human subjects. [121]

FN119. BOA [Board of Administrators] Minutes, 11 April 1956, item 15b of president’s monthly report; Office of the Surgeon General, Department of the Army, Review of Reports on Department of the Army Grant (DA-18-CML 5596) to the Department of Psychiatry and Neurology, Tulane University, 1955-1959—Information Memorandum, dated 22 August 1975 and included with Colonel James R. Taylor and Major William N. Johnson, “Research Report Concerning the Use of Volunteers in Chemical Agent Research,” 160, 165 (quotation), document in authors’ possession.

FN120. James Olds and Peter Milner, “Positive Reinforcement Produced by Electrical Stimulation of the Septal Area and Other Regions of the Rat Brain,” Journal of Comparative and Physiological Psychology 47 (1954): 419-28. Studies by other researchers during the 1960s established that rats would choose electrical stimulation of the brain over food and water even after lengthy periods of semistarvation. Later research demonstrated that female rats would abandon their offspring immediately after giving birth in order to obtain brain stimulation, thereby acting in opposition to what had been regarded as their most powerful natural drive. T. B. Sonderegger, “Intracranial Stimulation and Maternal Behavior,” APA Convention Proceedings, 78th Meeting (1970): 245-6.

Postscript: In 1995, Robert Heath acknowledged that he had received money from the CIA for his work [1].   Heath had contributed to the CIA’s mind control program by pioneering in techniques that subsequently were employed as instruments of torture [2].   In 2002, the CIA contact at Tulane was Political Science Professor and former Deputy Provost Robert S. Robins, a former intelligence officer who at the time was conducting CIA-related research from the Provost’s Office in Tulane’s Norman Mayer Building [3].