Trivia Question: Who produced LSD for the CIA and MK-ULTRA in 1954? - The Constantine Report
0 SHARES

CIA and drugs » Trivia Question: Who produced LSD for the CIA and MK-ULTRA in 1954?

Trivia Question: Who produced LSD for the CIA and MK-ULTRA in 1954? 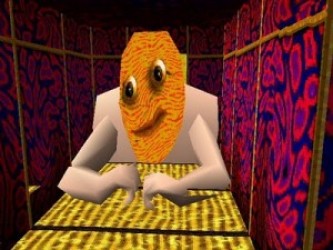 Quiz question - Before I post episide II of the MK-ULTRA story and its relevance for University contracting (See: LSD and the corruption of medicine -Part I), Matt Holford prompted me to find out who produced LSD for the MK-ULTRA sponsored torture studies. In my previous post I implied that Sandoz remained the source.

In fact, CIA documents show that a U.S. source for LSD supply was desired.

In 1953 the CIA provided Eli Lilly with funding to attempt synthesis of LSD for CIA use without the need for the expensive and scarce reagents required by Sandoz. A year later, Lilly chemists succeeded in their quest, and subsequent supplies were from Lilly[1,2]. Another more potent chemical used by MK-Ultra, BZ (3-quinuclidinyl benzilate), was produced by Hoffman-La Roche.

George H.W. Bush was a high-ranking executive of Eli Lilly and was also the head of the CIA, which conducted the MK-ULTRA experiments. Prescott Bush, his father and W’s grandfather, had business dealings with the Nazis. I read in the book “Psychiatrists:The Men Behind Hitler” that some Nazis who came over on Operation Paperclip were involved with MK-ULTRA. The CIA, which Bush ran, was involved in abetting the escape of many Nazis.

Both Bushes were involved in the oil business. Most psychiatric drugs are made using petroleum. The Eli Lilly Corporation makes psychiatric drugs, like Prozac and Zyprexa. Much of this petroleum comes from Saudi Arabia, and Senator Bob Graham has written on the Bush-Saudi connections. A whistleblower named Jonathan Pollard was also sent to prison during the administration of George Bush the elder. I read that some of the information Jonathan Pollard revealed was how Saudi Arabia and other Middle Eastern countries may have been hiding Nazi fugitives. Some of them may have been working in Aramco, the Saudi oil company. You might want to do a search for Aramco or Saudi Arabia at http://www.jonathanpollard.org. So I kind of wonder if the Bushes were in on that.

See movie Jacob’s Ladder for more on experimentation with BZ during Vietnam war. I played too much on my TV show and got shut down by the nazi director, a woman, but the guys watching us at night passed us up and whooop-whooped from their car. You legally can only show so much of copyrighted video or you get fined. I got shut off instead. Still what a night!! Also found out about the US Army Training and Indoctrination center from a caller; I love doing shows, man. . . . The rich folks just didn’t like what I was doing.

Ashcroft Now in Charge of Ethics for Blackwater