The former spy chief who provided Tony Blair with ‘evidence’ justifying the invasion of Iraq in 2003 is now raking in vast sums of money, working for accountancy firms, stock brokers, oil companies and investment banks.

Sir John Scarlett was head of the Joint Intelligence Committee (JIC) when former Prime Minister Blair used the now infamous ‘dodgy dossier’ on Saddam Hussein’s Weapons of Mass Destruction (WMD) to claim the Iraqi leader could launch an attack on Britain within 45 minutes.

Critics of the spy chief say he let Blair’s spin-doctor Alistair Campbell pressure him into “sexing up” the document.

Since leaving the civil service, Scarlett has worked for a string of multinational corporations, including PriceWaterhouseCoopers (PwC) and BP, earning hundreds of thousands of pounds.

Blair promoted Scarlett to the head of MI6 in 2004, a year after the invasion of Iraq, in a move many saw as a reward for his assistance in justifying the Iraq War.

The spymaster left MI6 in 2009 to work in the private sector, taking a role on the advisory board of PwC in 2010 and as a paid adviser to global insurance company Swiss Re.

Within a year of leaving MI6 Scarlett also took a position on the board of Times Newspapers and an advisory position for the Norwegian multinational oil company, Statoil.

According to the Independent, over the past three years Scarlett shared £800,000 ($1.2 million) from another private consultancy firm, SC Strategy that he co-owned with the former independent review of anti-terrorism legislation Lord Carlisle.

In January 2015 Scarlett joined the board of BP as a non-executive director. Foreign Secretary Philip Hammond approved the move, advising him: “You should not draw on privileged information available to you from your time in Crown Service.”

The UK government’s Advisory Committee on Business Appointments (Acoba), which monitors the ‘revolving door’ between government and the private sector, approved all of Scarlett’s job applications.

A former MI6 official and colleague of Scarlett told the Independent he was one of many spy chiefs cashing in on the booming security industry.

“After 9/11 there was an intelligence free-for-all in the United States,” he said.

“The division between state and commercial security got shot to hell, blurred. Booz Allen Hamilton, Chertoff, and other connected firms, now pull in billions in state contracts.

“And as their net and international influence spread, and large corporations place increasing faith in tailored intel, the British CVs of John Scarlett or John Sawers [MI6 chief from 2009-2014] or Mark Allen [a deputy chief at MI6], all look worth shelling out for,” he added.

Previous Article
How Nazi Scientists and Their Wind Tunnels Ended Up in D.C.’s Suburbs
Next Article
Tony Blair Heading for Handcuffs and a War Crimes Indictment? Further Revelations – “Bombshells”. “Burning” the Evidence

The War Over Fracking in California has just Begun
Jun 25 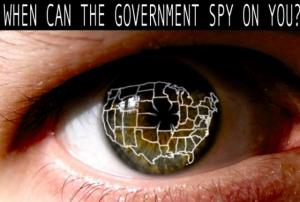 The War Over Fracking in California has just Begun