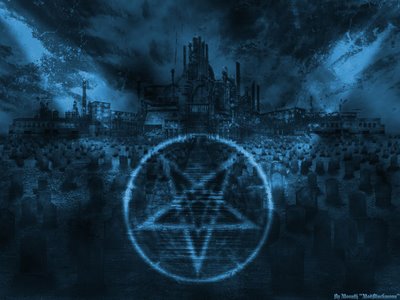 ” … The thesis, published six months ago and titled Dreamers of the Dark: Kerry Bolton and the Order of the Left Hand Path, a Case-study of a Satanic/Neo Nazi Synthesis, was submitted as part of a Masters degree by philosophy and religious studies student Roel Van Leeuwen. … “

Thesis on Neo-Nazism pulled by university

Waikato University has abruptly pulled a student’s thesis from its library after complaints from the subject of the research – a right-wing extremist. The thesis, exploring satanic and neo-Nazi themes, had already been marked and published, earning its author top marks.

It is a highly unusual move to remove a student’s work after publication.

The thesis, published six months ago and titled Dreamers of the Dark: Kerry Bolton and the Order of the Left Hand Path, a Case-study of a Satanic/Neo Nazi Synthesis, was submitted as part of a Masters degree by philosophy and religious studies student Roel Van Leeuwen.

Mr Bolton is a well-known figure both in New Zealand and Australia in the far-right movement, and is a former National Front secretary.

The university’s student newspaper, Nexus, reported today the thesis was available to read at the university’s library and on-line publishing repository, as recently as two weeks ago.

Nexus reported neither Mr Van Leeuwen nor the thesis co-supervisor, Professor Dov Bing, were notified prior to its sudden removal.

The newspaper said it established that no legal threat had been received against either Mr Van Leeuwen or the University of Waikato. Rather, the thesis was the subject of a mere complaint from Kerry Bolton.

Professor Bing told Nexus the thesis was a first-class piece of work, and was externally moderated by other universities before being published.

The thesis was assessed by two senior academics from other New Zealand universities, Professor Bing said.

They both deemed it to be a first-class piece of research.

Mr Van Leeuwen told Nexus he was surprised that he had not been told that the thesis was being pulled.

Mr Bolton’s website shows numerous letters he has sent to the University’s Vice Chancellor, Roy Crawford, complaining about the thesis.

Mr Bolton said the thesis “amounts to a poorly contrived smear-document against a private individual, namely myself”.

He said the thesis was “ineptly researched” and reading it made him feel literally and physically sick.

He pointed to what he said were numerous flaws in the thesis.

Mr Van Leeuwen said he stood by his work. The thesis had received full-class honours and it was accurate.

Mr Bolton has featured on the self-described Holocaust revisionist Adelaide Institute’s website, whose founder and director Fredrick Toben was arrested on October 1 at Heathrow Airport for holocaust denial.