THE VETTING OF SARAH PALIN, CONT'D - The Constantine Report
0 SHARES

THE VETTING OF SARAH PALIN, CONT'D

McCain, Culvahouse and the Iran/Contra Gang 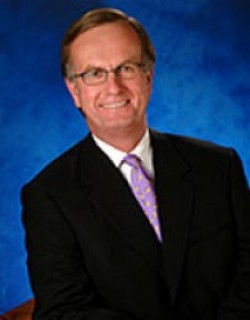 The Man Who Vetted Palin

The bold type headlines on newsstands last week with their titillating pronouncements of “dark secrets,” “scandal” and “lies,” have missed the real story by 23 years. And the insatiable pondering of how a proper vetting process of VP hopeful Sarah Palin could have overlooked an animal rights train wreck, an ongoing ethics investigation, a coziness with a secessionist group, and a potential foray into censoring library books in small town America also misses the mark.

The vetting process worked exactly as it was supposed to work: it delivered a Republican candidate with a heaping plate of character flaws and serial judgment lapses who thus wouldn’t wince at reading fiction from a TelePrompTer to 37 million Americans. (What’s the difference between George W. Bush and Sarah Palin? Lipstick.)

The real dark secret is that our country has been held hostage to this democracy-gutting strategy since the Reagan administration allowed money launderers, gun runners and their criminal defense lawyers to seize power in what is still inadequately called Iran-Contra. (Had much of the record not been classified or shredded, the public would have seen a personal profiteering operation as well as an illicit arms network involving the U.S., Israel, Iran and Central America. And until the complete record is expunged and all the players are dead, it matters greatly to the Iran-Contra gang who runs the country and has access to what’s left of that classified material.)

The man assigned to vet Sarah Palin is Arthur B. Culvahouse, currently Chairman of the giant corporate law firm, O’Melveny & Myers LLP. Could a man with the following credentials fail to sleuth out Palin’s character issues when most are readily available in newspaper and internet archives and the public domain? Mr. Culvahouse was a member of the Federal Advisory Committee on Nuclear Failsafe and Risk Reduction; the Counterintelligence Advisory Panel to the U.S. Senate Select Committee on Intelligence (1989-1990); the President's Intelligence Advisory Board (PIAB) and the President's Intelligence Oversight Board.

Here’s what the White House says the PIAB does: “Through meetings with intelligence principals, substantive briefings, and visits to intelligence installations, the PIAB seeks to identify deficiencies in the collection, analysis, and reporting of intelligence….”

If there is anyone in the country who has access to high level intelligence, it is Arthur B. Culvahouse. So if he had this massive dossier of negative intel on Sarah Palin, why wasn’t she passed over as McCain’s running mate? Unless, of course, this was precisely the profile being sought.

An in-depth review of the saga suggests that there are a limited number of people still alive who know what Iran/Contra was really about and how far it reached inside the oval office of President Reagan and the office of George H.W. Bush who served as his Vice President. Arthur B. Culvahouse is one of them and holds the unique distinction of being among just a handful of people to have read the classified material in President Reagan’s presidential diaries concerning Iran-Contra as White House Counsel as well as reviewing documents from senior administration aides. (The Reagan diaries were later published, without the classified material.) Most of the other individuals who were involved in Iran-Contra or were lawyers for those involved are either dead, hold high-level posts in President George W. Bush’s cabinet, have received high level appointments by him, or are advisors on Senator John McCain’s campaign. (These are mavericks for sure; but not in a good way.)

Here’s what Culvahouse told interviewers for the Ronald Reagan Oral History Project for the Miller Center of Public Affairs on April 1, 2004 concerning the diaries: “There was a fair amount of relevant stuff that was sensitive – his meeting with the King of Saudi Arabia where the King said he would support the Contras financially and so forth.”

In addition to the diaries, Culvahouse issued a request throughout the White House complex (including the Office of the Vice President according to the Independent Counsel) on March 27, 1987 seeking “notes,” “diaries,” and “audio tapes” related to Iran-Contra for the period January 20, 1981 to January 2, 1987.

It would not be until December 11, 1992 that the Independent Counsel, Lawrence E. Walsh, would learn that then President George H.W. Bush had kept diaries relevant to Iran-Contra but failed to produce them to investigators. Thirteen days later, on December 24, 1992, President George H.W. Bush issued six Iran-Contra pardons, including one to former Secretary of Defense under Reagan, Caspar (Cap) Weinberger. Weinberger’s trial was set to begin in 12 days and would have likely implicated George H.W. Bush in some manner.

Here’s are relevant excerpts from the Independent Counsel’s report:

It was in his capacity as President that Bush committed what will likely become his most memorable act in connection with Iran/Contra. On December 24, 1992, twelve days before former Secretary of Defense Caspar W. Weinberger was to go to trial, Bush pardoned him..President Bush also pardoned former National Security Adviser Robert C. McFarlane, former Assistant Secretary of State Elliott Abrams, former CIA Central American Task Force Chief Alan D. Fiers, Jr., former CIA Deputy Director for Operations Clair E. George, and former CIA Counter-Terrorism Chief Duane R. Clarridge. The Weinberger pardon marked the first time a President ever pardoned someone in whose trial he might have been called as a witness, because the President was knowledgeable of factual events underlying the case… In 1991 and 1992, Independent Counsel uncovered important evidence in the form of withheld documents and contemporaneous notes that raised significant questions about the earlier accounts provided by high Administration officials. The personal diary of Vice President Bush was disclosed to Independent Counsel only in December 1992, despite early and repeated requests for such documents. This late disclosure prompted a special investigation into why the diary had not been produced previously, and the substance of the diary.

Following the pardons, Bush refused to be interviewed unless the interview was limited to his non-production of his diary and personal notes. Because such a limited deposition would not serve a basic investigative purpose and because its occurrence would give the misleading impression of cooperation where there was none, Independent Counsel declined to accept these conditions...In late February 1993, Bush informed Independent Counsel of his unwillingness to be deposed. Specifically, his counsel set forth six professed obstacles preventing a deposition of the kind OIC sought. The most serious of his objections was his unwillingness to answer questions except regarding non-production of his diary. This position essentially denied the OIC the opportunity to question Bush on issues pertaining to his knowledge of Iran/Contra… The evidence establishes that the central NSC [National Security Council] operatives kept their superiors -- including Reagan, Bush, Shultz, Weinberger and other high officials -- informed of their efforts generally, if not in detail, and their superiors either condoned or turned a blind eye to them. When it was required, the NSC principals and their private sector operatives received the assistance of high-ranking officers in the CIA, the Defense Department, and the Department of State.

Pam Martens worked on Wall Street for 21 years. She has no securities position, long or short, in any company mentioned in this article. She writes on public interest issues from New Hampshire. She can be reached at pamk741@aol.com.