The Atlantic Archives: The Power Of Protest

By Conor Friedersdorf
The Atlantic | December 22, 2010

In September 1992, The Atlantic published “Dissent In Nazi Germany,” a piece that explored three acts of protest or civil disobedience that caused the Third Reich to abandon certain controversial policies, and even to release a small number of Jews from Auschwitz. The most powerful excerpt recounts the events that prevented The Gestapo from removing the last Jews from Berlin. 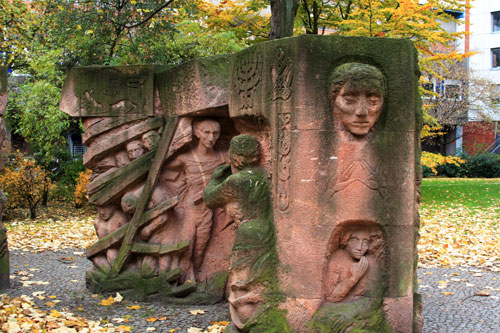 Of the 10,000 Berlin Jews arrested in the Final Roundup, 8,000 were murdered in Auschwitz. The remaining 2,000 were to experience a different fate. These Jews, related by marriage to Aryan Germans, were locked up at Rosenstrasse 2-4, an administrative center of the Jewish community in the heart of Berlin. By the repellent racial logic of the Nazis, the leadership had reason to deport these Jews before all other Jews. The Aryan spouses, who were mostly women, hurried alone or in pairs to the Rosenstrasse, where they discovered a growing crowd. A protest broke out when the hundreds of women at the gate began calling out, “Give us our husbands back!” Day and night for a week they staged their protest, and the crowd grew larger.

On different occasions armed guards commanded, “Clear the streets or we’ll shoot.” This sent the women scrambling into surrounding alleys and courtyards. but within minutes they began streaming out. Again and again they were scattered by threats of gunfire, and again and again they advanced, massed together, and called out for their husbands, who heard them and took hope. The square, according to one witness, “was crammed with people, and the accusing, demanding cries of the women rose above the noise of the traffic like passionate avowals of love strengthened by the bitterness of life.”

One protester described her feeling of deep solidarity with those sharing her fate. Normally people were afraid to dissent, fearing denunciation, but in the square they knew they were among friends. A Gestapo man, impressed by the display, announced to the Jews, “They are calling for you out there. They want you to come back – this is German loyalty.”

The headquarters of his section of the Gestapo was just around the corner, within earshot of the protesters. A few bursts from a machine gun could have emptied the square. But instead the Jews were released.

Goebbels decided that the simplest way to end the protest was to give in to the protesters’ demands. “A large number of people gathered and in part even took sides with the Jews,” Goebbels complained in his diary on March 6. “I ordered the Gestapo not to continue Jewish evacuation at so critical a moment. We want to save that up for a couple of weeks. We can then go after it all the more thoroughly.” But the Jews married to Aryans remained. They survived the war, officially registered with the police, working in officially authorized jobs, and receiving food rations.

After recounting other instances when protest succeeded in changing Nazi behavior, the author sums up the factors that portended victory: the dissent had to reflect collective revulsion at a regime tactic rather than individual disaffection, remain nonviolent to avoid the appearance of treason, and be done overtly: showing up in a public square was far more powerful than writing letters or secretly opposing the regime in one’s basement.

The larger takeaway is to recognize how capable we are of protesting actions undertaken by our government – if the spouses of arrested Jews in Nazi Germany could reverse that regime’s decision, surely citizens in the liberal democracies of today have both the capacity and the obligation to oppose injustices committed in our names. ...