CIA and drugs The Blacklist 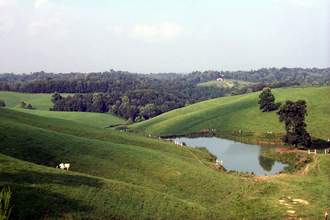 Revel in the wisteria and the rolling green hills of Blue Grass country, if you will, but wouldn’t you know … privately-contracted Raytheon (E-Systems) special forces operations are located on the east side of Lexington, down at the old Army Depot … and they’re up to their patriotic chins in hard drugs, murder, etc. In 1997, Raytheon (E-Systems) signed a contract worth $1.12 billion, “GlobalSecurity.org informs us, “to continue to provide logistical support to the U.S. Special Operations Command, its Special Operations Forces and various other federal agencies.” Due to post-Cold War cuts in defense spending, the old Army Depot has been turned into a light industrial park, but E-Systems is still the dominant presence. Advanced Technical Support Systems, another division of Raytheon, is also based at Bluegrass Station. It supplies and repairs electronic equipment for a unit at Wright-Patterson Air Force Base in Dayton, Ohio.310

And wouldn’t you know that the history of the combination, E-Systems and the Special Operations Command, includes a signally raunchy, drug-soaked Iran-contra phase, one that interlocks with Bluegrass Conspiracy outrages. San Francisco reporter David Hoffman writes, “President Reagan’s Executive Order 12333, which privatized many covert intelligence operations, placed them out of the scrutiny of Congress and nosy FOIA requesters. Not surprisingly, CIA Director Bill Casey, CIA Deputy Director for Operations Ted Shackley, and former CIA Director George Bush reportedly attended the December 5, 1980 meeting to draft E.O. 12333, which states: “‘Agencies within the Intelligence Community are authorized to enter into contracts or arrangements for the provision of goods or services with private companies or institutions in the United States and need not reveal the sponsorship of such contracts or arrangements for authorized intelligence purposes. … ‘ “Casey was the architect of the Contra guns-for-drugs operation.”311 E-Systems employees and agents at the Northeast Texas Drug Interdiction Task Force offer that E-Systems has R&D’d advanced electronic systems that enable planes loaded with contraband to enter U.S. airspace without tripping NORAD early warning systems. All of this fell under Joint Operations Command and Special Forces. Rick Rath, a former E-Systerms engineer, told Hoffman: “We had several NSA contracts, which were let under Air Force Special Ops contracts and orchestrated by Mr. Bobby Harris. One of these contracts was Flame Dancer, part of the Contra aircraft (C-47 Gunships delivered to South America, Sandinistas), and Team Casa aircraft that has slide in and slide out tail numbers. I also worked on North Sea, another of the black programs, which was tied to Desert TEA and Woodstock, which provided a large amount of electronic technology that borders on [whether] it should have been released or not to foreign nationals, possibly compromising our ability to defend ourselves with others having this knowledge. …” Team Casa was composed of “the C-47s used by Oliver North in his CIA/NSC illegal guns-for-drugs operation. ‘E-Systems is probably one of the biggest drug drops there is in this area.’ … ‘The drops are made at E-Systems and Lake Tawakoni. We’re talking bale-of-hay-sized coke shipments. … The planes’ N-numbers are always repainted after coming in. … If an airplane crashes, or let’s say a drug airplane that was seized, and you want to assume a different tail number, you just paint a new tail number on it. It’s like assuming a new identity using a death certificate. The crashed plane doesn’t stay on the FAA computer that long. You simply wait for it to die on the computer then you resurrect the tail number….’ The drugs were flown by E-Systems using government planes on contracts let by Air Force Special Operations Command.”312 All of this recalls the rabid misadventures of Gov. John Y. Brown, Jr., Drew Thornton, Dan Chandler, John Bizzack, the cocaine drops at Triad Farm, the CIA and Iran-contra connections. 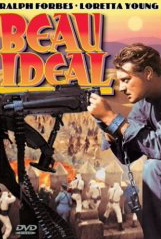 The buy-out of Raytheon’s aircraft unit came two years after the Canadian private equity firm Onex Corp. planted itself in Kentucky with the purchase of federally-subsidized Res-Care, John Y Brown III’s base of operations. “If 2006 proved one thing in the business world,” veteran Canadian financial analyst Boyd Erman observes, “it’s that no company is safe from the buyout kings who run private equity funds.”313 Onex, like Raytheon, ACS, Intergraph or most any intelligence-related contractor in the 5191 story, is an inside player, an incestuous half-sister – Canada’s answer to the Deutsche Bank Alex. Brown or Texas Pacific Group (TGP). And like these verminous terror war profiteers, Onex specializes in the infinitely-scalable leveraging of very large corporations. “With more money than ever in the hands of acquisition-hungry firms such as Kohlberg Kravis Roberts & Co.,” writes Erman, “Blackstone Group and Canada’s own Onex Corp., investment bankers and analysts predict more to come in 2007. Globally, private equity buyout firms announced more than $700-billion (U.S.) in planned purchases in 2006, almost three times as much as in 2005. And even after that spree, they still have $1.6-trillion to spend, according to investment bank Morgan Stanley, with about a quarter of that amount coming from capital put up by investors and the rest coming from loans or bond sales (that’s the leverage in a leveraged buyout).” Onex and the Texas Pacific Group were partners in one recent takeover. In January 2007, a small consortium of investment firms, including TPG and Onex, picked up Qantas Airlines, valued at some $10.9 billion.314 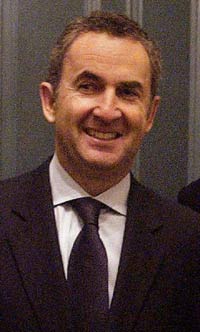 Gerald Schwartz Onex is family. The takeover of ResCare – with its Company and Mob ties – was more commercial inbreeding of Soprano-run business entities. Onex CEO [Gerald] Schwartz was chair of recently-dethroned Prime Minister Paul Martin’s corporate fundraising drive. Martin was pro-SDI and all that rot; Onex’s Schwartz contributed a total of $312,587 personally and through his subsidiary companies. Martin became the 21st prime minister of Canada on December 12, 2003 … six weeks later, the government revealed that CSL Group Inc., where Martin was CEO (and the sinister Maurice Strong a director), received some $162 million in federal government contracts after Paul Martin was appointed Minister of Finance in 1993. This figure disagreed with another released in 2003 that suggested CSL only earned $137,000 in this period.315 Other contributors: the Irving family, CanWest Global Communications Corp., (Richard Perle’s) Hollinger, Amadeus Capital Corp, Harry Steele (chairman of Newfoundland Capital Corporation Ltd., which operates 65 radio stations across Canada, and director of the Atlantic Institute for Market Studies), KPMG, PricewaterhouseCoopers, D.M. Firestone (head of Glendale Corp. of Toronto), Toronto developer Elvio DelZotto, Alliance Atlantis and Calgary Oil and Gas Exploration Company, Harvard Energy. Onex, a company of Canadian Sopranos, bought out Boeing’s commercial airplane division in June 2005. If ResCare and Raytheon are revisiting that hard-nosed budgetary experience, the ride may not be pleasant … Canadian blogger Tom Hull writes: “The Boeing plant in Wichita KS, where my father worked for over 35 years, and my brother worked for 23 years before his layoff last year (he’s back now), has been sold to a Canadian company called Onex. … The possible upside is that Onex can search out other customers, but the overall prospects for U.S. manufacturing aren’t good. … Boeing is keeping some of their military business here – nobody’s sure just what the facilities split is. Much of the Boeing plant here was actually built by the U.S. government during WWII, where a series of legendary bombers were built: B-17, B-29, B-47, B-52. Wichita nearly doubled in size during the 1940s when farmers like my father moved to town to build airplanes. Boeing is much smaller here now, but still by far the largest employer in town. For my father’s generation it was good work. Today Boeing is a hopelessly corrupt deadbeat company that survives through inertia and political scams. (Another Boeing executive just went off to jail.) I’m tempted to say good riddance, but it’s more likely to be a long, agonizing decline.”316

ResCare boasts that it is “America’s largest private provider of services to people with developmental disabilities.” If so – and if the complaints posted on the Net are any measure – American care for the disabled is disgraceful, as one former employee in Las Vegas claims: 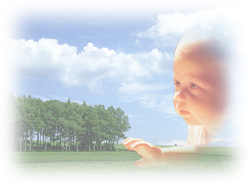 “I worked for EduCare, a subsidary of ResCare, for almost two years. After a violent incident with one of the consumers I decided to work on oncall status, March 2006. [At] the time I worked at Educare, the top administrative people were fired for embezzlement. It was reported that over a MILLION dollars was stollen. All the while, we staff could not get raises, I was not offered health insurance after going to fulltime status. One week before my wedding, $600 was stolen out of my wallet. I think it was the staff I worked with. I reported it to my supervisor the day it happened and nothing was ever done. … Before I left they made a rule that the clients could only shop at Wal-Mart. Even if food was cheaper at other stores. What happened to choices??? And by forcing them to shop at a specific store they would have less money for activities. Truly a disgrace! … Supposidly there is a 1 800 complaint number ResCare offers, but I never saw the number. If all else fails, and there are issues involving the clients, go to the clients social workers. They are legally bound to investigate all alligations of abuse and neglect. That is how they found out about the embezzling. But you would think a huge corporation would have thier own way of checks and balances, but this one obviously does not.”317 And WAREHOUSING the disabled must be the new wave in health care? Texas WFAA-TV (Dallas News 8), February 8, 2001 News 8 investigates ResCare Part II  [Transcript excerpts] 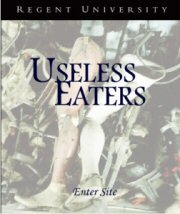 “Thirty years ago, a process began in this country to s warehousing people with mental retardation in state institutions and move them out into community-based group homes. … ResCare is the largest provider of group homes in Texas and the nation. In Texas, many people may know ResCare as EduCare, because the two firms merged about two years ago. … No one else comes close in sheer volume of clients or revenue. It’s become a multi-billion dollar business, which has some asking why the company only allocates $5 per day per person to feed their mentally retarded clients. … According to ResCare, the amount [$5 per day] is an ‘acceptable and widely used rule of thumb for a daily food budget’ and ‘falls within the official guidelines available from (USDA).’ … Today, criticism of ResCare’s treatment of their mentally retarded clients extends beyond just food and the borders of Texas. The company has come under fire in Florida, Indiana and New Mexico, where there is a moratorium on placing any new residents in ResCare facilities because of serious health and safety issues. … But what concerns advocates for the mentally retarded is that despite numerous warning signs over the years, state regulators have continued to let ResCare expand — to the point that even if regulators needed to close ResCare’s facilities, there wouldn’t be enough other group homes to take in their clients.” This is where faith-based privatization of disabled people has gotten us. Ronald Geary and John Y. III are Kentucky fat-cats – they staked their fortunes in the human warehousing biz and are highlights in the business and society pages. In Snopesland, no hypocrisy is too outrageous, and that’s why Blue Grass entrepreneurs tend to be cartoonish mutations of the Southern Patriarch … [To be continued … ] NEXT … 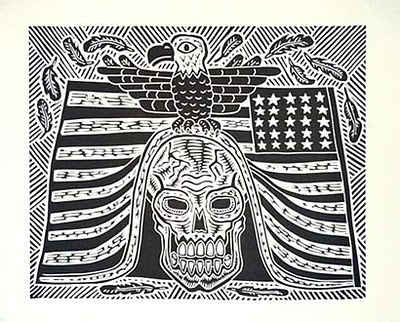