Summary of "One More River to Cross: The Redemption of Sam Cooke," by B.G. Rhule (Amazon) 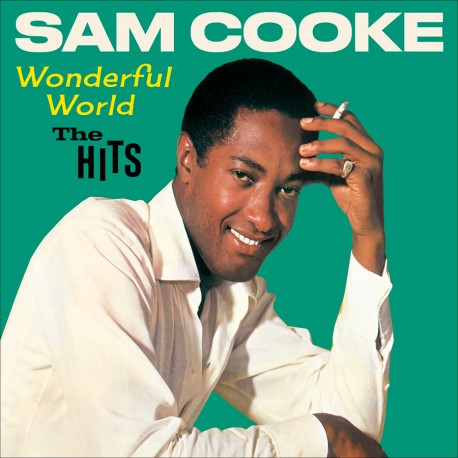 Sam Cooke was the son of a Chicago Baptist minister who had moved his family from Clarksdale, Mississippi for greater opportunity and freedom. From an early age, Sam knew he wanted to be a singer, and began first in his father's church choir, before progressing to The Highway QC's and finally The Soul Stirrers, on the Specialty Records label, considered one of the most popular gospel groups of its time. Gifted by both a hot buttery voice and equally handsome countenance, Cooke found himself the father of five children, and one stepson at an early age, and needed a greater economic opportunity to support his family.

With his father's blessing, and having seen his Specialty Records colleague Lloyd Price's $18, 000 residuals check, he did the unpopular thing in the secular world and crossed over to popular music in 1957, signing with Keane Records, before ultimately ending up with RCA. His first hit, "You Send me," was a million-seller, and Cooke would go on to have over a dozen top selling songs, including "She Was Only 16," "Havin' a Party," "Another Saturday Night," "Chain Gang," "Sad Mood," "Let the Good Times Roll," "Wonderful World," "Cupid," "Bring It On Home To Me," (with childhood friend Lou Rawls), and his civil rights anthem written specifically for Dr. King's SCLC, "A Change is Gonna Come." With the backdrop of civil rights, Sam grew increasingly compatible not only with King's movement, but with friends Malcolm X and Cassius Clay (Muhammad Ali), in terms of black self-empowerment. He published not only his own music, but produced other young black artists including Billy Preston, Mel Carter, The Valentinos, (Bobby Womack and his brothers), The Prudhommes, Johnny Morisette, Johnny Taylor, The Sims Twins, and others.

An accountant-turned- music manager, with ties to the underworld, Allen Klein, approached Sam with a plan to retrieve back royalties. In 1964. Sam wanted Klein to assist him with a booking at the then highly coveted Copacabana Nightclub in New York. Unbeknownst to Sam, Klein did that with monies he siphoned from Sam's labels. That would be the tip of the iceberg with Klein attempting to get Sam's publishing, which is where the money was in the music business, almost total dominated by the underworld in the 50s, 60s and 70s.

Sam's death on December 11, 1964, came days before he was to announce the parting of ties with Klein, and the reasons behind that decision. That the LAPD declared his death at the hands of a $3 a night motel manager in South LA "justifiable homicide," without investigating Sam's battered body nor the prostitution record (plus police ties) of the woman who alleged he tried to kidnap her , opens the door for a new investigation to clear Sam's reputation in history, and to finally get justice for his family. ONE MORE RIVER TO CROSS: THE REDEMPTION OF SAM COOKE spares no effort in this endeavor. Through court documents and countless interviews with family, friends, and fellow musical artists, this biography hits hard at those who wished to betray Sam and those who profitted from his death. It is the first book that his brother David Cooke stated "had a real and factual ending," and "takes readers on the trail of the truth", according to his nephew Eugene Jamison, who spent a lot of time with his Uncle Sam Cooke.