In 2008, the Carlyle Group made a large $910 million investment to buy a majority stake in Booz Allen’s government consulting business. The deal saw Booz Allen’s big government advisory unit, which produced most of the firm’s revenue, split off from its corporate consulting group, on the eve of the financial crisis.

But Washington-based Carlyle, which has a long and successful history doing deals involving government contractors, has really made the Booz Allen deal work. It has been an amazing transaction for Carlyle. The private equity firm has made $2 billion in realized and unrealized profits on the Booz Allen Hamilton deal so far. Its $910 million investment is now worth $3 billion.

Carlyle’s acquisition of Booz Allen looked risky back in 2008, but Carlyle believed it could unlock value by separating the cash generating government advisory side of the business from the corporate consulting part of the company. Shares of Booz Allen fell by 3.6% in Monday morning trading after one of its employees, Edward Snowden, leaked information about a secret National Security Agency surveillance program.

Carlyle owns about two-thirds of Booz Allen, which earned $219 million in the year ending March 31, on revenues of $5.76 billion. In 2008, the year Carlyle bought the business, it made $18 million in profits on $3.6 billion in revenues.

Carlyle took Booz Allen public near the end of 2010. The IPO was modest, raising $238 million and pricing at $17 a share, the lower range of what was forecasted at the time. The stock market has never been a big fan of Booz Allen—the stock is currently changing hands for $17.29. As recently as March shares of Booz Allen were trading for $12.59, but they have rebounded strongly in recent weeks.

Stock investors may not be too keen on Booz Allen, however, debt investors love it. As a result Booz Allen has been able to borrow money at relatively cheap rates in the debt market and pay fat dividends to Booz Allen’s shareholders. Because of its big equity position, most of that money has gone to private equity funds run by Carlyle.

The dividends started flowing to Carlyle before it took Booz Allen public. Booz Allen paid big dividends twice in 2009, resulting in Carlyle receiving payments of $104 million and $444 million. Special and regular dividend payments continued to flow to all of Booz Allen’s shareholders after the company became publicly-traded, including a large special dividend last year that saw Carlyle get $621 million. Carlyle’s stake in Booz Allen is now valued at $1.66 billion.

In a statement, Booz Allen said that Snowden has been an employee of the company for less than three months, adding that “news reports that this individual has claimed to have leaked classified information are shocking, and if accurate, this action represents a grave violation of the code of conduct and core values of our firm.” Carlyle declined to comment.

There was a time when Carlyle’s ties to the government made the private equity giant a target of conspiracy theories, but the firm has worked hard and successfully to improve its image and limit its connections to the government. In recent years Carlyle has escaped much of the public criticism that has dogged other big players in its industry, like Bain Capital. While other private equity firms have increased their hiring of ex-government officials, Carlyle has moved away from the practice. KKR, for example, recently hired former CIA chief David Petraeus. But Carlyle still does deals in the government space and Booz Allen has been one of its most successful such investments in recent years.

(CorpWatch, 2008, before the Carlyle takeover)

Booz Allen prides itself on the long-term personal relationships it has forged between its personnel and their government clients. “We stay for a lifetime,” Mark J. Gerencser, the senior vice president in charge of Booz Allen’s government contracting division, remarked in 2006. A quick study of their biographies posted on Booz Allen’s Website suggests that this is indeed true – the senior management have shuttled back and forth between the company and the government for their entire lives.

As the director of Booz Allen’s U.S. government business, for example, Gerencser serves in “several broad-based roles,” including “representing industry” to the Office of the Secretary of Defense and the Joint Chiefs of Staff, which manage the Pentagon’s vast intelligence operations. He is also a member of Booz Allen’s leadership team that sets the strategic direction of the company, and has run many of the war games staged by Booz Allen for its government clients.

Just below him in the company’s intelligence hierarchy is Ken Wiegand, another senior vice president. Weigand came to Booz Allen in 1983 after working for a decade in Air Force intelligence, and now leads the firm’s work for national intelligence and law enforcement agencies and the Department of Homeland Security. His specialty, the Website says, includes imagery intelligence operations, which are managed by the NGA, one of Booz Allen’s most important clients.

Senior vice president Joseph W. Mahaffee, a veteran of naval intelligence, is the leader of Booz Allen’s Maryland procurement office business, which puts him in charge of the company’s contracts with the NSA in Fort Meade. He focuses on “meeting the Information Assurance mission objectives” of the NSA with various technology services, including systems engineering, software development and “advanced telecommunications analysis.”

Another key Booz Allen figure at the NSA is Marty Hill, who came to the company after a 35-year career in signals intelligence and electronic warfare and previously served as an expert on “information operations capabilities and policy” for Donald Rumsfeld’s Pentagon. He leads of team of 1,200 professionals engaged in all aspects of “signals intelligence” including technical analysis, systems development and operations.

Vice President Pamela Lentz is a former cryptology officer with the Navy and once worked as a program manager for TRW, one of the nation’s oldest intelligence contractors (it is now owned by Northrop Grumman). She is Booz Allen’s “client service officer” for the DIA and other military intelligence markets, which includes intelligence units within the Navy, Air Force, Army, the unified combatant commands and the undersecretary of defense for intelligence. Among other tasks, Lentz manages a 120-person Booz Allen team that supports the NRO, the Pentagon agency that manages the nation’s military spy satellites. She also runs a task force that supports human intelligence collection efforts at the DIA.

Vice President Laurene Gallo, a former intelligence analyst at the NSA, leads a Booz Allen “intelligence research and analysis” team that support several agencies, including the CIA, the DNI and the National Counterterrrorism Center. Vice President Richard Wilhelm, whose job at Booz Allen is to work with the CIA and the ODNI, came to the company after a long career in U.S. intelligence that included stints directing the Joint Intelligence Center for Iraq during Operation Desert Storm and the NSA’s first director of information warfare.

Vice President William Wansley, a former Army intelligence officer, leads a team of experts in “strategic and business planning” who support the CIA’s National Clandestine Service, the part of the CIA that conducts covert operations and recruits foreign spies, as well as the DNI. Another vice president Robert W. Noonan, a retired Army lieutenant general who once served as the Army’s deputy chief of staff for intelligence and the commanding general of the U.S. Army’s Intelligence and Security Command, is in charge of expanding Booz Allen’s military intelligence business within all the armed services, the combatant commands, the DIA and the Office of the Secretary of Defense. 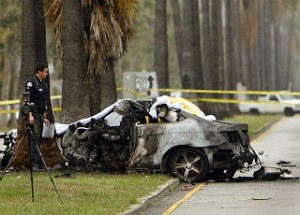