Is the John Birch Society Responsible for Spreading Most of the JFK Assassination Conspiracy Theories? - The Constantine Report
0 SHARES

GOP Watch » Is the John Birch Society Responsible for Spreading Most of the JFK Assassination Conspiracy Theories?

Is the John Birch Society Responsible for Spreading Most of the JFK Assassination Conspiracy Theories?

"... It’s no wonder that the Kennedy assassination has become associated with crackpots and nutcases as most of the stories and misleading information were spread by right-wing whack-jobs like the Birchers. ..." 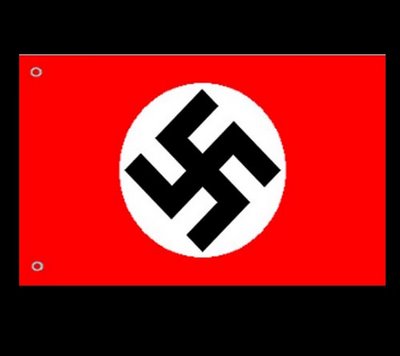 Just one month after President Kennedy was assassinated, one of the founders of the John Birch Society came out with an article entitled, “Marksmanship in Dallas". Revilo Pendleton Oliver, the man whom JBS figurehead Robert Welch described as, “quite possibly the world’s greatest living scholar,” outlined some of the great conspiracy theories that would dominate the JFK assassination debate over the next forty years.

Revilo’s article is extremely disturbing and demonstrates how much the far-right hated JFK and how much contempt they had for liberals, blacks and Jews at the time. Revilo asserts that Oswald was a communist and had helped communists everywhere, including the U.S. government. This article would unleash a flood of far-right literature designed to obfuscate the facts of the assassination.

It’s no wonder that the Kennedy assassination has become associated with crackpots and nutcases. as most of the stories and misleading information were spread by right-wing whack-jobs like the Birchers. Their message always seems to be, don’t trust the government or the political left,while implicating the usual suspects; it’s all part of a communist plot, or maybe LBJ was involved with help from the CIA, possibly the Illuminati, and you can bet that the One-Worlders in the Council of Foreign Relations were behind it. In all the noise, an American President’s murder becomes a joke and any possible conspirators walk cleanly away.

A careful reading of the record reveals that the major conspiracy authors have a lot in common with the John Birch Society perspective.

Many of the right-wing JFK conspiracy propagators share something else: connections with extremist organizations and groups. Mark Lane, author of “Rush to Judgement,” ended up working for the ultra-racist Liberty Lobby and defended people like James Earl Ray and holocaust denier Willis Carto. Revilo P. Oliver went on to organize the National Alliance with William Pierce, and then went to work for the Institute for Historical Review in trying to discredit the Holocaust. Victor Marchetti and Fletcher Prouty used the Orange County-based Holocaust denial network to spread their stories. ...

This article was originally published on Saturday, December 22, 2007

[…] and the little-remembered, but vicious Ku Klux Klan killing of Viola Liuzzo 53 54 – were the same sort of Americans55 who would decide to kill their own president, a man they maliciously bad-jacketed as a […]

Simon falsely describes Harry Dean as “ex-FBI/CIA” and as an FBI informer inside the JBS.

Furthermore, there is no documentary evidence to prove that Harry provided any information to the FBI about the Birch Society or about any JBS plot to murder JFK.

You may see a very detailed critique of Harry’s assertions (based upon his FBI and CIA files) here:

I disagree with the article’s attacks on Jim Garrison, who did not advocate a “Bircher Theory” in any way. In fact, he pointed the finger at right-wing, cold-warrior factions of the US Military/Intelligence Complex. Hardly “Bircher” targets. In OTOTA, he clearly connects fascist/Nazi elements to the crime through his exposure of Clay Shaw’s ties to Permindex.

I’m unsure about Mark Lane, however. While he has defended suspicious people (Posner, Jim Jones, etc.), his defense in the Hunt trial was mainly aimed at exposing the CIA. His books contained much useful information.

However, acknowledging that Lane is a former US Army Intelligence agent and served as a lawyer for the “People’s Temple” MKULTRA project, it is probable that he was an agent. I just can’t see how his book “Plausible Deniability” helped the perps.

I take issue, however, with the implications made against James Earl Ray. Is the article-writer unaware of the testimony of Lloyd Jowers, which, along with other evidence, implicates covert, right-wing elements of the CIA, FBI, Military-Intelligence, and Memphis Police Force?

I will, however, agree that the John Birch Society has connections to the JFK Assassination:

-Harry Dean (Ex-FBI/CIA), an FBI snitch within the John Birch Society, reported that members of the organization (Among them Edwin Walker and John Rousselot) hired Eladio Del Valle and Loran Hall to kill JFK.

-H.L. Hunt of the John Birch Society owned space in the Dal-Tex Building, where many believe shots were fired from. Arrested coming out of the Dal-Tex Building was Eugene Hale Brading, an organized-crime thug who had been in JBS member Hunt’s offices on the day prior to the assassination.

-W. Guy Banister (Freemason), the FBI/ONI veteran and CIA man who supervised Oswald in New Orleans, was a member of the John Birch Society, along with an important player in several other notable right-wing extremist groups.

-Joseph Milteer, who predicted the assassination 13 days prior to it’s occcurrence, had ties to the John Birch Society.

PS – As to “drinking the Kool Aid and Mark Lane, I suggest my article The Black Hole of Guyana: The Untold Story of the Jonestown Massacre available at http://www.ratical.org to expose the Kool Aid lie and Mark Lane’s role in history.

so what’s the point? Granted these people might put a commie or goofy spin on it, but the evidence points in precisely the combo cia mafia lbj oni etc. direction
that the extremeists mention.

That they say don’t trust the government, is merely a start for trust them instead, not a proof that the JFK conspiracy theories are wrong.

One way to defang a dangerous upsurge in seeing through you is to get on the bandwagon, with some twists thrown in.

admin October 31, 2010
| |
Mary Chrisitne so what's the point? Granted these people might pu

“so what’s the point? Granted these people might put a commie or goofy spin on it, but the evidence points in precisely the combo cia mafia lbj oni etc. direction”

You’ve been drinking the Kool-Aid, put LBJ and Mafia in the middle of it, and fail to even mention “Minutemen” (Birchers), Nazis, at the core. Your formula isn’t Posnerized, so you’re step up – it’s “Birched.” The widely-publicized Mafia template is a contrived distraction. Same with the LBJ books.

You are apparently confused about the assassination because you fell for the misinformation, and it is MEANT to confuse you.

They MEAN don’t trust liberal, Democratic government that serves the interests of the people. This is why Birchers demonize “big government,” health care, any expenditure that serves the common good. They serve the same military-industrial corporations that financed Germany’s Nazi Party. Do you trust THEM? Birchers are the ultimate corporatists, and the conspiracy theory is a programming tool. Eisenhower was called a “communist” to drive the proles drinking their Kool-Aid even further to the right during the Cold War. The MO is the same today. It’s a transparent psychological manipulation once you realize that Birchers are in the business of mental programming via the usual fascist methods of scapegoating, ultra-nationalism, red-baiting, ersatz propaganda and conspiracism, etc.