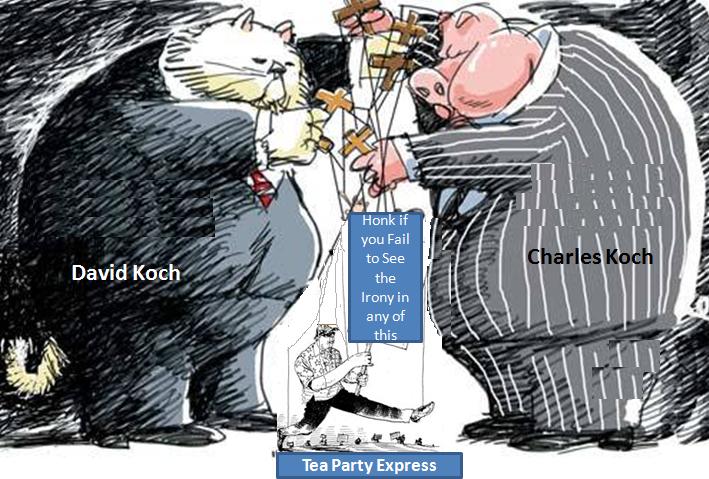 Is The New Yorker's Jane Mayer being smeared with false plagiarism charges because of her nasty profile on the powerful Koch brothers?

NY Post reports that for the past few weeks Jonathan Strong, a reporter from the Daily Caller, the conservative website founded by Tucker Carlson and former Dick Cheney aide Neil Patel, has been on a trail to uncover plagiarism evidence against Mayer for a revealing article she wrote on conservative billionaire brothers Charles and David Koch for the August 30th New Yorker.

The person who tipped the Caller off to a possible scandal remains a mystery, and Carlson told the Post that he had no idea who the information had come from. The accusations, as it turns out, were "absolutely without merit" -- according to no less a source than the person Mayer was supposedly plagiarizing, liberal blogger Lee Fang:

"Jane Mayer properly credited me in her story... She clearly did a ton of her own research. I have nothing but admiration for her integrity as a journalist."

Fang, who has also blogged about the Koch brothers' Tea Party ties (he posted an article yesterday where he says that David Koch "masks his role as one of the top financiers of the Tea Party movement") is no stranger to strong criticism, having inspired posts with titles such as "Lee Fang: Deception or Incompetence" from conservative websites such as Verum Serum.

New Yorker editor-in-chief Dave Remnick said about the Mayer plagiarism accusations: "It seems like someone is trying to stir up trouble where none exists."

It turns out that a second "tip" on Mayer's plagiarism was also forwarded to the Daily Caller, this time involving a story she wrote in 2002 on SEC regulations and accounting. Once again, this allegation was discredited by the person Mayer was supposedly plagiarizing, Paula Dwyer for Business Week.

So why would someone go through "almost 10 years of articles" trying to uncover a story on a reporter about whom "no one has ever raised ethical issues before"?

Keith Kelly at the NY Post almost seems to suggest that it's a conservative conspiracy. Kelly writes:

"Mayer's piece... left plenty for the billionaire Koch brothers to be furious about. Aside from family feuds and dirty laundry, it detailed how the brothers, who control Koch Industries -- the second-largest privately held company in America, with sales estimated at $100 billion -- were also backers of a wide network of conservative think tanks and groups that helped spawn the Tea Party revolution... "

The Daily Caller has since dropped the story.