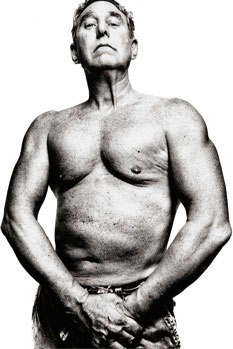 Next week, Scott Rothstein's former political czar, veteran Republican operative Roger Stone, will be deposed in the federal bankruptcy case involving the RRA firm. At issue is an $80,000 "loan" that Rothstein allegedly gave him.

Stone says he doesn't ever recall getting a loan from Rothstein.

"There was never any one $80,000 disbursement," said Stone. "That's the sum total of various political work I did for him. I took it as income and paid taxes on it. He was a bullshitter; he never did any business. He didn't give; he took. I'm scratching my head on the booking of it as a loan. If I owe something, I'll be happy to pay it, but this is a question of reconciling my books with his."

Stone said the brunt of the money he was paid by Rothstein -- who also supplied him a prime corner office at the firm -- came for his work in helping to promote then Gov. Charlie Crist as a potential vice presidential pick for Republican presidential nominee John McCain. He said he came through: Crist's name, at least according to every major media source at the time, was on McCain's short list. 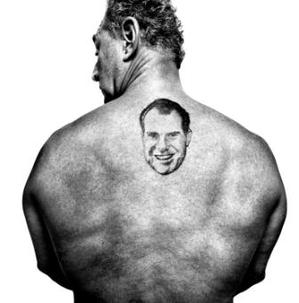 He said he wasn't specifically paid for some work, including his lead role in helping Broward Sheriff Al Lamberti beat challenger Scott Israel in their 2008 race.

"That's one reason I was so angry when I found out Rothstein was funding Israel's campaign," Stone told me today. "I said to Scott, 'You got me into this, I get involved, you tell me that electing Lamberti is a top priority, and I find out you're funding Scott Israel. What's that all about?'"

So what did Stone get out of his work for Lamberti?

​"Victory was my payment," he said. "That plus anything I can do to publicly humiliate [Broward lobbyist and Scott Israel backer] Judy Stern is a payoff. She's a blight upon the Earth. She's the lowest life form known to man. She's evil personified. She makes me look like St. Thomas Aquinas. How can you tell when Judy Stern is lying? Her lips are moving. Is that enough material on Judy Stern yet?"

Stone wasn't done with the comic riffing. When I noted that a lot of the Rothstein Ponzi money came from people with strong ties to Israel (Nordlicht, Huberfeld, the Levys, etc.) he said. "Well, you could put that another way -- all the money came from Jews," he said.  "This is Jew-on-Jew crime. I'm a Catholic, so what business of it was mine? I don't think Rothstein took any gentile money."

That may be an exaggeration, but Stone said he had no sympathy for any of the people, no matter what their religion, who lost money with Rothstein because he had no record of financial success in the past and the scam was flimsy and easy to see through.

"I have no sympathy for those who lost their money because anybody who gave this guy money did no due diligence," he said. "If they had, they wouldn't have given Rothstein the money. [George] Levin was supposed to be a good businessman -- what was he thinking? They based their investments on a piece of paper about bogus legal settlements?"

He finished the phone call with a final dig at another player in the drama, Rothstein's lawyer, Marc Nurik.

"I've read that Rothstein is facing 100 years in prison," he said. "With Marc Nurik as his attorney, he'll likely get the death penalty."