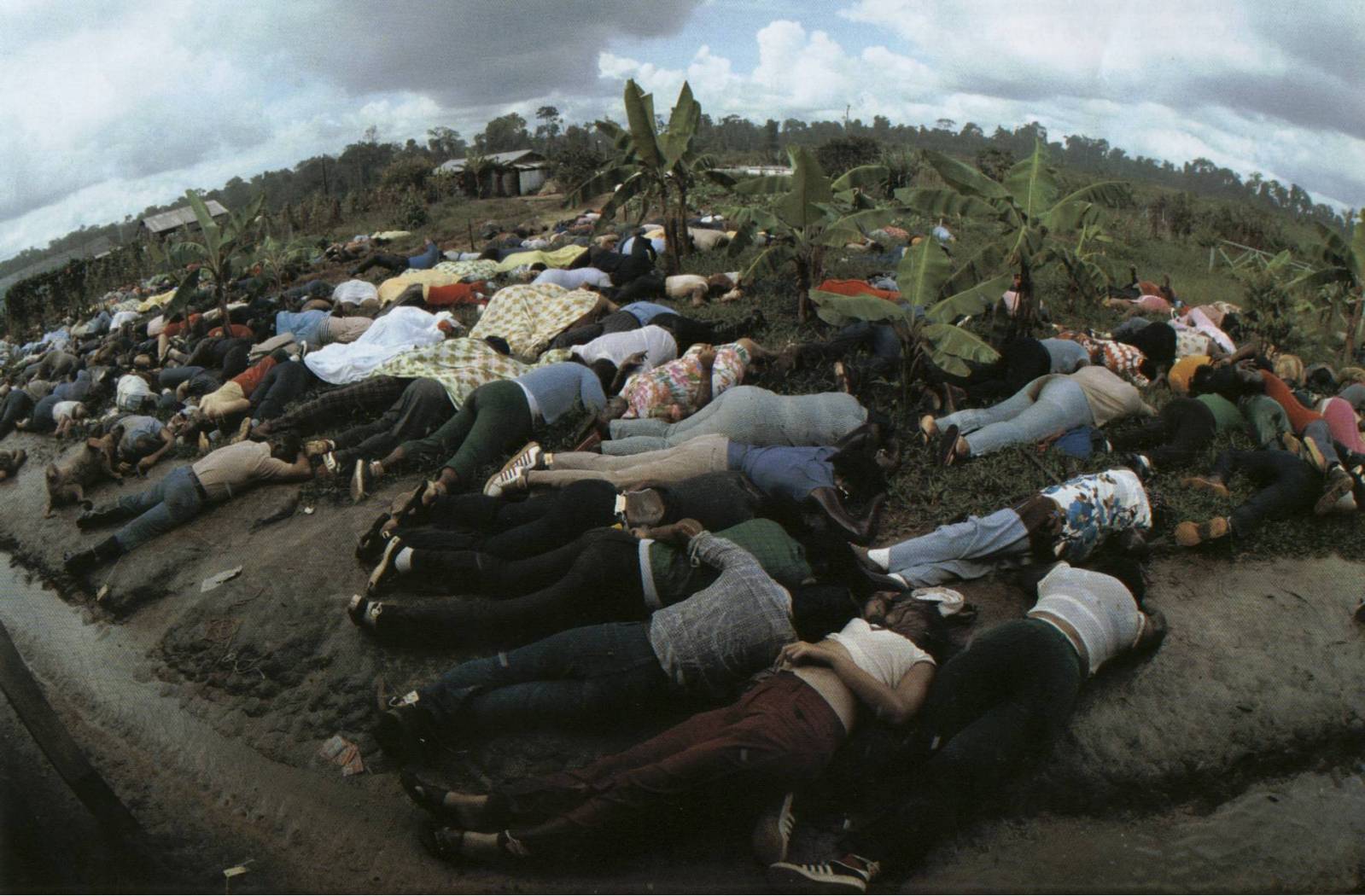 Also see: “The Truth Behind the Jonestown Massacre“

November 18th, 1978 is one of the most tragic days in American history.

Tragedy takes many forms in our society, but there is nothing more tragic than the violation of one’s faith. People believe, sometimes, because they have nothing else to believe in. Some people believe because they don’t know what to believe, and in search of truth they become vulnerable to false doctrine and disingenuous propagation. People can be convinced to believe almost anything. In fact, some do. Manipulating people is not a new phenomenon. It just takes on different forms.

Thirty four years ago this week, religious fanaticism took the lives of 918 people, including 305 children. In a place that was termed “Jonestown,” Guyana, named after a cult leader named the “Reverend” Jim Jones. Jones led a church called “the People’s Temple.” False prophesy and hidden agendas always come framed in the context of “the people.” If people think it’s good for them, whether it is or not, they’re likely to be open to ingesting false doctrine.

Do they not deserved to be remembered for falling victim to “freedom of religion” turned religious fanaticism? No more than people who died when “Free Speech” turned to hate speech, be it racial fanaticism or ideological fanaticism (i.e. fascism), we memorialize the people who fall prey to fanaticism.

So, why not the victims of the Jonestown massacre?

In reality, Jonestown is one of the biggest cover-ups lost to history. The facts are the facts in the eventuality of what occurred, but the biggest fact discovered was that Jones had mislead his followers, was under Congressional investigation for operating as a church when it was actual enslavement of persons against their will. Congressman Dan Ryan and three journalists went to Guyana on a mission to get a firsthand observation. As they returned to their plane, they paid with their lives. Within three hours, over 900 people—including Jones—were dead.

The U.S. Government terminated its investigation of the People’s Temple, shipped the bodies home and buried many of them in mass graves. An ugly tragedy, with an ugly finality and no real justice to speak of. Time has passed and much of that reality hasn’t changed. It has been left to family members to try to do three things; 1) heal themselves amidst an unexplainable tragedy, 2) keep the memories of their loved ones alive, and 3) keep the truth about Rev. Jim Jones alive as remnants of the People’s Temple try to elevate his memory as some “savior figure.” That last one is an insult to everyone that died that day on the Jones church’s Guyana compound. It insults our intelligence, sense of dignity and distorts our framework of social reality by belittling the memories of the victims. It is important that people live in dignity and die in dignity. Being buried in a mass grave, without as much as a marker, is not dignity. It’s history being forgotten.

In Oakland, California, at Evergreen Cemetary, 406 people—mostly the children of the Jonestown Massacre, lay in a mass grave, their humanity unrecognized, their dignity forsaken and nearly lost to history—outside of their families. When their families go, the memory will go.

Efforts are being made nationwide to build a memorial—a healing wall to forever remember the children of Jonestown. Do they not deserve to be remembered? Or are they among the forgotten?

Who will be the forgotten ones, when history is told, should be the preoccupation of all. It rarely is. Most will live and die without a legitimate cause, and become invisible in time without as much as a footnote. Others died for a reason not of their own volition, and should be remembered for the cause in which they gave their lives—or in which their lives were taken. In other words, they should be remembered for the tragedy—their tragedy, our tragedy. The rebuilding of the Twin Towers in New York is such an occasion where we memorialize those who died on that fatal day, and each one of the 3,000 people who perished has their name around the new building. “Ground Zero” was a mass grave for the many whom were either incinerated or never found. It is now sacred ground, a place of closure and healing for the families of 9/11.

The same sacredness should be given to the children and families of the Jonestwon Massacre. Thirty four years is too long to ignore the pain of Americans who fell victim to religious fanaticism. We cannot ignore it as “their choice” no more than we can ignore violence against blacks, Jews, gays or others simply because they used free speech to stand up against society’s fanatics. Fanaticism is a social problem of which people fall victim to. When they do, and a great tragedy ensues, it is society’s duty to honor memory and make a statement against fanaticism at the same time. That is the lesson we’ve learned from September 11th, 2001.

What are the lessons we’ve learned from Jonestown 34 years ago? Or are there any?

Support the “Cherish The Children” healing wall for memorializing the children of Jonestown at www.jones-town.org. Don’t let another 34 years go by without acknowledging this societal tragedy.