" ... Magliocchetti founded and owned the now-defunct PMA lobbying group, which was a major player on Capitol Hill for nearly two decades. ... " 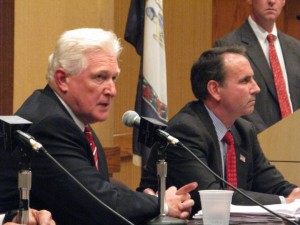 ALEXANDRIA, Va. - Federal prosecutors recommended a prison term of nearly five years Monday for a former lobbyist who specialized in getting congressional appropriators to funnel money to his defense contractor clients.

In papers filed in U.S. District Court here, prosecutors said Paul Magliocchetti should serve 57 months behind bars because his criminal activities driven by greed caused significant injury to the image and integrity of the nation's electoral process.

In a separate court filing, Magliocchetti's lawyer, Lindsey R. Vaala, recommended that her client be sentenced to probation and home confinement of 1 to 5 years, on grounds that the former lobbyist suffers from serious mental and physical illnesses which would irreversibly worsen if he is sent to prison.

The elder Magliocchetti founded and owned the now-defunct PMA lobbying group, which was a major player on Capitol Hill for nearly two decades.

Before becoming a lobbyist in the late 1980s, Magliocchetti served as a staffer on the House Defense Appropriations Subcommittee, which for many years was chaired by Rep. John Murtha, D-Pa., who died earlier this year. 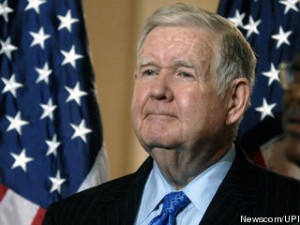 Murtha collected $2.37 million in campaign contributions from Magliocchetti's lobbying team and the companies it had represented over the years, according to the Center for Responsive Politics, which tracks political donations.

For nearly five years from 2003 to 2008, according to the 18 page indictment, Magliocchetti concealed campaign contributions from the Federal Election Commission. The indictment does not allege wrongdoing by any lawmakers. PMA's ties to lawmakers on the powerful House subcommittee in control of Pentagon spending were scrutinized by ethics investigators and were cleared.But Magliocchetti now faces criminal charges. In some instances, prosecutors allege, Magliocchetti directed family members to make contributions and then paid them back. He also recruited two acquaintances who lived near his Florida vacation home to write checks to candidates, court papers allege. Magliocchetti reimbursed them by writing personal checks or company checks or by putting them on PMA's board of directors, even though they never worked as lobbyists and never attended board meetings, according to the indictment.

Magliocchetti also instructed the firm's lobbyists to make political contributions, then repaid the employees with either personal or company funds, the indictment alleges.

Dirty Money: Will Rep. Elton Gallegly Give It Back?

Rep. Elton Gallegly (R-Ca.) has received $7,000 in dirty political contributions from the PMA Group (PAC).  PMA Group (Paul Magliocchetti and Associates) was a defense lobbying group that is now the focus of multiple federal investigations concerning allegations of influence peddling and other corrupt activities, mostly associated with earmarks.

Just a year ago, PMA was among the largest lobbying firms in Washington, D.C., with almost three dozen lobbyists, most of whom had congressional or Pentagon experience.  PMA clients received more than $300 million in earmarks in the current fiscal year, according to Taxpayers for Common Sense.  Rep. Gallegly reaped the second highest number of earmarks for PMA clients at $15.7 million.  The firm’s office was raided in November by FBI agents. The company has disbanded and closed its doors.

Democrats: CIA is Out to Get Us