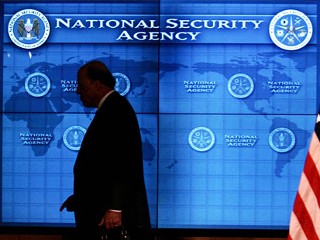 Prosecutors failed Monday to persuade a federal judge in Baltimore to order the disclosure of the names of two expert witnesses who might be called in defense of a former National Security Agency official accused of leaking classified information to a newspaper reporter in 2006 and 2007.

U.S. District Court Judge Richard D. Bennett denied the request by prosecutors who are seeking to put behind bars Thomas A. Drake. The former NSA official is accused of sharing with a Baltimore Sun reporter information about waste and mismanagement of expensive technical intelligence analysis systems deployed by the NSA after the September 2001 terrorist attacks.

“We’re pleased with the ruling, but this is an early victory in what’s unfortunately a long process for Mr. Drake,” said Jim Wyda, Drake’s attorney.

Wyda said he saw the request by prosecutor William M. Welch II as an effort to control the process. “This is about keeping the playing field level,” he said.

Drake’s prosecution is one in a string of recent cases in what appears to be an aggressive effort by the Obama administration to punish accused leakers.

In the court hearing and in documents submitted to the court, the government argued it needed the names of the two computer forensics experts to gauge their “trustworthiness” to handle classified information.

Wyda countered in a court brief that the prosecution’s move is “a transparent attempt to gain an unfair tactical advantage” over the defense. He asserted that disclosure of expert witness names is required only of the defense decides to designate them as testifying experts.

The case is scheduled for trial on March 21, and if the defense decides to call them, Wyda said, their names will be disclosed.

Baruch Weiss, a criminal defense lawyer who successfully defended last year two former pro-Israel lobbyists against Espionage Act charges, said that under federal rules of criminal procedure, the defense must reveal its experts’ names only if it has requested that the government do so. “The government gives up the names of its experts first before the defense gives up its names,” Weiss said.

A federal grand jury in Maryland indicted Drake in April on five counts of willful retention of national defense information, one count of obstruction of justice and four counts of making false statements. If convicted, he could go to prison for 35 years.

In May, an FBI translator was sentenced to 20 months in prison for passing classified information to a blogger. In July, the military charged an Army intelligence analyst in connection with the leak of a controversial video and the downloading and transfer of classified diplomatic cables.