Profile of Financial “Guru” John Mauldin: The GOP’s “Sage of Dallas” is a Knight of Malta 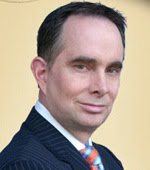 The “Sage” is a “Below Average” Economic Forecaster 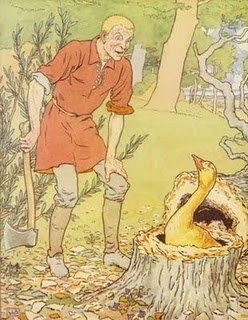 John Mauldin is an economist widely respected by the media – he is constantly introduced as a “Guru” (this is how he bills himself – he publishes a “Guru Blog” – and the media mindlessly parrot the lucrative hype), yet he is statistically a “below average” forecaster, and an “equivocator,” to boot … : “Based on subsequent stock market performance and our judgments about the accuracy of John Mauldin’s forecasts, his bottom-line advice about market direction was correct 42% of the time, below average. … It is relatively difficult to assess the accuracy of Mr. Mauldin’s market projections because of equivocation … ” For more, see: http://www.cxoadvisory.com/gurus/Mauldin/

A SERIOUS CONFLICT-OF-INTEREST: “Another thing that some investors have found common throughout John’s writings is a tendency to favor Hedge Funds without always revealing all of the risks involved. This also may seem like a conflict of interest due to John Mauldin’s role as a Hedge Fund broker.”
http://www.reviewopedia.com/john-mauldin.htm 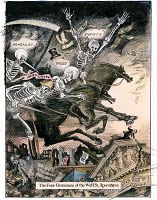 John Mauldin is the author of How to Profit from the Y2K Recession by Converting the Year 2000 Crisis into an Opportunity for Your Investments and Business (St. Martin’s Press, 1999, ISBN: 0-312-20706-9)
http://bitterlybooks.blogspot.com/2009/04/bug-years-in-making.html

In his latest entry in the Guru blog, financial expert John Maudlin talks about deleveraging and gives his forecasts for the upcoming year.

“This is the season when pundits feel compelled to make annual forecasts. I will make mine, as I traditionally do, in the first letter of January. But already we have seen a wide range of forecasted outcomes. Are we going to grow at 5-6% or at 1-2% or dip back into recession? Why such disparity? I think part of the reason is a basic disagreement on the nature of the just-lapsed recession. Today we explore that issue. Then I point you to a way to help those who are desperately in need and only wish they had our problems…” 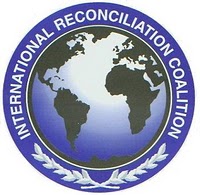 John was Chief Executive Officer of the American Bureau of Economic Research, Inc., a publisher of newsletters and books on various investment topics, from 1982 to 1987. He was one of the founders of Adopting Children Together Inc., the largest adoption support group in Texas. He currently serves on the board of directors of The International Reconciliation Coalition and the International Children’s Relief Fund. He is also a member of the Knights of Malta, and has served on the Executive Committee of the Republican Party of Texas.

He is a frequent contributor to numerous publications, and guest on TV and radio shows as well as quoted widely in the press.

” … John is a prolific author, writer and editor of the free popular Thoughts from the Frontline e-letter which goes to well over 1,000,000 readers weekly, and is posted on numerous independent websites. … He is also a frequent contributor to other financial publications, including the Financial Times, The Daily Reckoning and a frequent guest on CNBC and Bloomberg TV. His recent book, “Bull’s Eye Investing” rose to the New York times best seller list and was a New York times suggested summer reading (for more information, see www.absolutereturns.net.) His latest book, Just One Thing, is due out in late October. … He graduated from Rice University in 1972, with a Bachelor of Arts degree and from Southwestern Baptist Theological Seminary with a Master of Divinity in 1974. ”

Political contributions disclosed by campaign committees to the Federal Election Commission, sorted by name, zip code and employer. The data, from the FEC, covers the years 1979 through 2008.