by Heather Wokusch Atlantic Free Press 29 May 2007 The Pentagon has a disturbing pattern of withholding information on the impact of chemical/biological weapons and other toxins on US service members. As a result, veterans are often told that their debilitating symptoms are “in their head” and can go decades without receiving medical help. That’s not supporting our troops. A classic example occurred when US forces destroyed a chemical munitions dump in Khamisiyah, Iraq in March 1991. The US Defense Department (DoD) initially denied the dangers but backtracked in 1997 after a UN Special Commission investigation proved that sarin gas had been released during the demolition. Sarin is a deadly chemical weapon estimated to be over 500 times as toxic as cyanide. Non-lethal doses can create permanent neurological damage and symptoms such as loss of memory, paralysis, seizures and respiratory problems. Turns out that over eight metric tons of sarin were released during the Khamisiyah demolitions. 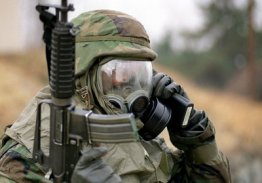 Previous research has linked sarin with brain cancer, and Freedom of Information Act requests indicate the Pentagon knew that up to 300,000 Desert Storm troops may have suffered from sarin exposure. Yet veterans seeking support were often told that their symptoms had no physical basis. Just last week, a scientific study using Pentagon data showed a direct correlation between sarin exposure in Gulf War vets and brain damage. Symptoms were found to be exacerbated by the use of bug repellant and a nerve-agent antidote given to roughly 250,000 troops during the Gulf War. Yet it is doubtful if even now, over 16 years after the Khamisiyah disaster, the DoD will finally face the issue of US-troop sarin exposure. One obvious reason is money. If the DoD admitted to withholding critical information connected to their medical illnesses, tens (or even hundreds) of thousands of Gulf War veterans could potentially become eligible for compensation. 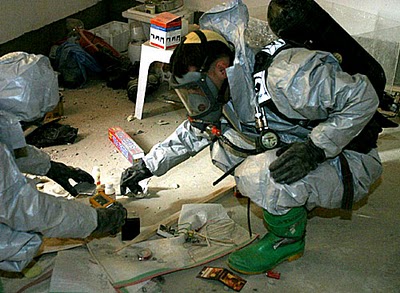 Second, acknowledging the sarin issue could raise further questions about the Pentagon’s 2003 admission of having tested biological/chemical agents on 5,842 service members from 1962-73. In operations called Project 112 and Project SHAD, the Defense Department tested weapons capabilities on troops in six states (Alaska, Florida, Georgia, Hawaii, Maryland, Utah), Canada and Britain. Many veterans of those operations were not informed for decades and are still fighting for compensation and recognition. Third, an admission of guilt would weaken the DoD’s credibility regarding controversial programs today. For example, the anthrax vaccine is mandatory for military personnel and civilians deploying to “high-threat” areas across the globe, including Iraq and Afghanistan, despite being linked to serious illnesses and even death among US service members. Quite conveniently, the quarterly analysis of medical care data for vaccinated service members was ended in 2002. So as we honor our service members and veterans this Memorial Day, we must acknowledge the continuing battle many face to receive compensation for exposure to chemical/biological weapons long ago and to avoid potentially harmful vaccines today. Our troops deserve better. http://www.atlanticfreepress.com/content/view/1670/81/