Photographer Reveals how Muslims Saved Jews from the Nazis 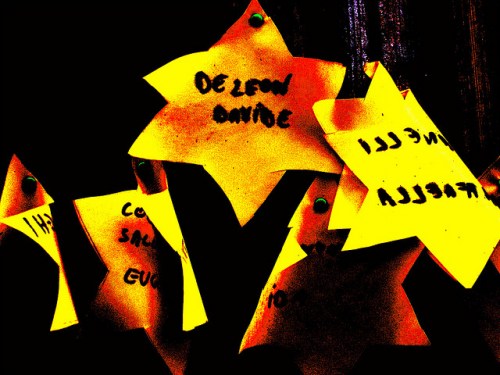 An audience in Wales will be told tonight of one of the most extraordinary acts of humanitarianism seen anywhere in wartime Europe – the rescue of 2,000 Jews from Nazi persecution by a group of Albanian Muslims. Martin Shipton reports

AN extraordinary and largely forgotten piece of history will be commemorated tonight when two Welsh communities come together to hear about a group of Muslims who rescued Jews from Nazi persecution.

American photographer Norman Gershman will be at Cardiff University to talk about his investigation into how the lives of 2,000 Jews were saved by Muslims in Albania in 1942 and 1943. The event, hosted jointly by the Muslim Council of Wales and the university’s Jewish Society, is being seen as an historic occasion aimed at creating greater understanding between adherents of the two faiths in Wales. Gershman’s book Besa is named after the Albanian honour code which obliges individuals to protect anyone in danger, regardless of all religious and political affiliations.

“When I first learned of the WWII rescue of Jews in Muslim Albania and Kosovo my reaction was visceral. Muslims who saved Jews? I must record this forgotten event with my camera and tell the story through the various family histories I was to meet. As a Jew and a Sufi, my spiritual connection with the beauty of Islam and Judaism is seamless. The old adage of a picture is worth a thousand words is manifested in our photographic project. For over six years I have been travelling to Muslim Albania and Kosovo documenting and doing portraits of Muslim families that saved Jews in World War Two. Although Besa is a traditional Albanian code of honour, many Muslim families have incorporated Besa into their religious beliefs and often were inspired by their faith in saving Jews from the Nazis.

“The rescue of Jews in Albania was a unique experience in Holocaust history, as Jewish refugees fleeing Hitler were welcomed not as refugees but as guests. I always made it a point to thank those Muslim families I photographed for the saving of Jews during those harrowing times.” 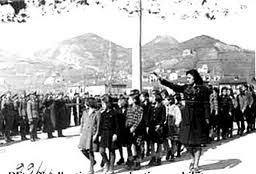 One of the survivors, Dr Scarlett Epstein, spoke at an event in the House of Lords on Monday. She said:

“I owe my survival to Albania and the generosity of its Muslim people. No country was prepared to offer my family and I asylum from the horrors of the Holocaust, except Albania. The Muslim Albanians welcomed us warmly which came as an extraordinary relief after having experienced the excesses of Nazi persecution.”

The reason the story has only emerged recently is because Albania was cocooned for 50 years by a xenophobic dictatorship that permitted its citizens no contact with the outside world.

“We want to show how Islam promotes diversity and co-existence and has no tolerance of anti-Semitism. The message of this project is more vital now than ever before. Tensions in the Middle East need to be separated from the common shared theological heritage and values of the two faiths, and history of peace and solidarity between Islam and Judaism. Denying the Holocaust undermines the principles of Islam and through this campaign we hope to voice our solidarity with the aims and objectives of Holocaust Memorial Day.”

Gershman’s book documents the stories of many Muslim Albanians who looked after Jews. Albanians gave them clothes and Muslim names, and rather than hiding them in the attic treated them as part of the family. One of the Albanians photographed by Gershman, Rifat Hoxha, said:

“I was born after the war. My father only told me of his rescue of a Jewish family shortly before he died, when I was 17. In 1944, under the German occupation, my parents sheltered the family of Nesim Hallagyem, his wife Sara and their son Aron. They were refugees from Bulgaria who stayed with my parents for six months. There were times of great danger when Germans went from house to house seeking Jews.

“Towards the end of the occupation my father escorted Nesim and his family to the port city of Durres, where they embarked as refugees hopeful of gaining access to Palestine. Just before leaving, Nesim entrusted to my father three beautifully bound books in Hebrew to keep for him until he could retrieve them. After the war my father did receive a letter from Nesim saying he and his family were safely in Palestine. This was during the Communist period in Albania when any correspondence from abroad was considered a crime subject to arrest. My father was prohibited from answering the letter and that was the last time there was any communication.”

Saleem Kidwai, secretary of the Muslim Council of Wales, said: “This is a very important piece of history that shows how people will selflessly help others out of pure humanity.”

Danielle Morashti, joint president of the Jewish Society at Cardiff University, said: “Until contacted by the Muslim Council of Wales, I had no idea this happened. It deserves to be much better known.”