Mother of Pat Tillman, Michael Moore, speak out about Gen. McChrystal's appointment to teach at Yale 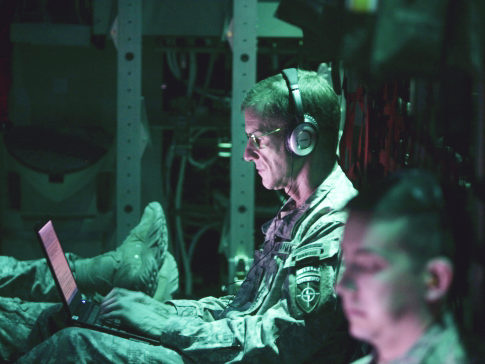 The mother of Pat Tillman and filmmaker Michael Moore have something to say about Yale University’s hiring of Gen. Stanley McChrystal.

Mary Tillman, whose discovery that McChrystal orchestrated the cover-up of her son’s death by friendly fire in Afghanistan, is depicted in Amir Bar-Lev's documentary "The Tillman Story" tells us the Ivy League institution’s hiring of the general that President Obama fired is "insulting." And Moore wonders if university administrators would re-think their offer after seeing some of the jaw-dropping information in the film.

This week, Yale announced that McChrystal had been appointed a Senior Fellow at Yale’s Jackson Institute for Global Affairs and will be teaching a graduate course on the complexity of leadership at the university this fall. The general retired this year after the president relieved him of command after he made disparaging remarks to interviewer Michael Hastings in Rolling Stone magazine.

But even before he was fired, McChrystal had become the subject of controversy thanks, in large part, to Mary Tillman's dogged investigation into the military’s cover-up of the death of her son, which is covered in "The Tillman Story," which opens today.

When asked Tillman if she had any comment on McChrystal’s hiring, she released the following statement: "McChrystal showed poor judgment and he exercised little restraint during his interview with Michael Hastings. His involvement in the tortures at Camp Nama and in the cover-up of Pat’s death has never been satisfactorily scrutinized. The House Armed Services Committee failed to vet him properly in the spring of 2009. The fact that Yale wants to employ him to instruct courses on leadership is extremely insulting and unsettling."

Meanwhile, Moore says the film is "one scene after another where you’re sitting there with your jaw opening, wondering, ‘How come I don’t know this.’" And the filmmaker adds, "You see that McChrystal and his office were coordinating the big lie that was put out about how Pat Tillman was killed, when, in fact, they knew the truth." The military initially sold a story about Tillman’s heroic death fighting Afghan forces when, in reality, he’d been killed by friendlies. ...