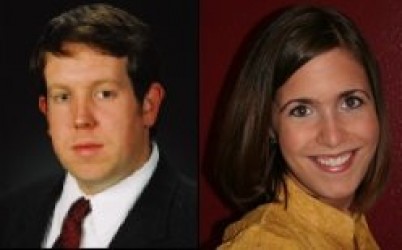 A man presented as an “ordinary voter” in a New York Times article today about the impending recount in Minnesota’s U.S. Senate race has strong ties to the Republican Party and conservative causes that the article does not reveal.

In the article, “Minnesota Senate Rivals Dig In for Recount Battle,” reporter Christina Capecchi (who also writes for MinnPost), identifies Noah Rouen only as a 34-year-old who “swore off political talk on a pheasant hunt last weekend.” When he and his buddies heard of the now-legendary (and debunked) 32-ballots-in-a-car-trunk story, Capecchi writes, “They could not help but hatch a conspiracy theory.”

One reason Rouen might be given to such theories about votes favoring Democrat Al Franken is that Democrats accused him of participating in a conspiracy to distribute false campaign materials against Franken last summer. In a complaint — later dismissed — to the state Office of Administrative Hearing, DFL Party chair Brian Melendez named Rouen along with two other individuals and the Coalition for a Democratic Workplace as being behind a television ad that made charges against Franken related to the Employee Free Choice Act (EFCA).

The complaint says Rouen was a delegate to this year’s Republican National Convention (RNC) and for two years a staff member for former U.S. Sen. Rod Grams (R-Minn.). Rouen’s biography at the Web site of his current employer — a St. Paul-based media relations firm called Public Affairs Company, where he is vice president — describes his service to Grams as a staffer and press secretary. Public Affairs Co. re-branded itself as GOP Convention Strategies in a marketing push timed to the RNC.

In an interview with the Minnesota Independent, Rouen said that he worked for Grams’ campaign as well from 1999 to 2000. He said while that level of partisan activity is in his past — he called work for the “Vote Yes Minnesota” referendum campaign his most partisan activity this year — he “makes no bones” about being a Republican or having voted for Coleman.

Rouen said he gave Capecchi, who found him via a Facebook group called “Looking for Coleman Ballots,” his whole background during a 30-minute interview two days ago. He said he was surprised to be identified only as a pheasant hunter in the Times article, and in fact was somewhat surprised to be included at all, given how the ballots-in-the-trunk story has since “evolved.” (On Minnesota Public Radio today, Secretary of State Mark Ritchie reiterated that the story was false, calling for those who started the rumor to speak up.)

Capecchi did not return phone messages and e-mails from the Minnesota Independent.

Rouen’s political background isn’t hard to trace. In 2002, he ran for the Minnesota House of Representatives in District 60A but was defeated by DFLer Margaret Anderson Kelliher, now speaker of the house. That year he also served as spokesman for the Rod Grams Minnesota Victory Club, a political action committee formed to aid candidates in local races. A frequent writer of letters on newspaper opinion pages, Rouen had a letter, which ridiculed Democratic vice presidential candidate U.S. Sen. Joe Biden (D-Del.), published in the Oct. 31 edition of the St. Paul Pioneer Press.

Rouen is featured at the end of the second half of the Times article, which contains a series of quotes from political officials and commentators that are introduced by this sentence:

As the recount nears, brickbats from the candidates, their surrogates and ordinary voters are coming fast and furious.

After quotes from mainly conservative sources — itself a point of complaint by Media Matters (referenced by MnIndy on Friday) — Capecchi concludes her article with this:

Noah Rouen, 34, and his buddies swore off political talk on a pheasant hunt last weekend, but when they heard that 32 absentee ballots favoring Mr. Franken were not counted until days later, having been locked in a Minneapolis elections office, they could not help but hatch a conspiracy theory.

On Tuesday morning, Mr. Rouen logged onto Facebook and updated his status: “Noah is looking for Coleman ballots in his car.”