OKLAHOMA CITY – More than 20 years after a culture of deception, secrecy and bribery was exposed, AT&T executives are still fighting to keep Oklahoma ratepayers from receiving billions of dollars in long-awaited refunds.

In 1989, a conspiracy to bribe Oklahoma Corporation Commissioners allowed the telephone company, then called Southwestern Bell, to receive a favorable vote from the state agency that regulates public utilities. At the time, commissioners were deciding if Southwestern Bell should be allowed to retain a windfall from federal tax code reductions, or refund the excess revenues to Oklahoma customers.

A tainted 2-1 vote gave the telephone company a victory, but the good times were short lived as the case was soon marred by a high-profile federal bribery and corruption investigation that sent Corporation Commissioner Bob Hopkins and Southwestern Bell attorney William Anderson to prison. High-ranking telephone company executives were implicated in the conspiracy, but none of them were charged.

Hopkins was one of the two commissioners who voted in favor of Southwestern Bell’s application to retain the excess revenues.

Albert also heard from current Corporation Commissioner Bob Anthony, who served as a FBI informant during the bribery probe. Anthony cast the lone “no” vote in the 1989 utility rate case. Albert will file a report next week with the nine Supreme Court justices who will decide in September whether the case should be reviewed.

However, attorneys for AT&T and Oklahoma Attorney General Scott Pruitt argued reopening the PUD 260 case would not serve the public’s interest. Yet, the lawsuit contends the excess revenues, estimated at $100 million a year for the past 27 years plus 11.589 percent interest compounded annually, should have been refunded to telephone company customers. That would amount to an estimated $15,000 per land line customer during the 27-year time period, the suit contends.

AT&T lead attorney Clyde Muchmore told Albert the bribery case “has nothing to do with this.” He contends customer refunds should be made only when overcharges occur. “The excess revenue did not occur because of overcharges, but rather from changes in the corporate tax rates,” Muchmore said. “There is no reason the Supreme Court should undo its (1991) decision.”

Lawyers from the Attorney General’s office contend “innocent parties,” such as employees at the Corporation Commission and Attorney General, would suffer hardships if the case were reopened because of additional work.

Some of the most volatile comments at Tuesday’s hearing came from Anthony who argued attorney Anderson did not act alone. Rather, Anthony contends the bribery was a conspiracy that started with top telephone company executives, including two Oklahoma division presidents. Anthony claims the executives knew about the bribery of Hopkins and the attempts to influence him, but failed to intervene. Anthony, who was the newest commissioner at the time, turned over illegal cash contributions from Southwestern Bell representatives to the FBI and then began working as an informant.

“Multiple executives and attorneys were involved,” he said.

Judge William S. Myers, Jr., the Special Master appointed by the Supreme Court to investigate certain issues, determined in an Oct. 5, 1993 report that the illegal cash payments made by Southwestern Bell to Anthony were “no more or no less than an effort to have him look with favor on their pending rate matters.”

In a sworn affidavit filed July 14 at the Supreme Court, Anthony cited a FBI wiretapped conversation between Anderson and Free in which Anderson said, “(Glen) Glass knew the whole deal.” He went on to say, “We all knew.”

The wiretap recorded Anderson as saying, “They all knew we were trying to work something.”

Anthony’s affidavit also shows that Caldwell was aware of the bribery. The Oklahoma division president reportedly told Anderson, “Do it and don’t let me know how you do it.”

A 1993 court document filed by then-Oklahoma Attorney General Susan Loving lists former Oklahoma Division President J.B. Ellis as another Bell executive who was involved in an attempt to cover-up the conspiracy.

The document shows Ellis met Anthony on March 19, 1990, as Anthony talked to the Bell president about the illegal cash payments he received from Miller and Anderson. As Ellis was leaving the meeting, he told Anthony, “Let sleeping dogs lie,” the court record shows. According to the court filing, Ellis later told Anthony he had destroyed his notes from their March 19 meeting.

Beginning of the end

According to federal prosecutors, the conspiracy to bribe Hopkins started in early September 1989 and ended in early May 1990 when the last funds were paid. In addition, Hopkins and Anderson agreed that neither would talk to the FBI if approached, but would instead meet and confer between themselves while creating a false version of events surrounding the Public Utilities Docket 260 vote.

Hopkins appealed his conviction to the U.S. 10th Circuit Court of Appeals, which remarked about the use of secret FBI tape recordings that occurred in 1991.

“The tapes detailed efforts to conceal the payoffs from the FBI. From those tapes, the jury heard recorded conversations among Hopkins, Anderson, Murphy (witness) and other Southwestern Bell executives plotting their ‘story’ in the event federal agents questioned them,” the appeals court judges wrote.

In an interview with PBS’ Frontline, Anthony acknowledged that a “utility lawyer,” later identified as Anderson, offered him a $10,000 contribution to clear up campaign debt. Anderson reportedly told Anthony at the time he could get him $300 to $400 in “walking around money.”

On another occasion, Anderson allegedly handed Anthony fifty $100 bills, then explained what was expected for the money.

“He did say, ‘you know, these companies I represent, they expect to make a profit. They expect to be in business a long time. And we’re not going to bother you every day, but someday there will be some officer of one of the companies I represent, and we’ll need an appointment, and we’d expect for you to give us an appointment,’” Anthony said during the Frontline interview.

“Well, a certain amount of this is a wink and a nod, too,” he said. “But, there was no doubt in our minds what was going on. Very clearly what was happening was people were giving me a large number of hundred dollar bills because they were buying access, and they were buying influence. And those words were even used in conversations that I had with utility executives.” 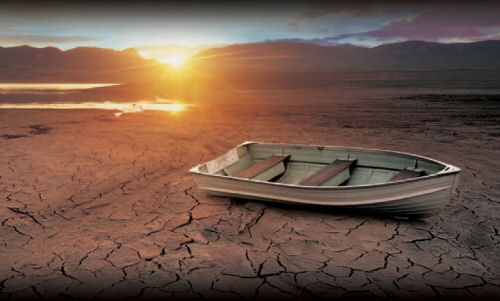