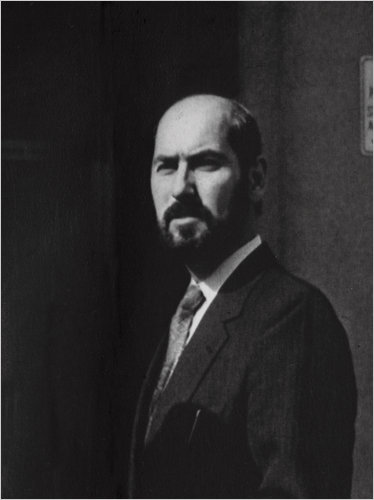 E. Lawrence Barcella, a former federal prosecutor who handled major terrorism investigations in the 1970s and ’80s, including one in which he organized an elaborate trap that lured a C.I.A. turncoat out of exile in Libya, died Nov. 4 at a hospital near his home in Washington. He was 65.

The cause was bladder cancer, his friend Jennefer Hirshberg said.

Mr. Barcella was deputy chief of the major crimes division of the United States attorney’s office in Washington in 1982 when Edwin P. Wilson, a former Central Intelligence Agency operative, flew from Libya to the Dominican Republic to make a covert business deal — only to be arrested and turned over to American prosecutors.

The case led to a plot by Mr. Wilson to have Mr. Barcella and a fellow prosecutor, Carol Bruce, killed.

For years, Mr. Wilson had run proprietary companies, entities that are secretly owned by the C.I.A. to support its operations. But Mr. Wilson had used his companies to his own benefit, amassing a fortune while supplying the Libyan dictator, Col. Muammar el-Qaddafi, with 21 tons of C-4 plastic explosive, a puttylike substance ideal for making terrorist bombs. He also supplied detonators, sniper rifles, night-vision equipment and vans outfitted with surveillance equipment. And he promised to advise and equip an elite Libyan strike force.

Working with Ms. Bruce, Mr. Barcella spent four years gathering evidence. Aware of the investigation, Mr. Wilson fled to Libya. The plan to lure him back involved authorizing a former Wilson associate to propose a deal purportedly allowing him to return to the United States if he provided support for the clandestine war against the leftist government in Nicaragua. When he stepped off the plane in Santo Domingo, Mr. Wilson was immediately arrested and flown to New York. After trials handled by other federal prosecutors in Virginia, Texas and New York — based on the evidence gathered by Mr. Barcella and Ms. Bruce — Mr. Wilson received a sentence of 52 years in prison. The case was the subject of the 1986 book “Manhunt,” by Peter Maas.

Mr. Barcella’s first exposure to a major international case came as leader of the government’s initial investigation into the assassination of Orlando Letelier, a former Chilean foreign minister who had become a leader of the opposition to the dictatorship of Gen. Augusto Pinochet.

Mr. Letelier and his aide, Ronni Karpen Moffitt, were killed on Sept. 21, 1976, when a bomb planted under his car exploded as they were riding to work in Washington. The investigation determined that the killings were the work of the Chilean National Intelligence Directorate, or DINA.

Michael V. Townley, an American-born DINA agent, pleaded guilty in the United States in 1978 and served 62 months in prison. General Pinochet refused to extradite other officials of the intelligence directorate, but several conspirators were convicted.

As a federal prosecutor, Mr. Barcella was also involved in inquiries into the 1983 bombings of the American Embassies in Beirut and Kuwait and the Marine garrison in Beirut, and the 1985 hijacking of the Italian cruise ship Achille Lauro.

Ernest Lawrence Barcella Jr. was born in Washington on May 23, 1945, to Ernest and Louise Berniere Barcella. His father was a reporter and news executive for United Press International. Mr. Barcella graduated from Dartmouth in 1967 and received his law degree from Vanderbilt in 1970. Soon after, he was hired as a clerk in the United States attorney’s office in Washington.

In 1988, his client Lyn Nofziger, one of President Ronald Reagan’s close advisers, was found guilty of illegal lobbying stemming from his attempts to influence White House officials on behalf of several corporations. A federal appeals court overturned the conviction the following year.

Mr. Barcella is survived by his wife of 40 years, the former Mary Lashley, from whom he was separated; his daughter, Laura Barcella; and his sister, Andrea Kelleher.