No State Charges in Foley Case 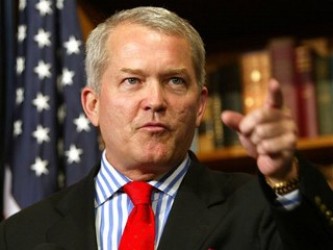 Disgraced former congressman Mark Foley won’t face criminal charges in Florida, state officials announced Friday, after they concluded a long investigation into his associations with teenaged boys. Investigators determined there was “insufficient evidence to pursue criminal charges,” according to an announcement released Friday afternoon by the Florida Department of Law Enforcement.

Foley resigned Sept. 29, 2006, hours after ABC News questioned him about sexually explicit messages with former congressional pages, some of whom were under the age of 18 at the time of the exchanges.

The House of Representatives denied requests from FDLE “to review any computer equipment or emails that Foley used while in office,” according to a summary of the state investigation. Foley also denied investigators access to his personal computers, according to the report.

“FDLE conducted as thorough and comprehensive investigation as possible considering Congress and Mr. Foley denied us access to critical data,” said FDLE Commissioner Gerald Bailey in a statement released with the report. “Should additional information arise which is pertinent to this case, we will ensure it is appropriately investigated.”

A call to Foley’s lawyer was not immediately returned.

ABC News reported last year that Foley would possibly avoid criminal prosecution in Florida because of the state’s three-year statute of limitations.

The Florida Department of Law Enforcement did not start a criminal investigation of Foley until November 2006, making it nearly impossible to prosecute what some officials regarded as the best case, an explicit instant message sent by Foley to a 17-year-old high school student in February 2003, when Foley was in Pensacola, Fla.