” … Somerville is a book for who-dun-nit fans but also it is an expose on war crimes, art history and experimental drug testing. … “

Young Cambridge art historian Adam Locke doesn’t believe that his friend and colleague Reggie Crawford died in a car accident, nor yet that he committed suicide. Locke soon learns that Crawford and a few others for a long time have been involved in tracing art stolen by the Nazis, and this quest very well may have been responsible for Crawford’s death.

Crawford and most of his crew, most of them elderly Cambridge dons, were introduced to intelligence work during World War II. Feeling younger blood was necessary for success, he almost was ready to bring Locke into this group of investigators but instead author Brian Stanford in his book Somerville (iUniverse, 2011) has his protagonist decide whether he will turn his quiet, agreeable life upside down to help find the reasons for Crawford’s death .

When Locke says yes, he’s given Crawford’s file of diskettes, which tell the story of Rockport-Meier, a Swiss pharmaceutical firm, an account that makes up a large part of the middle of this book. It seems that Locke and the reader, have considerable catching up to do. The author complicates matters by introducing a lot of people who don’t want Rockport-Meier investigated–people who may include British intelligence and the CIA, as well as even more sinister figures. Locke’s investigation shows that there are many deaths among people who have been too curious about the veil of Swiss secrecy. 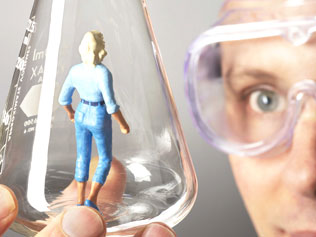 Enter Martin Somerville, a former employee of Rockport-Meier, who had seen in his boss’ home remarkable, valuable paintings that apparently had been stolen from Jewish families. Probing strange reactions, from premature aging to death, from one of the firm’s pharmaceutical compounds, the mysterious RX40, Somerville becomes a threat to the company, finds himself out of work, and blackballed by the pharmaceutical industry. Somerville’s interests may seem different than the concerns of the group, but the stolen art is common to both. If the plot isn’t complicated enough, it is further compounded by the sudden disappearance of Somerville.

Now enter Somerville’s young daughter who meets Locke at Crawford’s bleak funeral. Clare Somerville, a nurse, and Locke become close, and he invites her to come to Switzerland with him on a sabbatical. During their jaunt, he plans a trap for the bad guys but thinks he has time to send Clare to safety before it is sprung. He’s wrong, and when Clare and he are attacked, only the intervention of a mysterious figure called Stefan Winkler saves their lives.

For political reasons, the trial of their attacker is moved from Switzerland to London. The whole Cambridge gang–by now sorted out into couples like Noah’s Ark figures– gathers in London to work with the prosecutor, There’s certainly enough evidence to convict the man who almost killed them, but if he won’t talk, the shadowy figures behind the machinations will remain safe. By now, they have a good idea who the main villain must be, but do they have any evidence that would incriminate him? Stefan Winkler reappears, surprising the reader with his true identity and tearing open the trial with new, previously undreamed of evidence.

Somerville is a book for who-dun-nit fans but also it is an expose on war crimes, art history and experimental drug testing. Stanford, a professor emeritus in the art/art history department of Franklin College in Switzerland, shares with the reader his life’s fascination with the fight for justice and the return of stolen art during World War II.

Filled with twists and turns, Somerville broaches these questions: Does crime pay? When does pharmaceutical testing on humans become inhumane? Should war crimes have a statute of limitations? What rules should govern the transfer of plunder from World War II to next of kin?

Previous Article
Biological Warfare: Battles Under Way In Texas And Louisiana Over Science Education
Next Article
The Four Horsemen Behind America’s Oil Wars

The Four Horsemen Behind America’s Oil Wars
May 01