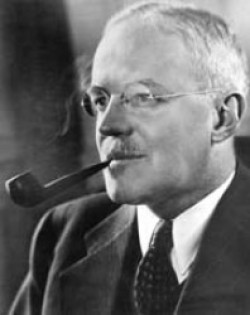 The corporate media are a “brainwashing” operation initiated by the CIA’s Allen Dulles a year before the CIA was even created, as recounted by Joe Trento in The Secret History of the CIA, and they protect other mind control operations by filtering out any reference to ongoing programs, pretending that the barbarity ended with MK-ULTRA. It didn’t, and there are an untold number of current victims. Tim Weiner, who authored these half-truths, is a shill at the New York Times who is playing the game – to give the false impression that mind control is a thing of the past. It was “a time of secrecy and fear?” And 2008 isn’t? This ridiculous perspective happens to shield the Times from exposure as a propaganda front for the CIA and the “Complex,” one that silences victims by censoring their screams. Mind control operatives are busier than ever these days, especially at the Times.

BTW, the constant media references to supposed cold war Chinese “brainwashing” tactics are overblown. The Pentagon’s own documents reveal that the Chinese only plied “enhanced interrogation techniques,” not anything resembling mind control. The trumped-up accusation against China was an excuse for American personnel to experiment on unwitting guinea pigs themselves, just as the accusation of WMD’s in Iraq was an excuse for going to war. Edward Hunter, mentioned in the article, was a CIA official. Hunter coined the term “brainwashing,” and as a science, it is an American invention. The word “remembering” brainwashing in the headline is a lie – many are living the Hell that is kept out of the newspapers. The Times and other controlled information brokers supplement the abuse with censorship and harsh discrediting tactics. – AC

IT was a time of secrecy and fear. Fear of a strange enemy driven by an alien ideology, killing Americans abroad, threatening Americans at home. And it created a new terror.

In the early 1950s, American troops were being killed and captured by the thousands in Korea. Panic spread that China’s Communists had learned how to penetrate and control the minds of American prisoners of war.

The technique was called “brainwashing.” And suddenly it’s worth recalling what brainwashing was about. Because now we know, from an article in The New York Times last week, that in a new time of anxiety America’s own interrogators drew lessons from China’s treatment of American prisoners of war for their treatment of prisoners in the war on terror.

The concept of brainwashing was the brainchild of Edward Hunter, a newspaperman born in 1902, who had covered the rise of fascism in Europe before joining the Office of Strategic Services, the forerunner to the Central Intelligence Agency, during World War II. The Korean War had just begun in 1950 when The Miami News published his article, “ ‘Brain-Washing’ Tactics Force Chinese Into Ranks of Communist Party.”

He determined that “the Reds have specialists available on their brainwashing panels,” experts in the use of “drugs and hypnotism,” as he later told the House Committee on Un-American Activities. Their ultimate goal was conquering America.

“The United States is the main battlefield,” he testified, “the people and the soil and the resources of the United States.” He warned that brainwashing would make Americans “subjects of a ‘new world order’ for the benefit of a mad little knot of despots in the Kremlin.”

The idea that a totalitarian state could control people like Pavlov’s dogs had appeared in 1940s novels, notably Arthur Koestler’s “Darkness at Noon” and George Orwell’s “1984.” It took Mao’s China — and the forced “confessions” of some American prisoners of war during the Korean conflict — to make brainwashing a centerpiece of 1950s culture.

After the war, thousands of American P.O.W.’s returned under suspicion of having collaborated with the enemy while in captivity. A handful, on orders from their captors, had, in fact, falsely accused the United States of conducting germ warfare against North Korea. Congress was transfixed by “the fear that the soldiers could have been brainwashed by the Chinese and still be spying for them,” Col. Elspeth Cameron Ritchie wrote in the journal Military Medicine. Dread that the Chinese Communists had created zombie sleeper agents spread quickly and ran deep.

A Dutch psychologist, Joost A. M. Meerloo, caught the apocalyptic tone in a New York Times Magazine article in 1954: “The totalitarians have misused the knowledge of how the mind works for their own purposes. They have applied the Pavlovian technique — in a far more complex and subtle way, of course — to produce the reflex of mental and political submission of the humans in their power.”

Orwell’s hero in “1984,” Winston Smith, holds out hope against Big Brother and his minions: “With all their cleverness they had never mastered the secret of finding out what another human being was thinking.”

But the threat that they could riveted Americans — and the C.I.A.

Finding out what others are thinking was (and is) the job of spies. The Korean experience spurred the C.I.A.’s search for mind-control techniques to grill suspected double agents. The agency took on a task described in its documents as “overseas interrogations.”

Clandestine prisons were created in occupied Germany, occupied Japan and the Panama Canal Zone. “Like Guantánamo,” said a charter member of the C.I.A., Thomas Polgar. “It was anything goes.” In these cells, the agency conducted experiments in drug-induced brainwashing and other “special techniques” for interrogations. These continued inside and outside the United States, sometimes on unsuspecting human guinea pigs, long after the Korean War ended in 1953.

“There was deep concern over the issue of brainwashing,” Richard Helms, the former director of central intelligence, told the journalist David Frost 25 years later. “We felt that it was our responsibility not to lag behind the Russians or the Chinese in this field, and the only way to find out what the risks were was to test things such as L.S.D. and other drugs that could be used to control human behavior. These experiments went on for many years.”

While the government chased after truth serum, fiction raced behind reality. The theory of a robot-like Manchurian Candidate was posited by the C.I.A. in 1953, six years before Richard Condon published the novel of that name, nine years before the book became a movie. William Burroughs, in “Naked Lunch” (1959), created a drug-addled mad scientist, Dr. Benway, “an expert on all phases of interrogation, brainwashing and control.”

In the 1960s, brainwashing began to fade as a nightmare, though it was revived when captured soldiers and pilots released by North Vietnam made antiwar statements. In 1967, a Republican presidential contender, Gov. George Romney of Michigan (Mitt’s dad), was ridiculed when he said he had been brainwashed by American generals about how well the war in Vietnam was going.

Flash forward to 2002. American military and intelligence officers, looking for better ways to interrogate prisoners in the war on terror, went combing through government files. They found that the best institutional memory lay in the interrogation experiences of American P.O.W.’s in Korea. They reprinted a 1957 chart describing death threats, degradation, sleep deprivation — and worse — inflicted by Chinese captors. And they made it part of a new handbook for interrogators at Guantánamo.

The irony is that the original author of that chart, Albert D. Biderman, a social scientist who had distilled interviews with 235 Air Force P.O.W.’s, wrote that the Communists’ techniques mainly served to “extort false confessions.” And they were the same methods that “inquisitors had employed for centuries.” They had done nothing that “was not common practice to police and intelligence interrogators of other times and nations.”

Brainwashing was bunk: no secret weapon to control the human mind existed, America’s best experts concluded in the 1960s. Yes, the Communists used time-honored and terrifying interrogation tactics during the cold war. Some, like waterboarding, had been perfected during the Spanish Inquisition. But Mr. Biderman concluded that “inflicting physical pain is not a necessary nor particularly effective method” to persuade prisoners of war.

Some veterans of the war on terror say that lesson should have been relearned, despite the urgent need to uncover whatever possible about terrorist planning — the administration’s principal justification of its harsh interrogation policies.

Alberto J. Mora, the Navy’s general counsel from 2001 to 2006, told a recent Congressional hearing, where the Biderman chart resurfaced: “Our nation’s policy decision to use so-called ‘harsh’ interrogation techniques during the war on terror was a mistake of massive proportions.”

Tim Weiner is the author of “Legacy of Ashes: A History of the C.I.A.”