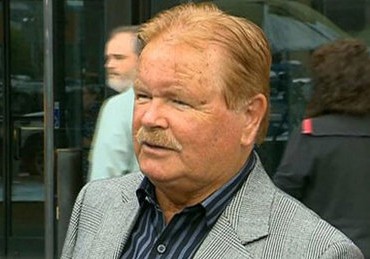 BOSTON (AP) — Prosecutors on Tuesday suggested that a former FBI supervisor exaggerated his claim that he tried to end the FBI’s corrupt relationship with reputed mobster James “Whitey” Bulger.

Robert Fitzpatrick, a former assistant special agent in charge of the Boston FBI office, testified that he tried to convince the FBI to terminate Bulger as an informant after Bulger was uncooperative and didn’t appear to be helping the bureau’s mission to gather information on the Mafia.

Fitzpatrick, the first defense witness in Bulger’s racketeering trial, began his testimony Monday and returned to the witness stand Tuesday. During cross-examination, Assistant U.S. Attorney Brian Kelly suggested that Fitzpatrick, who wrote a book on Bulger, previously embellished to sell more books and was now trumping up his account of trying to get Bulger out of the FBI fold.

“Weren’t you more concerned with your own career rather than rocking the boat?” Kelly asked.

Fitzpatrick insisted that he tried repeatedly to persuade the FBI to end its relationship with Bulger, particularly after Bulger was considered a suspect in the 1982 killings of Edward “Brian” Halloran and Michael Donahue, a shooting the reputed mobster is now accused of carrying out.

Under questioning from Bulger’s lawyer, Fitzpatrick said Bulger denied being an informant when he met with him in 1981, but was listed in FBI files as an informant who provided the agency with information on the Mafia. At the time, dismantling the Mafia was a national priority for the Justice Department.

Bulger’s lawyers have insisted that Bulger was not an informant. They say former FBI agent John Connolly fabricated reports in Bulger’s file to advance his own career.

Fitzpatrick said FBI officials would not listen when he asked them to terminate Bulger as an informant.

“They obviously felt that Bulger was the guy who was going to bring down the Mafia,” he said.

Kelly repeatedly pointed out inconsistencies between Fitzpatrick’s memory of events when he testified in federal hearings in 1988 and in civil cases brought by the families of people who were allegedly killed by Bulger. Kelly suggested that Fitzpatrick embellished his testimony to sell more copies of a book he wrote about Bulger, “Betrayal.”

Fitzpatrick acknowledged he is trying to write another book about Bulger, but said he was testifying to “tell the truth.”

Earlier Tuesday Judge Denise Casper rejected a bid by Bulger to sequester jurors while they deliberate.