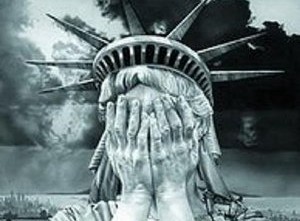 ” … Biden even compared the redemptive value of facing the truth on torture to the effect of the war-crimes tribunals on Germany. Obama probably didn’t authorize the analogy, but he may well have signed off on the position — in which case the comment should be read as a pre-emptive shot across the CIA’s bow. … “

In April 1975, Sen. Frank Church, D-Idaho, impaneled a special investigative committee to look into shocking accounts of CIA dirty tricks. The Church Committee ultimately published 14 reports over two years revealing a clandestine agency that was a law unto itself — plotting to assassinate heads of state (Castro, Diem, Lumumba, Trujillo), carrying out weird experiments with LSD, and suborning American journalists. As a result, President Gerald Ford issued an executive order banning the assassination of foreign leaders, the House and Senate established standing intelligence committees, and the United States set up the so-called FISA courts, which oversee request for surveillance warrants against suspected foreign agents.

But the war on terror unleashed the CIA once again to carry out dark deeds against America’s enemies — torture, secret detention, and “rendition” to “black sites” across the world. How have Americans reckoned, this time, with the immoral and illegal acts carried out in their name? They have not: the CIA has retained control over the narrative. As the Constitution Project’s “Detainee Treatment” report describes in great detail, the CIA falsely reported — to the White House as well as to the public — that torture “worked” in wresting crucial information from high-level detainees, and thus needed to be an instrument available to interrogators. Officials like Vice President Dick Cheney repeated ad nauseum that the CIA’s dark arts had saved thousands of lives. Is it any wonder that a plurality of Americans think the United States should torture terrorists?

I wrote recently about the detainee treatment report, but I find it incredibly frustrating — and all too telling — that the findings were overwhelmed by the tidal wave of coverage of the Boston bombing. Because we fear terrorism far more viscerally than we feared communism — certainly by 1975 — we are all too susceptible to the view that America cannot afford to live by its own professed values. But of course that’s what Chileans and Brazilians thought in the 1970s. That’s why Sri Lankans have granted themselves the right to slaughter homegrown terrorists wholesale, and react furiously to any hint of criticism.

People give themselves a pass unless and until they are forced to face the truth, which is why a public airing of history is so important — and so politically fraught. There’s always a compelling reason to avoid facing the ugly truth. In early 2009, Vermont’s Patrick Leahy, chairman of the Senate Judiciary Committee, called for an independent commission to investigate allegations of torture. But President Barack Obama’s spokesman said that the proposal would not be “workable.” We know what he meant: you can hardly blame the president for avoiding a colossal fight with Republicans over the past, especially, when he had so many fights he needed to wage over the future.

CIA reports on the death of three prisoners in custody as well as on broad policy towards detainees remain classified; so do the results of inquiries by the armed forces criminal investigation division. …

Obama probably thought that he could put the problem to rest by ending torture as well as the cult of secrecy surrounding CIA practices. He succeeded on the first count, but failed on the latter. In April 2009, he agreed to release the so-called “torture” memos written by President George W. Bush’s Office of Legal Counsel (OLC), as well as photos of prisoner abuse from Iraq and Afghanistan. But then, after a fierce debate inside the White House said to pit Obama’s military commanders against his counselor, Gregory Craig, among others, the administration reversed itself. The president later signed legislation allowing him to withhold the pictures if he determined that the release would harm national security.

Once adopted, the logic of national security carries all before it. The release of the Legal Counsel memos, the detainee treatment report notes, was the high-water mark of Obama-era transparency on torture. CIA reports on the death of three prisoners in custody as well as on broad policy towards detainees remain classified; so do the results of inquiries by the armed forces criminal investigation division. The agency’s ability to withhold information probably contributed to the Justice Department’s decision not to pursue indictments on any of the 100 or so cases of CIA mistreatment which it investigated. Defense lawyers in the military trial of the “9/11 defendants” held at Guantanamo have had to work around a “protection order” that classifies entire subject areas — including anything related to the defendants’ arrest or capture, the conditions in which they were held, or the interrogation techniques to which they were subjected. Whatever becomes of the defendants, Americans will learn nothing from the trials.

On matters of secrecy, Obama has been little better than Bush. This has become notorious in the case of the drone program, a centerpiece of Obama’s prosecution of the war on terror. In a recent speech at the Oxford Union, Harold Koh, the former chief counsel of the State Department, said that the administration has failed to be “transparent about legal standards and the decision-making process that it has been applying.”

I asked Koh why the White House has so regularly deferred to the CIA on issues of transparency and accountability. Koh pointed out that the CIA’s concern that exposing past bad acts could serve as a recruiting tool for al Qaida was hardly trivial. But, he said of the White House: “They don’t have a good balancing mechanism on the value of disclosures. It’s almost like if nobody’s clamoring for it, the pressure can be resisted.” The pressure comes from the outside — from the press, from civil-liberties groups, and activists — but not from the inside. So the CIA carries the day.

And yet it’s not too late to expose, and learn from, the sorry history of the last decade. Last December, the Senate Intelligence Committee approved a 6,000-page report on the finding of its secret investigation into the treatment of detainees. The report, which has not been made public, describes the CIA’s detention program in minute detail. Among other things, it puts to rest the canard that torture works. In his confirmation hearings, CIA director John Brennan admitted that the report had led him to question “the information that I was given at the time” that so-called “enhanced techniques” had saved lives.

Brennan has learned this; other Americans may not have the chance. The CIA is likely to both dispute the findings and to try to keep them secret. In a letter to Obama, Sen. Mark Udall, D-Colo., complained that Brennan had shown “little to no interest” in working with his staff, and had already missed the deadline for response by more than two months. A congressional aide said that there was no sign that the White House had even examined the report, much less prepared a response.

The good news is that the irrepressible Vice President Joe Biden recently advocated publishing the findings, saying that Americans needed to “excise the demons” through a full disclosure of past abuses. Biden even compared the redemptive value of facing the truth on torture to the effect of the war-crimes tribunals on Germany. Obama probably didn’t authorize the analogy, but he may well have signed off on the position — in which case the comment should be read as a pre-emptive shot across the CIA’s bow.

In the course of questioning Brennan during Senate hearings, Sen. Udall quoted Howard Baker, the widely admired Republican moderate from the bygone age of Republican moderates, to the effect that the Church Committee report may well have weakened the CIA in the short run, but strengthened it in the long run — by reminding the agency of what it should as well as shouldn’t do. Apparently even the CIA agrees, since its website carries an admiring description of the committee’s findings. If and when the Senate Intelligence Committee report is made public, in whole or in part, current and former CIA officials, conservative pundits, and Republican politicians will no doubt join as one to warn that America’s national security has been compromised, its enemies emboldened, its intelligence operatives compromised. That’s what they said in 1975. They were wrong then, and they will be wrong now.

James Traub is a fellow of the Center on International Cooperation. He writes the Terms of Engagement column for Foreign Policy magazine.