Renewable Electricity Standards Have No Statistically Significant Impact on Rates

According to Energy Information Administration data, from 2000 – 2010, the presence of a renewable electricity standard has no statistically significant impact on how much rates changed over that decade. 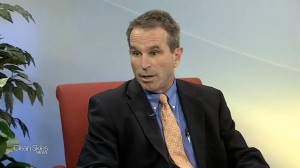 Earlier in the summer, he had the audacity to quote economist EF Schumacher’s book “Small is Beautiful” to unleash a factually inaccurate attack on renewables and promote nuclear power. (Ironically, Schumacher called nuclear an “incredible, incomparable, and unique  hazard”).

And now, Bryce is claiming that renewable electricity standards (i.e. state targets for renewable generation) have caused state electric rates  to increase by 32% from 2001 to 2010, concluding that states should  “suspend or eliminate renewable energy mandates to ensure that  electricity is affordable.”

This is a continuation of the scary-but-hollow argument that Americans for Tax Reform’s Grover Norquist tried to make last December in Politico.

The argument is as presumptuous and inaccurate as it was back then. And still no official agency backs up the claim that renewable energy targets have caused substantial increases in rates.

As Bryce well knows, most of the states with renewable electricity standards had higher rates even before putting targets in place. And because of the extraordinarily complex range of factors that go into pricing electricity — number of customers, average usage, infrastructure investments, etc — blaming these increases on renewable energy targets is misleading at best and an outright lie at worst.

Upon examining electricity rate data from the U.S. Energy Information Administration spanning the decade from 2000-2010, a Center for American Progress analysis found zero statistically-significant difference in how renewable electricity standards affect changes in rates. In states where we do see rate increases, it is difficult to quantify what impact these standards had compared with the myriad other factors that drive changes.

For example, MIT researchers determined that there were 14 reasons why California’s rates varied from the national average. In Hawaii, which had the highest rate increase, it was imports in oil for electricity generation that caused such a dramatic hike. And in Maryland, a state with the next-largest increase, the impact of deregulation has been the primary factor.

In 2008, the Lawrence Berkeley National Laboratory examined the range of states with renewable energy targets and found a roughly 1% impact on rates. And in a progress report on Michigan’s renewable electricity standard issued last month, state regulators found that renewable energy contracts were coming in 30% lower than contracts for coal: “the cost of energy generated by renewable sources continues to decline and is cheaper than a new coal-fired generation,” concluded regulators.

There is no doubt that we will see rate increases in some areas of the country, particularly those that are highly dependent on coal and have done little to implement renewables. These impacts should not be overlooked. But experience in various states shows — most recently in Michigan — renewables are increasingly cost-competitive with coal, a resource that is only getting more expensive.

To claim that renewables have already driven up rates by double digits is simply not true, and is not backed up by any official analysis.

I remember when they manipulated prices on the spot market for power awhile ago. One more factor increasing prices there was the shortage created by intentionally shutting down the Altamont wind farm; yup, there it was shut down during a shortage so that the price would go up, up, up and then stay up. Lesson? they’ll screw the consumer any way they can and then blame it on another target, distracting us away from the truth.