Lawyer May Have Found His Grail in Quest to Hold Pope, Catholic Church Accountable in Abuse Cases - The Constantine Report
0 SHARES

GOP Watch » Lawyer May Have Found His Grail in Quest to Hold Pope, Catholic Church Accountable in Abuse Cases

Lawyer May Have Found His Grail in Quest to Hold Pope, Catholic Church Accountable in Abuse Cases 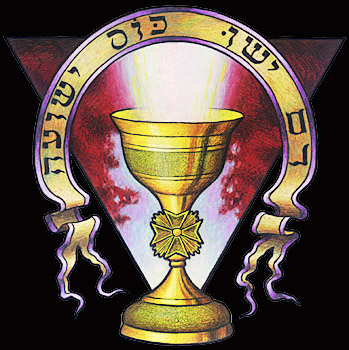 ST. PAUL, Minnesota — Jeff Anderson has filed thousands of lawsuits alleging sex abuse by priests and won tens of millions of dollars for his clients, but he has had a bigger goal in mind for nearly two decades. He wants to bring his career-long legal crusade against misconduct in the Roman Catholic Church right to the top.

He would love to question Pope Benedict XVI himself under oath. Though that is extremely unlikely given that the pope is a head of state, documents Anderson has unearthed have the potential to take a scandal that has plagued dozens of dioceses around the world and place it at the doorstep of Vatican leadership.

The documents, which became publicly known in the past week after Anderson shared them with The New York Times, show that a Vatican office led by the pope, then Cardinal Joseph Ratzinger, halted a church trial against a Wisconsin priest accused of molesting some 200 boys at a school for the deaf.

"This is a tipping point," Anderson said. He found the documents in handling one of the dozens of lawsuits he has pending against various church officials, and hopes to use them to bolster a separate federal lawsuit against the Vatican itself.

Since 1983, Anderson and the five other attorneys at his downtown St. Paul firm have sued thousands of Catholic priests, bishops, and dioceses over allegations of sexual abuse by priests and other church leaders. He claims to have no idea how much he has won in settlements; in 2002 he estimated that it was around $60 million.

"It's not about the money," Anderson told The Associated Press.

The self-described "former atheist" who rediscovered faith in God through his recovery from alcoholism professes a deep empathy with abuse victims — he calls them "survivors."

More than a decade after his legal battles with church officials began, Anderson's adult daughter revealed that as an 8-year-old she was molested by a therapist she was seeing as Anderson and his first wife were going through a divorce. The therapist, Anderson said, was a former Catholic priest.

Anderson, 62, said the pain of that revelation "brought another dimension to the experience." But he said he concluded years earlier that the responsibility for shuffling around problem priests and covering up their indiscretions would extend to the Vatican.

"I came to the stark realization that the problems were really endemic to the clerical culture, and all the problems we are having in the U.S. led back to Rome," Anderson said. "And I realized nothing was going to fundamentally change until they did."

The Wisconsin documents tie Benedict, who as cardinal led the Vatican's Congregation for the Doctrine of the Faith, to the decision in the mid-1990s not to defrock the Rev. Lawrence Murphy despite allegations that the Milwaukee priest molested some 200 deaf boys from 1950 to 1975. The Vatican is defending that decision, saying the case reached the Vatican only in 1996, two years before Murphy died. Church officials also say Murphy had repented in a letter to Ratzinger, and that the case's statute of limitations had run out. They decry criticism over the case as an effort to smear the pope.

The Milwaukee lawsuit does not name Pope Benedict or other Vatican leaders as defendants, but Anderson hopes to use it to bolster a separate lawsuit filed eight years ago in U.S. District Court in Oregon.

In that case, an unidentified plaintiff claims he was sexually abused as a teenager in 1965 or 1966 by the Rev. Andrew Ronan at St. Albert's Church in Portland, Oregon. According to court documents, Ronan was accused of abusing boys in the mid-1950s as a priest in the Archdiocese of Armagh, Ireland. He was transferred to Chicago, where he acknowledged abusing three boys at St. Philip's High School, and after that was sent to Oregon.

The lawsuit says the Vatican had to approve the international transfer. The Holy See claims it is protected by the Foreign Sovereign Immunities Act, which prohibits U.S. lawsuits against foreign countries.

Several lower courts have produced differing rulings on the suit, and the Holy See has appealed to the U.S. Supreme Court to settle the question. The high court has not decided whether it will hear the case.

Anderson said his legal team will attempt to use documents from the Milwaukee lawsuit to show the Vatican was heavily involved in decisions about how to deal with problem priests.

Legal scholars have long been skeptical of Anderson's chances of penetrating the Vatican's foreign sovereignty. He said it may be difficult to persuade judges to consider documents from another lawsuit, but added that he feels "closer than we've ever been before."

"If there's anyone to press this case, it's Jeff," said David Clohessy, national director for Survivors Network of those Abused by Priests, a longtime ally of Anderson. "Jeff doesn't get sole credit, and he wouldn't claim it, but he was among the very first to see the magnitude of this cover-up and is still among the most dedicated to its undoing."

Jeffrey Lena, the attorney for the Holy See in the Oregon case, declined to comment for this story.

Andrew Eisenzimmer, a lawyer for the Archdiocese of St. Paul and Minneapolis, has sparred frequently with Anderson and declined to be interviewed. In earlier interviews with the AP, he described Anderson as "prone to exaggeration" but also said he's been undeniably successful.

Anderson has always had a flair for the public relations aspect of his work, and a visit to his office the day after the Milwaukee story broke found him fielding interview requests from numerous media outlets as lawyers and researchers combed through documents on the large, dark wood table in his office.

Anderson was raised Lutheran and his first wedding was in the Catholic Church, though he said his spiritual journey no longer involves church attendance. His office, however, is full of religiously symbolic art and sculpture, as well as items salvaged from churches — including a kneeler and confessional booths.

Anderson downplays the significance of the Christian objects, pointing out he also displays Buddhist and Native American religious relics.

As long as the focus remains strictly on the Catholic Church, all OTHER child abusers within other denominations are grinning from ear to ear. Not unlike the Catholic Church, when a director of an unlicensed, unregulated, church-sponsored children’s home is caught abusing children, they merely pack up and move to another state. Jack Patterson of Reclamation Ranch in Empire, AL went to trial on 3/1, closed his boy’s home, and is currently looking for property to open up another one in either the Charleston SC or Savannah GA areas. Olen (Olin) King, in 1984 was CONVICTED of abusing boys at the New Bethany Boy’s Home in Walterboro, SC. As soon as his probation was done, he ran right across the state line into Danbury, NC and is presently the director of Second Chance Ranch/King Family Ministries. I’m sure THESE TWO MEN, at the very least are cheering the media on at keeping the focus ONLY on the Catholic Church!
If HR911 is passed into law, it will be far more difficult for “abuse-by-clergy” to occure within the United States.

Jack Patterson himself doesn’t want it to pass:

as well as OTHERS: http://www.hopeofisrael.net/component/content/article/1-latest/588-girls-a-boys-home-ministries-in-jeopardy-of-closure.html