Jewish Week on (Gay) “Sex And Kristallnacht: The Boy Toy (And Boy Assassin) Who Started It All” 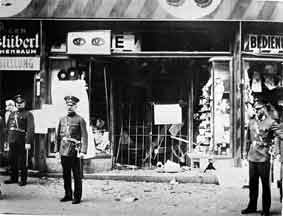 For all the talk every Kristallnacht (Nov. 9-10) that we have to remember history and how it happened, there seems to be a collective willing of Jewish amnesia about what exactly happened.

We know that the Nazis unleashed a nationwide pogrom of unparalleled brutality in response to the assassination in Paris of a German official, Ernst Vom Rath, by a Jewish teenager, Herschel Grynszpan, who said he was avenging his parents who were being harassed back in Germany.

Here’s where it gets interesting, just as here is where the synagogue Kristallnacht programs prefer to change the subject.

Q: Why did Grynszpan kill Vom Rath, a relatively minor embassy aide, instead of assassinating the German ambassador to France, whose office was in the same building?

A: Grynszpan killed Vom Rath because the two were having a gay affair that went wrong, according to several sources. Vom Rath was so flamboyant that he was known in the gay underworld of Paris as “Madame Abassador.” According to Haaretz, Nobel Laureate Andre Gide wrote in his diary, Vom Rath “had an exceptionally intimate relationship with the little Jew, his murderer. The idea that such a highly thought-of representative of the Third Reich sinned twice according to the laws of his country [by being homosexual and having a sexual relationship, and with a Jew] is rather amusing.”

Vom Rath supposedly picked up the small (5-foot) Grynszpan, a ringer for Sal Mineo, on a Paris street. It is presumed that as they got to know each other, Vom Rath promised Grynszpan that he would use his Nazi influence to protect Grynszpan’s family, who were suffering back in Germany, in exchange for the teenager’s sexual favors. After a while, when Vom Rath did not come through, Grynszpan shot him.

Q: Why did Grynszpan never go on trial?

A: The French judicial people claimed they could get an impartial jury, as anti-German feeling was peaking. Nor did the French particularly care to punish the 17-year-old Grynszpan. At that time in Paris, there was actual sympathy for a Jew killing a Nazi. Long before the universalist Anne Frank became the teen idol of the Holocaust, that teenage idol was Herschel Grynszpan — the symbol of the defiant Jew “fighting back.”

Q: Why, when Vichy France turned him over to the Nazis, did the Nazis not kill him?

A: The Nazis were holding him for a special propaganda “show trial” about “international Jewry” and its attacks on Nazi Germany that forced Germany to defend itself. Grynszpan left a note in prison (in coded Hebrew) that he concocted the gay story to tarnish the reputation of Vom Rath as a Nazi martyr and throw a wrench into the Nazi’s preparation for the show trial. Unlike other imprisoned Jews in the Holocaust, he was actually given a psychiatrist, to whom he first told the story of being Vom Rath’s lover, and he was allowed to have a lawyer (who may have tipped him off about using the gay defense).

Q: Did Grynszpan survive the war?

A: During the heavy allied bombings of Germany, some Jews inside Germany slipped through the cracks and the rubble. Several Jews who were in Dresden during the “Slaughterhouse 5” bombing (Feb. 1945) told me that the Nazis were about to do away with them when the fire bombing destroyed the Nazi records, destroyed prison walls, and the anarchy was not unlike the “Plague of Darkness” in Egypt. Either Grynszpan escaped prison in that fashion or he was freed at liberation. In either event, several stories after the was said he returned to Paris under an assumed name and was working in a garage.

The German government, which meticulously kept death records of each prisoner in their jails and even in Auschwitz, had no record of Grynszpan’s death when a death certificate was requested by his parents after the war. (His parents, whose torture in 1938 precipitated the assassination, ending up surviving the next six and a half-years of the Reich but testified at the Eichmann trial in 1961. Eichmann said he spoke with Grynszpan in either 1943 or 44).

Q: Why is Grynszpan no longer famous?

A: He was so famous in 1938 that non-Jewish journalists from the upper echelons of the American media formed a defense fund for Grynszpan. But after the rumors of the gay angle came out, Grynszpan’s story was relegated to the attic. His murder of a Nazi, once regarded as heroic, is now only mentioned as a one-liner, a prelude to the Nazi’s pretext of Kristallnacht. It became too unseemly and uncomfortable to discuss the sordid homosexual affair at the increasingly sacred and somber Kristallnacht commemorations.

We prefer to remember Kristallnacht beginning on the night of Feb. 9 with synagogues burning, not on the morning of Feb. 7 when Grynszpan walked into the German embassy at 9:30 a.m. and fired five bullets at Madame Ambassador. 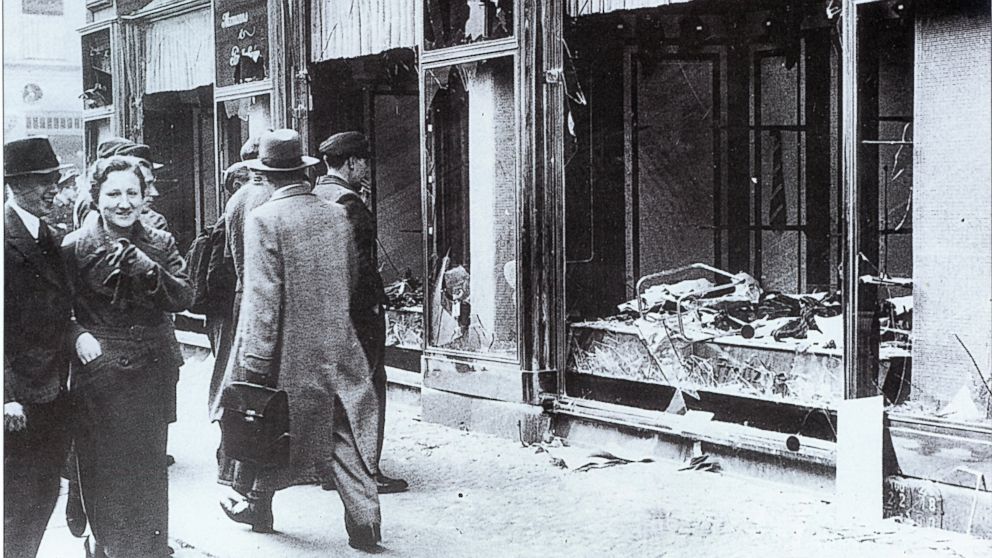 How the World Shrugged Off Kristallnacht
Nov 09