In a nutshell: Dr. Jeffrey MacDonald, a bright young Green Beret medical officer assigned to Fort Bragg in North Carolina, learned from a private investigation - prompted by his treatment of addiction at the base - that American GIs were smuggling heroin from Vietnam into the US in the body cavities of dead servicemen. From Fort Bragg, the heroin was disbributed to military installation across the country. A death squad was sent to kill him and his family ... but MacDonald survived, despite a knife wound that punctured one lung. He was framed for the murders of his own wife and two daughters by prosecutors with ties to the narcotics operation, convicted on trumped-up evidence and coerced witness testimony. MacDonald has since fought in vain to win his release. The propaganda press has molded public opinion against that eventuality. - AC 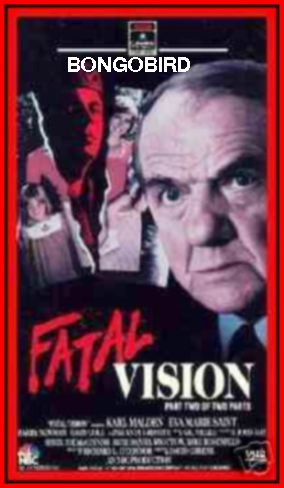 Wife of Convicted Murderer Dr. Jeffrey MacDonald Says 'He Deserves to Be Home'

Jeffrey MacDonald 's young wife, Colette, and their daughters were brutally bludgeoned and stabbed to death in their home in Fort Bragg, N.C., in what seemed like a pointless and murderous fury. Then 26-year-old MacDonald was left alive.

MacDonald, a Green Beret, a graduate of Princeton University, and a respected doctor, told investigators that he had been sleeping on the couch when he heard his wife and children calling for help and awoke to find three male intruders and a mysterious woman in a floppy hat and boots chanting, "acid is groovy, kill the pigs."

He said was attacked, defended himself, blacked out and awoke to the horror of his blood-covered wife and children.

The murders came just months after Charles Manson's drug-addled "family" slaughtered actress Sharon Tate and others in California. Just as Manson's family wrote "Helter Skelter" and "pig" in their victims' blood, "pig" was written in blood in the MacDonald home.

But to Army investigators and then later to federal prosecutors, it was all wrong. The crime scene seemed staged and hardly anything was damaged after a supposedly ferocious, Manson-style home invasion.

Most damningly, the blood and fiber evidence told a tale that convinced prosecutors and ultimately 12 jurors that MacDonald had made up his story and had slaughtered his own family.

The savage killings became known as the "Fatal Vision" case, after a best-selling book and TV miniseries. After an explosive trial in 1979, MacDonald was found guilty and sentenced the three life sentences for the murders.

But MacDonald never accepted the guilty verdicts. Now 66, he is an inmate in a federal prison in Maryland and his case is back in court, before the Fourth Circuit Court of Appeals in Richmond, Va.

"I know this case backwards and forwards and I know this man that I love. But, I knew it before I loved him," said Kathryn MacDonald, who married Jeffrey MacDonald in federal prison in 2002, just five years after she wrote to him about his case. "I just want him to come home now. He deserves to be home."

Kathy MacDonald, who runs a children's theater program outside Baltimore, has an encyclopedic knowledge of the facts and law of the MacDonald murder case. She told "Nightline" they've put their entire life savings into the appeals.

MacDonald's lawyers argue he deserves a new trial based primarily on statements made by people tied to the case that had not previously been heard and new DNA findings. 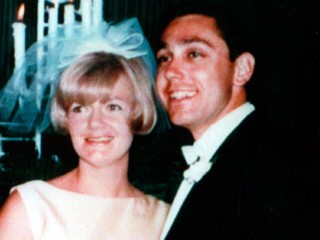 Forty years after Jeffrey MacDonald's pregnant wife and two daughters were slain, the former Army surgeon is getting another chance to convince a court that he did not commit the crime that spawned the book and TV miniseries "Fatal Vision." The 4th U.S. Circuit Court of Appeals will hear arguments on the 40 year old case Tuesday, March 23, 2010.

Two key pieces of evidence that the defense said they would like to have examined in the appeal relate to Helena Stoeckley, a self confessed drug addict, who came forward after the murders and claimed to investigators she may have been involved and was the woman MacDonald had seen in his house.

Stoeckley's story changed over the years and when she was called to testify at MacDonald's trial, she denied she had any memory of the four-hour period during which the murders took place.

Stoeckley died in 1983. But in 2006, Jimmy Britt, a former U.S. deputy marshal at the trial, who died in 2008, swore in an affidavit that he heard a prosecutor threaten Stoeckley before she testified. MacDonald's lawyer said that's crucial information.

"It is definitely serious prosecutorial misconduct if, in fact, the prosecutor threatened a defense witness," said Hart Miles, one of MacDonald's lawyers.

Miles also pointed to a 2007 affidavit from Stoeckley's mother who said that shortly before Helena died, she told her mother she was there in the house the night of the murders.

MacDonald's lawyers assert that new DNA evidence from the crime scene, which was tested in 2006, will show that MacDonald is innocent, after all.