Is The Military Ignoring The Heroin Problem In The Ranks? 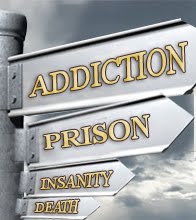 The U.S. military has known about the problem of drug use in its ranks since the Vietnam War, when contemporaneous accounts suggested up to 15 percent of enlisted men tried or became addicted to opiates. But, for the first time since then, the military has soldiers in combat in a producer-country: Afghanistan, which produces more than 90 percent of the world's heroin despite decades of eradication efforts.

For many soldiers bored or traumatized, the access to cheap, strong heroin is likely to be a powerful lure and, in fact, reports going back to 2006 show that heroin can be easily--and cheaply--obtained mere steps off Bagram Air Base. Shaun McCanna, reporting for Salon in 2007, was able to arrange to receive heroin worth hundreds of dollars in the U.S. for $30 in the Bagram Bazaar multiple times.

My driver translates, "He wants to know how much you want? Twenty, 30, 50 dollars' worth?" From past experience, for I have arranged this same transaction a dozen times in a dozen different Bagram Bazaar shops, I know that the $30 bag will contain enough pure to bring hundreds of dollars on the streets of any American city. Afghanistan, after all, is the source of 90 percent of the world's heroin. I say 30 and the teen jogs off.

McCanna was initially turned on to the heroin problem at Bagram by the death of a soldier, John Torres, who told his family about the heroin problems at Bagram before his death under mysterious circumstances. McCanna bought heroin more than a dozen times in Bagram while filming a documentary about Torres' death and saw ample evidence that soldiers were trading military equipment for drugs as well. ...