Dozens implicated, some with ties to the National Security Agency with top-level security clearance 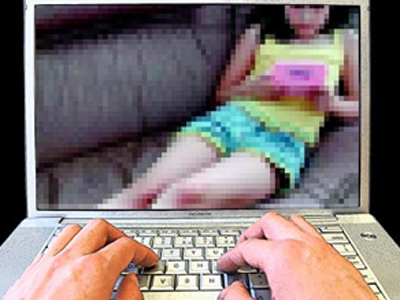 The Defense Department says an investigation has identified dozens of members of the military and defense contractors, including those with top-level security clearances, as having obtained child pornography.

The finding by investigators, released Friday by the Pentagon, is particularly alarming because many of the individuals would have access to the nation's most heavily guarded secrets. Among those implicated in the probe were individuals tied to the National Reconnaissance Office and the National Security Agency.

The Boston Globe first reported the results of the investigation after obtaining documents through the Freedom of Information Act.

Some of the individuals have been prosecuted while other cases remain in limbo.

(CBS/AP)  A major federal investigation has found that dozens of military officials and defense contractors, including some with top-level security clearances, allegedly bought and downloaded child pornography on private or government computers.

The Pentagon on Friday released investigative reports spanning almost a decade that implicated individuals working with agencies handling some of the nation's most closely guarded secrets, including the National Security Agency and the National Reconnaissance Office, which operates U.S. spy satellites.

The suspects also put the Defense Department "at risk of blackmail, bribery, and threats," one report added. The reports, however, do not point to any specific security breaches.

The Boston Globe disclosed the results of the investigations on Friday after obtaining the documents through the Freedom of Information Act. The Defense Department released the reports, which are heavily redacted, with most names and details about each case omitted.

Several suspects were convicted and sentenced to prison terms of up to about five years and ordered to pay hefty fines - including one of $150,000. But several suspects identified by investigators were never prosecuted.

On "The Early Show on Saturday Morning," longtime online child crimes prosecutor and security expert Hemanshu Nigam told co-anchor Chris Wragge, "What's amazing about this is that there were 5,000 individuals being investigated, and it turns out that dozens were top-secret-clearance-holding government employees using government computers on government time.

"It puts our country's security at risk and at risk for the people watching at home. I say that because now you're (the government employee or contractor) vulnerable to bribery. You may have downloaded a virus that puts a back door into a government system that can be used in a cyber-terrorist attack or by an enemy foreign state."

Didn't they think their actions would be traced?

"You've got to be an idiot to be doing it on government time," Nigam responded.

"Two things come out of it," he continued. "One is, is the government using the proper monitoring, filtering, blocking systems on the government computers? And second, it takes a while to prosecute. You have to put the forensic evidence together. There were people across the country, from Dayton (Ohio). California, Oklahoma, New York, Virginia, all over the country who were government contractors or top-secret-cleared employees.

Will more of these people be prosecuted?

"From the report that came out that was (heavily) redacted, a lot of areas were treated as top secret, it's hard to tell, but there's no question it takes awhile and 5,000 individuals to go after, you will continue to see more prosecutions," Nigam replied.

Asked whether this is "one of the most egregious abuses of office equipment" the veteran of more than 20 years guarding computer security has seen, Nigam said, "It's one of the worst."