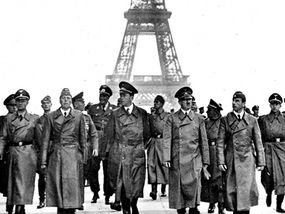 Archives containing the names of French citizens who collaborated with the Nazis during the Holocaust are to be published online.

The release of the names of thousands of collaborators will enable survivors to find out who betrayed them and their loved ones during the four years France was occupied by the Nazis.

Until now the hidden files dating back 70 years have been stored in a Paris basement, but now a court ruling means they can be opened to the public.

The records include notes taken during interrogations and information given by French people to the Gestapo out of choice, as well as some of the secrets of the Brigade Speciale, the Nazi body for finding resistance fighters.

From June 1940 Vichy France collaborated with the Nazis, with French soldiers fighting in Hitler’s army and French police rounding up people deemed to be “enemies”.

The material will appear online from 2015, when a 75 year gag on its publication will expire. The plan follows the landmark decision in 2009 by France’s highest court that the Vichy government held “responsibility” for deportations of Jews, homosexuals and other Nazi victims.

The court found that those who betrayed their countrymen by cooperating with the Nazis did so willingly.