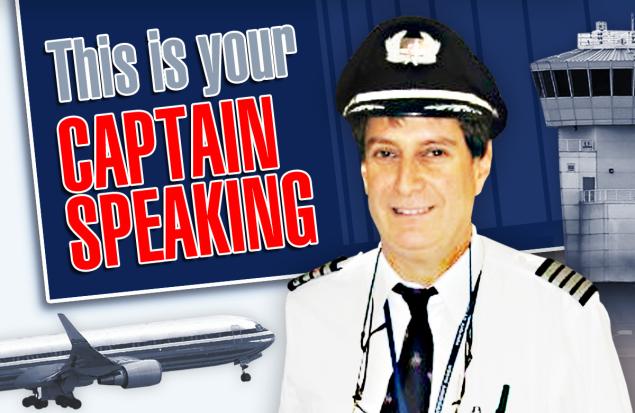 As a former pilot, that is a question I get asked about all the time.

I’m no conspiracy theorist, but let’s be clear: Yes. I say it was. And I believe the FBI covered it up.

There are many reasons to disbelieve the official explanation of what happened to TWA 800 almost 19 years ago, on July 17, 1996, off the South Shore of Long Island. There’s hardly an airline pilot among the hundreds I know who buys the official explanation — that it was a fuel-tank explosion — offered by the National Transportation Safety Board some four years later.

Lots can go wrong with an airplane. Engines can fail; they can catch fire. Devices can malfunction. Pilots make errors.

But jets do not explode in midair.

If they do, it’s usually because they’ve been shot down or bombed. There’s little to suggest that there was a bomb onboard, but there is ample evidence that a missile of some sort detonated in the air very close to the plane and brought it down.

A former colleague, who will remain unnamed because he was not authorized to speak publicly about this, served as one of the lead investigators representing the interests of the TWA pilots, and I talked to him at length about the investigation after it was completed.

I have also spoken with another former TWA employee, who has knowledge of what went on in the aftermath of the crash.

How the investigation was conducted — and what my colleague said he witnessed, not to mention the scores of conflicting eyewitness accounts of the crash — has led me to believe that whatever sent Flight 800 to its fiery demise could not have been a fuel tank explosion.

The accident was officially attributed to the explosion of fuel vapors in an empty center fuel tank, probably ignited by a spark from a faulty fuel quantity probe inside the tank. The probe wiring is bundled at points with some lighting circuit wires.

Investigators determined there was a crack in the insulation, which allowed high voltage from the lighting circuitry to create a spark that ignited the vapors in the empty tank.

I have a problem with this theory.

The probes that measure fuel quantity were recovered from the bottom of the ocean during the salvage effort. They were cleaned, and they all passed stringent tests.

There wasn’t a single piece of cracked insulation in the 159 miles of wire recovered in the investigation.

Conveniently, lengths of wire where the cracks were imagined to exist were supposedly among the 16 miles of wire that weren’t recovered. I say supposedly for good reason.

According to my colleague who worked for TWA, the mechanics and their representatives were denied access, in the early going, to the hangar where all of the recovered material was stored and being re-assembled.

And there’s this: During the investigation, the FBI periodically required everyone to leave the hangar due to “national security issues.” Only after they “sterilized the area” were folks allowed back in to continue where they left off (that is, if what they were examining was still there).

This happened time after time, my colleague said.

There are about 45,000 big jet airplane departures every day in the U.S., and most of those planes fly around with empty center fuel tanks while the main wing tanks, which always start off with fuel, are nearly depleted upon landing.

Since the first American jetliner entered into service in 1958 — some 38 years before the loss of of TWA Flight 800 — airliners were flying around with empty or near-empty fuel tanks.

Just doing some simple arithmetic, hundreds of millions of flights flew around the U.S. between 1958 and 1996 and never exploded in midair because a combustible mix of fuel vapors triggered an explosion in the center fuel tank.

That’s just in the U.S.; if we account for all the flying in the world during that timeframe, that would be well north of 1 billion flights in which there wasn’t a single in-flight explosion.

As an experienced commercial pilot, I know this much: Planes do not blow up by themselves. I firmly believe that this plane was shot down.

So what actually happened on that horrific day?

Here’s what we know for sure, according to documents and other reports:

TWA was one of the pre-eminent legacy airlines of its day, with a well-deserved reputation of having some of the highest quality pilots, best-trained mechanics and well-maintained aircraft.

The TWA 800 aircraft was a 747-100 model, built and delivered in 1971. At the time of the accident the aircraft was 25 years old, by no means a spring chicken but not old compared to the average fleet age of 747s used at TWA and other major airlines.

Airplanes undergo continuous inspections and maintenance as approved by government regulators, and can be kept safe and airworthy for a great many years. You might be shocked to learn the actual age of the airplane on which you’re flying.

The Flight 800 aircraft had arrived at JFK a few hours earlier from Athens, Greece. The pilots reported a few minor glitches upon arrival in Athens and their subsequent return to New York, but those mechanical irregularities were all addressed.

After some routine servicing and normal repair work, the aircraft took off for Paris, France, with 230 passengers, including four pilots and 14 flight attendants. Less than 15 minutes after departure, the plane exploded just off East Moriches on Long Island.

When it happened, the plane was climbing out of about 13,700 feet — about right for its location, considering its weight and the time from takeoff. It was on a heavily traveled departure path and was trailed by airliners also headed for an Atlantic crossing.

Pilots are used to looking at other airplanes in flight. It would be hard for a pilot to misidentify something rising up from the water, climbing almost 14,000 feet into the air and striking an aircraft that was flying between 10 and 40 miles in front of them. It would be equally difficult to miss something that was just falling out of the sky, on fire, after exploding in flight for no apparent reason.

After the explosion, more than three dozen witnesses reported they’d seen contrails going up into the sky towards the plane; 18 of those people said they saw something coming up from the water, rising to meet the plane.

Among those witnesses were people who attended a wedding on a beach in the Moriches, which was in progress at the time of the explosion. Some of them were recording the ceremony, their cameras trained on the wedding party with the ocean and sky in the background. Many of these people witnessed the explosion, and some said they saw something rising from the water.

During the investigation, holes were discovered in parts of the aircraft skin that penetrated from outside in — evidence that an object, most likely a missile — had struck the plane. But when investigators began photographing that evidence, according to my former colleague who was there, the FBI told them to stop.

Normally, air crash investigations in the United States are led by the National Transportation Safety Board. It is standard procedure to have investigators present who represent all of the interested parties: the NTSB and Federal Aviation Administration, the airline, the pilots union, the mechanics and the manufacturer of the airframe, engines and aircraft components.

The FBI’s presence on the investigation team was unusual in any fashion, but for the agency to take the lead was unprecedented.

The salvage effort and investigation took four years, with painstaking study of every recovered piece of evidence, no matter how small.

All of the recovered pieces were reassembled back into an airplane like a giant jigsaw puzzle. After all of that, the FAA issued a recommendation that pilots turn off the center tank fuel pumps before the tank runs completely dry, to avoid a similar “malfunction.”

Airlines were given years to put in a simple and inexpensive system that automatically shut down the fuel pumps when the tanks ran dry.

Yet the fuel pump itself was never implicated in the Flight 800 catastrophe.

Which leaves us with many more questions than answers.

To wit, why was the FBI, as my investigator colleague has suggested, obstructing investigators from doing their job? What did the feds find about this accident that elevated it to the level a “national security interest?”

Was it a terrorist attack — a precursor to 9/11, as has been widely suggested — or a U.S. military training exercise gone wrong?

Sadly, we might never know. But as an experienced commercial pilot, I know this much: Planes do not blow up by themselves. I firmly believe that this plane was shot down. I also believe my friend when he says the FBI imposed limits on what investigators could and couldn’t analyze.

This investigation smelled like bull all those years back, and time has done nothing to soften that stench. I don’t believe the findings, and neither do hundreds of other pilots that I know.

Andrew Danziger is a 28-year airline veteran, with experience in turboprops and Boeing aircraft. He was an international 757/767 captain for the last 14 years. He has served as an airline ground school instructor and check pilot in both simulators and aircraft and was one of the pilots to fly Barack Obama during his 2008 presidential campaign.

Previous Article
The Nazi Threat in the United States (Monthly Review)
Next Article
What Kind of Man Spends Millions to Elect Ted Cruz?