He was a diplomat – and reputedly also a Cold War spy – who was knighted by Queen Elizabeth II in 1971 while serving as her High Commissioner to Canada. It would later come to light that Peter Hayman was also a member of an influential group that lobbied to legalize pedophilia in Britain.

The tawdry tale of the late Mr. Hayman’s secret life made headlines in 1981 after an envelope containing hard-core child pornography and diaries of his experiences and fantasies regarding sex with children was found on a London bus. Now it has emerged again as a key element in a seamy political scandal amid claims he was part of a wider network of child abusers who worked – and were protected – at some of the highest echelons of power in this country.

MORE RELATED TO THIS STORY

The decades-old case of Mr. Hayman – and the establishment’s effort to sweep it under the carpet – has cast doubt on Prime Minister David Cameron’s pick to run a wide-ranging inquiry into allegations of child abuse and coverup in and around Parliament in the 1980s. Some say Baroness Elizabeth Butler-Sloss, a high-profile retired judge named by Mr. Cameron, is an inappropriate choice to head the inquiry since her brother was the attorney-general who decided not to prosecute Mr. Hayman.

Britain has already been rocked by news that two popular television entertainers of the 1970s and 1980s – Jimmy Savile and Rolf Harris – were sexual predators whose abuses were widely known in some circles but never made public. Now the country’s establishment is bracing for the possible release of some or all of a list, reportedly up to 20 names long, of an organized ring of pedophiles that allegedly operated in and around Parliament during the same era. According to media reports, the names include MPs, including at least one member of Margaret Thatcher’s cabinet, as well as a senior civil servant and an official in the Royal Household.

Some of the names were included in a dossier of 114 files, handed by an activist MP to the Home Office in 1983, that detailed child abuse allegations against top political figures. The files have since gone missing and their existence had been long forgotten until Labour MP Tom Watson raised the dossier again in the House of Commons in 2012, calling for police to investigate “a powerful pedophile network linked to Parliament and Number 10 [Downing Street, the prime minister’s residence].”

Police subsequently launched a sprawling investigation, known as Operation Fernbridge, that has focused on the widespread abuse of young boys at the Elm Guest House in Barnes, in southwest London, some 30 years ago. They are believed to be close to making several arrests in connection with the cases.

Some of the men police are believed to be investigating are dead, while others are reportedly still active in Westminster. Whistle-blowers have also claimed that an organization known as the Pedophile Information Exchange, which lobbied to lower the age of sexual consent, received government money in the 1970s.

The name of Mr. Hayman – also known as “Member 330” of the exchange – is the only one made public so far. The fact he escaped punishment after the incident with the envelope on the bus (until a 1984 arrest for gross indecency in a public toilet) has been held up as proof of an establishment effort to protect one of their own. Mr. Hayman, who was married and had two children, died in 1992 at the age of 78.

It’s not clear whether anything found in the envelope related to Mr. Hayman’s time in Ottawa.

The sordid snippet of history has snarled the current U.K. government’s efforts to clear the air over whether well-connected child abusers were protected.

Prime Minister David Cameron’s appointment of Lady Butler-Sloss on Tuesday to head an investigation was initially welcomed; she was the first woman to head the Court of Appeal, and later headed the inquest into the circumstances surrounding the death of the late Diana, Princess of Wales. But the public mood turned against her on Wednesday when it came to light that her brother, Baron Michael Havers, was the attorney-general who decide not to prosecute Mr. Hayman.

“It is a wholly unnecessary fuss,” Lord Havers said in 1981 after maverick Conservative MP Geoffrey Dickens used parliamentary privilege to raise the case. “Absolutely nothing has been achieved by naming a man who has been retired for seven years. All Mr. Dickens has done is made certain that Sir Peter’s shame and embarrassment are known to the world.” (Mr. Hayman, knighted in 1971, had retired in 1974 after his completing posting to Canada).

Opposition politicians, as well as lawyers representing some of the alleged victims of the Westminster child abuse ring, said that Lady Butler-Sloss should reconsider her involvement in the inquiry. “She’s part of the establishment, and that raises concerns and the relationship in terms of her brother, I think, is too close for comfort. I think that’s the conclusion most people will reach,” Labour Party MP Simon Danczuk told the BBC.

Her suitability has also been questioned because she sits as a life peer in the House of Lords, an institution that may come under scrutiny in any inquiry. Lord Leo Brittan, the Thatcher-era Home Secretary who received the 114 now-missing files from Mr. Dickens outlining the pedophilia allegations, also currently sits in the House.

Mr. Dickens, who died in 1995, said in a 1983 newspaper interview that his files contained “eight names of big people, really important names, public figures.” He also said he had been harassed – and his house had been broken into twice – after he went public with Mr. Hayman’s name. 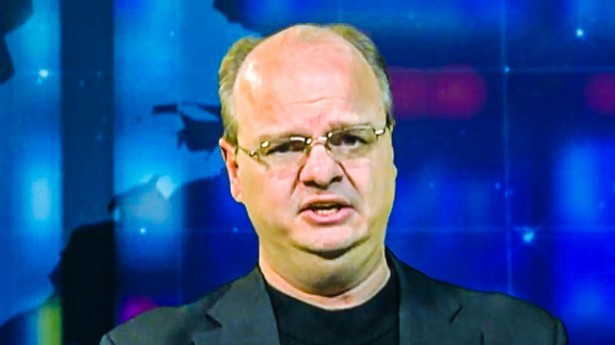