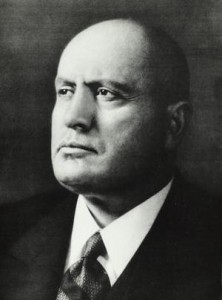 Hungarian historians will be glad to lay their hands on the memoirs of El Dulce. Reportedly the Italian history society is going to release the memoir of Benito Mussolini from the diaries he regularly wrote between 1935 and 1939.

The diaries allegedly claim that Mussolini wanted to avoid Italy entering World War Two by all means, contrary to his absurd decision to join Hitler’s Third Reich against the Allied powers. The memoirs are due to hit bookstands in August 2010.

Mussolini allegedly wrote in black ink into diaries that he confiscated from the International Red Cross supplies to Italy. It is believed that his original texts are clearly readable even more than 70 years after they had been written.