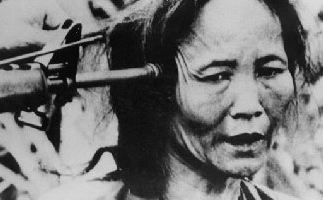 Letter to the Pueblo Chieftain, December 9, 2012

In his letter, [Bendell] claims John Kerry betrayed his fellow vets for exposing the atrocities of the Vietnam war, and goes as far as saying it was treason.

The Vietnam war was filled with hundreds of atrocities. Two that stand out are the My Lai incident and the Tiger Force story. In the My Lai massacre, more than 400 mostly women, children, infants and elderly were killed. Women were raped, mutilated and killed. William Calley, platoon leader, was convicted of killing 20 villagers himself and given a life sentence, but he only served 3 years under house arrest.

Tiger Force, an elite unit of the 101st Airborne Division, killed unarmed civilians during a seven-month rampage. William Doyle, former Tiger Force sergeant, said he he killed so many civilians he lost count. Soldiers told of severing ears from the dead, stringing them on shoe laces and wearing them around their neck.

Seems to me, Mr. Bendell, you left out the best part. Besides the aches and pains, and obvious memory loss from your two falls, I’m wondering why you didn’t mention the two dislocated shoulders you suffered from patting yourself on the back.

Previous Article
North Carolina: Eugenics Victims Slipping Away
Next Article
Two Chapters from “THE PLOT AGAINST THE PEACE,” by Sayers and Kahn 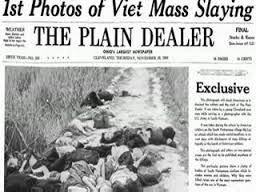 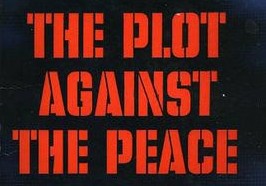 Two Chapters from “THE PLOT AGAINST THE PEACE,” by Sayers and Kahn
Dec 10