Related: “Fears rise over side effects of Tamiflu as cases of adverse reactions double in a week,” Daily Mail, August 3, 2009: “The figures come only a few days after a study showed that more than half of children who take Tamiflu suffer from nausea, nightmares and other reactions. … ”
http://www.dailymail.co.uk/news/article-1203886/Fears-rise-effects-Tamiflu-cases-adverse-reactions-double-week.html#ixzz0NLVBTP6r 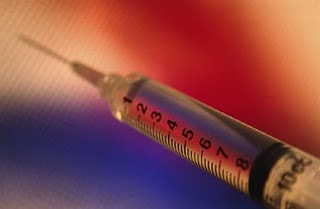 (NaturalNews) To most people, vaccines sound medically harmless. “They’re good for you!” say the doctors and drug companies, but they never really talk about what’s in those vaccines. There’s a good reason for that: If people knew what was really in those vaccines, they would never allow themselves to be injected with them.

Aside from the dangerous ingredients many people already know about (like squalene or thimerosal), one of the key ingredients used in flu vaccines (including the vaccines being prepared for the swine flu pandemic) is the diseased flesh of African Green Monkeys. This is revealed in U.S. patent No. 5911998 – Method of producing a virus vaccine from an African green monkey kidney cell line. (http://www.patentstorm.us/patents/5…)

As this patent readily explains, ingredients used in the vaccine are derived from the kidneys of African Green Monkeys who are first infected with the virus, then allowed to fester the disease, and then are killed so that their diseased organs can be used make vaccine ingredients. This is done in a cruel, inhumane “flesh factory” environment where the monkeys are subjected to a process that includes “incubating said inoculated cell line to permit proliferation of said virus.” Then: “harvesting the virus resulting from step (c); and… (ii) preparing a vaccine from the harvested virus.”

Aside from the outrageous cruelty taking place with all this (“incubating” the virus in the kidneys of living monkeys, for example), there’s another disturbing fact that has surfaced in all this: The patent for this process is held not just by the National Institutes of Health, but by another private corporation known as DYNCORP.

This, of course, brings up the obvious question: Who is Dyncorp? And why do they hold a patent on live attenuated vaccine production using African Green Monkeys?

What you probably didn’t want to know about Dyncorp

DynCorp, it turns out, is a one of the top private military contractors working for the U.S. government. In addition to allegedly trafficking in under-age sex slaves in Bosnia (http://www.corpwatch.org/article.ph…) and poisoning rural farmers in Ecuador with its aerial spraying of Colombian coca crops (http://www.corpwatch.org/article.ph…), Dyncorp just happens to be paid big dollars by the U.S. government to patrol the U.S. / Mexico border, near where the H1N1 first swine flu virus was originally detected.

DynCorp also happens to be in a position to receive tremendous financial rewards from its patents covering attenuated live viral vaccine harvesting methods, as described in four key patents jointly held by DynCorp and the National Institutes of Health: