" .. He was in support of Dick Cheney’s policy of “The New Middle East” that called for pro-democracy programs in Syria and Iran. (Bandar’s children also attended school with Cheney’s grandchildren.) According to prince-bandar.com, 'As Ambassador, Prince Bandar worked with CIA Director Bill Casey to fund covert CIA operations with Saudi petrodollars. He played a key role in the Iran-Contra affair; consulted with President Gorbachev to secure Soviet withdrawal from Afghanistan; negotiated an end to the Iran-Iraq war. ... He served under four different American presidencies and was called 'Washington’s indispensable operator' by the New Yorker. ..."

Why did website linked to Syria regime publish U.S.-Saudi plan to oust Assad?

A regime-linked Syrian website reports on a U.S.-Saudi plan to foment unrest and oust Bashar Assad through killings, mass demonstrations and arson, not unlike what is happening now.

The heavy blackout imposed by Syria on coverage of the deadly demonstrations there, including the number of casualties and the extent of the serious damage caused to Ba'ath Party offices in a number of cities, is not hindering another kind of reporting.  The media there are seeking out details of involvement of "foreign elements" they say are trying to foment a revolution in Syria. These reports impart information about kinds of vehicles these "elements" have used, the weapons in their possession and the means by which they have recruited demonstrators.

The Syrian media have never been as open as they are now in describing the subversives. The sunshine reached new levels with a recent expose by the Champress Internet site, which has close ties to the regime, on a secret Saudi-American plan to topple the government of President Bashar Assad, presented in full. 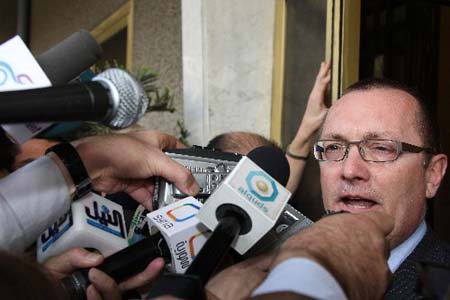 According to the report, the plan, which was first broadcast on the Iranian Arabic-language television station Al-Alam, was formulated in 2008 by the Saudi national security advisor, Prince Bandar bin Sultan and Jeffrey Feltman, a veteran U.S. diplomat in the Middle East who was formerly ambassador to Lebanon and is currently the assistant secretary of state for Near Eastern Affairs.

The plan as reported divides Syria into large cities, towns and villages. It proposes establishing five recruitment networks: The "fuel" made up of educated and unemployed youths; the "thugs" comprised of criminals, "preferably non-Syrians"; the "ethnic-sectarian" network of young people from ethnic groups who are no older than 22; the "media" network, which will be joined by journalists or activists in civil organizations funded by European countries but not by the United States; and a "capital" network of businesspeople from the large cities. 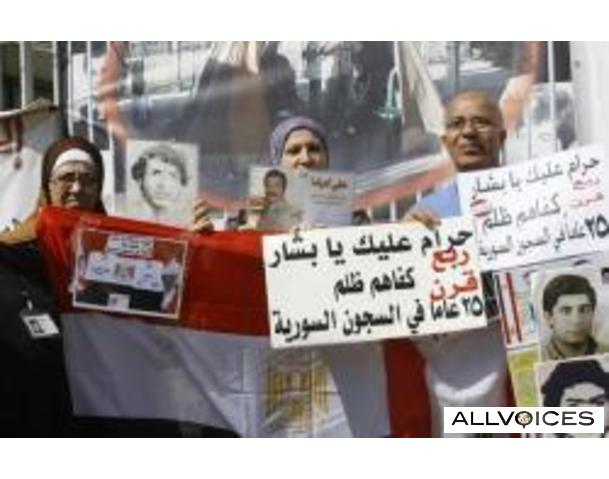 Each network would be provided with slogans suited to the type of its activity and will go through training aimed at preparing them for street actions and violence. Thus, for example, the thugs would be trained in sniper fire, arson and "murdering in cold blood." The members of the ethnic network would act to advance interests of their communities, show proof of ethnic discrimination and incite against the regime.  The journalists would operate the network by means of satellite telephones that can't be monitored, would be depicted as human rights activists who are demanding not the regime's fall, but civil society in Syria and they will receive additional training in operating social networks as a means for recruitment.

As for the businesspeople, the plan reportedly proposes "Holding luxurious parties to be attended by businessmen and during which exclusively Arab Gulf deals and investments are to be made and threatening them with certain sexual relations that are filmed for later blackmailing them."

After the recruitment and training phases, which would be funded by Saudi Arabia for about $2 billion, they would be given suitable communications equipment and when about 5,000 activists had been recruited in the large cities, 1,500 in the towns and 500 in the villages, they would begin to act in public. The plan also offers answers to revolt-refusers. For example, "If someone says there is a change, the response must be: 'There is no change at all. This is all a lie.' If he says change is coming, then the response must be: 'We have heard this for more than 40 years.'"

Activists would have to come to central places to create a suitable backdrop for TV and cell phone cameras. 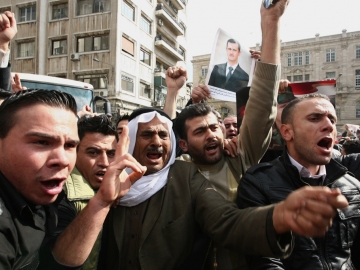 If the security forces start beating up the shouters or any of their supporters, it would have to be filmed for full exploitation.

It is necessary to prevent any attempt by the regime to reach a compromise by burning the Ba'ath Party offices and damaging symbols of the regime like smashing statues and destroying pictures of Hafez and Bashar Assad. The plan also suggests igniting ethnic tensions between groups around the country to stir unrest.

The formulators of the plan assume President Assad will immediately have to deal with calming the inter-ethnic confrontations and will send senior representatives to the cities and towns, thereby emptying Damascus itself of leadership. Then it will become the capital's turn to boil over and foment ethnic demonstrations while the "businesspeople" network will have to convince the military leadership to disassociate itself from Assad and establish a new regime.

The hoped-for outcome is the establishment of a supreme national council that will run the country and terminate Syria's relations with Iran and Hezbolah.

Al-Alam names the Dot and Com company headquartered in Jordan as the element behind the recruitment of the demonstrators against the regime and claims this is a company managed by Saudi intelligence, which is subordinate to Bandar bin Sultan. It is perfectly clear why the Iranians took the initiative to publish this detailed plan, as there is nothing like the situation in Syria to provoke a rift between Syria and Saudi Arabia or expose American-Saudi collaboration against the backdrop of Saudi military involvement in Bahrain.

However, why did a semi-official Syrian media outlet decide to publish the plan? Does Damascus fear Saudi involvement in Syria or has someone dropped the ball?