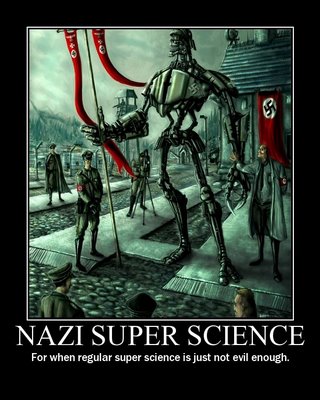 [MUNICH] A Berlin-based group of science historians has found that the ties between the top German scientists whose research was used to justify Nazi policies and the regime itself were much closer than was once thought.

In 1939, for example, Heinrich Himmler, the head of the Gestapo, praised two leading researchers at the Kaiser Wilhelm Institute (KWI) for Anthropology in Berlin for their work “that has contributed significantly to the scientific recognition of the racial parts of the national socialist view of the world”.

The historians’ report was published last week. Their research on the history of the Kaiser Wilhelm Society (KWS) from 1933 to 1945 is being funded by the Max Planck Society (MPS), its postwar successor.

Responding to the report, Hubert Markl, president of the MPS said: “There is no way of denying that directors, scientists and research assistants in many biomedical Kaiser Wilhelm Institutes put themselves in the service of a criminal regime. They actively supported measures conflicting with human rights and exploited the opportunities to use science conducted beyond all morally acceptable limits for the benefit of their own research.”

Markl said he felt “deep disgust for the way that unscrupulous research was carried out” and appealed to German biomedical researchers to “confront and discuss their past”.

The group has found that Ernst Rüdin, director of the KWI for Psychiatry in Munich, and Ernst Fischer and Otmar von Verschuer, both of whom headed the KWI for Anthropology in Berlin during the Third Reich, advised the Nazis at the highest levels.

All three had direct contact with the Nazi leadership and served on important government advisory panels. Rüdin, along with his co-worker Fritz Lenz, sat on an expert committee to the ministry of the interior on population and race policies.

Research into the links between KWS scientists and the Nazi regime dates back to the early 1980s. But the Berlin group is the first to investigate the direct influence of contemporary anthropological and biomedical research on the Nazi’s racial and medical legislation. 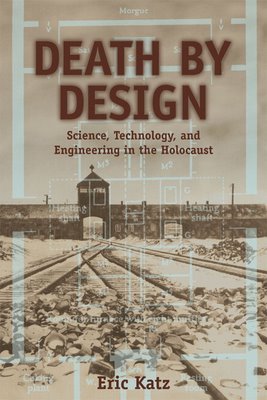 Historians knew that Rüdin, whose work to give race laws a scientific basis was funded directly from Hitler’s office, had chaired the committee’s working group on ‘racial hygiene and racial policies’. This panel set the criteria for the castration of criminals and the forceable sterilization of so-called inferior women, particularly those with ‘psychological’ problems.

The report says that Rüdin lobbied successfully for ever broader criteria. On his initiative, the sterilizations came to include the ‘morally ill’ — Nazi-speak for the mentally handicapped. This category covered 95% of the 400,000 sterilizations carried out between 1933 and 1945.

At Rüdin’s suggestion, the sterilized included 600 children of black French soldiers and German women in the state of Rhineland, which the French occupied after the First World War.

In 1937, von Verschuer was made an expert to the Research Department on Jewish Questions of the governmental Reich’s Institute for the History of the New Germany, whose main role was to research ‘world Jewry’.

In this capacity, he wrote to Fischer that it was “important that our race policies, including the Jewish question, develop an objective scientific background that is broadly accepted”.

The historians have not yet been able to show whether Nobel laureate Adolf Butenandt, director of the KWI for Biochemistry in Berlin and a postwar president of the MPS, allowed blood samples from Auschwitz to be analysed at his institute (see Nature 403, 474– 475; 2000). But they argue that it is unlikely that he did not know about the work being done under his directorship.

The historians have so far focused on four institutes. Three of these were considered biological; the fourth was the KWI for Metal Research in Stuttgart.

It is not known whether Nazi sympathies were the exception or the rule among scientists, says Carola Sachse, the research group’s head.

Previous Article
How Many Nazi Criminals did Germany Punish in 60 years?
Next Article
Pushing Eugenics as Smart Science