The American Conservative Union asked FedEx for a $2 million check in return for the group’s endorsement in a bitter legislative dispute, then flipped and sided with UPS after FedEx refused to pay. In return for the $2 million, ACU offered a range of services that included: “Producing op-eds and articles written by ACU’s Chairman David Keene and / or other members of the ACU’s board of directors. (Note that Mr. Keene writes a weekly column that appears in The Hill.)” The conservative group’s remarkable demand — black-and-white proof of the longtime Washington practice known as “pay for play” — was contained in a private letter to FedEx that was provided to POLITICO.

The letter exposes the practice by some political interest groups of taking stands not for reasons of pure principle, as their members and supporters might assume, but also in part because a sponsor is paying big money. Maury Lane, FedEx’s director of corporate communications, said: “Clearly the ACU shopped their beliefs and UPS bought.” In the three-page letter asking for money on June 30, the conservative group backed FedEx. Rebuffed, the group signed onto a two-page July 15 letter backing UPS.

American Conservative Union’s logo is at the top, along with those of six other conservative groups.

FedEx and UPS, fierce competitors in the package delivery business, are at war over a provision under consideration in Congress that would expand union power at FedEx. Right now, FedEx has one national union contract for its express business.

Under a change passed by the House and awaiting action in the Senate, FedEx — like UPS — would have to negotiate union contracts for individual locations, which FedEx claims would make it impossible to promise worldwide regularity for deliveries.

The American Conservative Union, which calls itself “the nation’s oldest and largest grassroots conservative lobbying organization,” took UPS’s side on Wednesday as part of a conservative consortium that accused FedEx of “misleading the public and legislators.”

Just two weeks earlier, ACU had offered its endorsement to FedEx, saying in a letter to the company: “We stand with FedEx in opposition to this legislation.” But there was a catch — an expensive one. ACU asked FedEx to pay as much as $3.4 million for e-mail and other services for “an aggressive grassroots campaign to stop the legislation in the Senate.” “For the activist contact portion of the plan we will contact over 150,000 people per state multiple times at a cost of $1.39 per name or $2,147,550 to implement the entire program,” the letter says. “If we incorporate the targeted, senator-personalized radio effort into the plan, you can figure an additional $125,000 on average, per state” for an estimated 10 states. The total would be $3,397,550.”

The letter shows one reason why activists get so much junk mail, both on paper and electronically: Some groups that send it charge handsomely for the service.

Under the grassroots program ACU proposed, “Each person will be contacted a total of seven times totaling nearly 11 million contacts total in the ten targeted states.” “Within 72 hours of an agreement on the whole plan we can have the data sets delivered and the first round of email ready for delivery,” the offer states. “Within 7 days the mail can be in the USPS system and the phone call delivered.”

Lane, the FedEx official, said the offer was refused.

“The proposal didn’t fit with our strategy of taking a straightforward approach to discussing the issue,” he said. 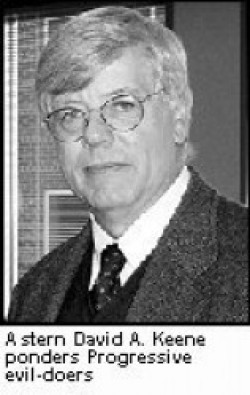 ACU Chairman David A. Keene was one of eight conservative leaders who signed a letter dated Wednesday to FedEx Chairman Frederick W. Smith, a champion of capitalism who in the past has been a favorite of conservatives. The letter accused FedEx of “falsely and disingenuously” labeling the rules change a “bailout” for UPS, since FedEx would become subject to the same arduous union structure.

The second letter is also signed by Grover Norquist, president of Americans for Tax Reform, who is also on ACU’s board. FedEx is pushing its case with a website called www.BrownBailout.com.

Among the services ACU had offered to provide for the $2 million price tag:

–Acquiring data of known conservatives in the targeted states (to be determined by FedEx), matching that data to an email database and then incorporating those email addresses with the current ACU e-mail database to create one targeted database of all potential activists.

–Sending a piece of targeted direct mail to these potential activists to ensure that they are well educated prior to their contact with their senators.

–E-mailing the identified voter activists, in 5 rounds, in order to educate them on the issue(s) and to urge them to call their senators based on key dates. The ACU would include the phone number of their personal Senators directly in the correspondence.

–Conducting targeted phone call campaign that will contact each voter activist to urge them to make a personal call to their Senators. Each state would have a specialized message just for that state.

–Encouraging activists who live within 30 miles of a senator’s District Office to consider making a personal visit to register their concerns at the office. ACU has proven that we can turn out well-informed, quality voters who present a good image to represent our concerns.

–As the vote for the legislation nears, distributing ACTION ALERT emails, and after the vote has taken place, distributing MegaVote e-mails to ACU’s members letting them know how their senators vote.