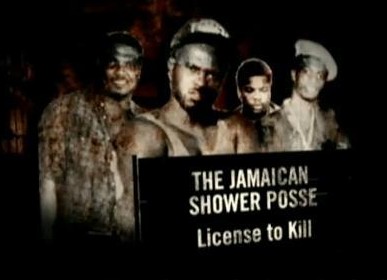 Editor’s Note: Periodically, an article appears in Google’s news bank alluding to “conspiracy theories” about Bob Marley’s death.  My own work on Marley’s struggles with the CIA and ultimate demise contained not theories. I operated like any other journalist, gathered credible sources and information and published the results. It never occurred to me that I was engaged in “theorizing. ” I am not a “theorist.” But if the “mainstream” media filters information, and Agency personnel are lionized as “heroes,” the CIA-coined phrase “conspiracy theory” can be applied without question by poorly-informed American proles and marginal writers on the web whose motives are suspect. The effect is marginalization of credible journalism. I reported nearly two decades ago that the death squad that shot Marley and his family was trained by the CIA. At the time, this was dismissed as a “conspiracy theory.” Years later it was reported by mass media that the CIA was indeed linked to the Shower Posse death squad. The pejorative label “theory” is often used by grinning dimwits incapable of thinking without help from a media bandwagon, imho, and  their mental programmers in the press and on the web. Bob Marley understood mental slavery. It’s a shame so many conformist Americans do not.  – AC

The Jamaican ‘Shower Posse’ has made international headlines recently for inciting rebellion and murder in the streets of Kingston, Jamaica. This international gang situated in Tivoli Gardens, Kingston, Jamaica, is so-named for the gang’s ‘showering’ of bullets on its enemies. Christopher “Dudus” Coke, the gang’s leader, was attempting to escape extradition for several serious felony charges in the United State, for which the Jamaican people refused to abide.

New reports are surfacing around the world reveal that the United States of America is responsible for creating and cultivating this violent gang, the Shower Posse. The American government’s roll is said to be CIA training, arming and supporting the Shower Posse. It is interesting to note that “Dudus” was a second generation Shower Posse leader. His father, Lester, was co-founder of the gang before “Dudus” took the reins following his father’s murder in a jail cell in Kingston. If Gary Webb’s book, “The Dark Alliance,” is to be believed, US forces had Lester Coke murdered in jail to prevent him from revealing CIA secrets.

Why did the United States CIA empower, weaponise and support the Shower Posse in the 1970s? According to The Dark Alliance, “Norman Descoteaux, the CIA station chief in Jamaica began a destabilization program of the Manley government in late 70s.” Edward Seaga was the then leader of the Jamaican Labour Party in the 1970s. Seaga’s opposition was Michael Manley who had become a problem for the United States when he began to openly criticize American foreign policies and was meeting with U.S. enemy, Fidel Castro, in the 1970s.

During this time, the Cold War Era, the United States resisted an alliance between Jamaica and Cuba. As such, the United States weaponized Seaga’s bodyguards to take out the Manley “communists”. This act began the decades long streak of violence and drug trafficking of the Shower Posse, creating a climate of fear and intimidation in Jamaica ever since.

It is interesting that the USA is indicting Christopher “Dudus” Coke, the current leader of the Shower Posse for drug and gun trafficking, given that the CIA was accused of smuggling guns into Jamaica and facilitating the cocaine trade from Jamaica to America in the 70s and 80s. In many ways Dudus was only carrying on a tradition of political corruption, drug running, guns and violence that was started with the help of the CIA. Christopher “Dudus” Coke’s father was was Lester Coke, also known as Jim Brown, one of the founders of the Shower Posse and a fellow champion and protector of the impoverished Tivoli Gardens neighborhood in Kingston. Coke was a political enforcer and bodyguard to Edward Seaga, the leader of the Jamaican Labour Party. Seaga’s opponent Michael Manley had begun to adopt “socialist” stances and began openly criticizing American foreign policies and meeting with U.S. enemy, Fidel Castro, in the 1970s.

Given the cold war the US was having with Russia, the CIA did not want Jamaica to be friendly with communists. According to Gary Webb’s book,”The Dark Alliance,” Norman Descoteaux, the CIA station chief in Jamaica began a destabilization program of the Manley government in late 70s. Part of that plan was assassinations, money for the Jamaican Labour Party, labor unrest, bribery and shipping weapons to Manley’s opponents, like Lester “Jim Brown” Coke. Author, Daurius Figueira writes in his book, “Cocaine And Heroin Trafficking In The Caribbean,” “In fact, it meant that illicit drug runners linked to the JLP were integrated into a CIA linked illicit drugs guns and criminal trafficking pipeline.”

Former CIA agent, Philip Agee, said “the CIA was using the JLP as its instrument in the campaign against the Michael Manley government, I’d say most of the violence was coming from the JLP, and behind them was the CIA in terms of getting weapons in and getting money in.” One of Lester Coke’s associates, Cecil Connor, would claim that he was trained by the CIA to fight political wars for the JLP through killing and spying. Connor would stuff ballot boxes and intimidate voters to help the JLP win elections. Connor would go on from being a political thug to being part of the international Jamaican based cocaine ring known as the Shower Posse. He wound up testifying against Lester Coke and his cohort Vivian Blake, only to return to his native St. Kitts to become a drug kingpin who almost held the country hostage.

Christopher “Dudus” Coke’s father, Lester Coke has also been accused of working with the CIA. Timothy White speculates, in his biography of Bob Marley, “Catch A Fire,” that Jim Brown was part of a team of armed gunman that attempted to assassinate Bob Marley led by JLP enforcer Carl “Byah” Mitchell. Authors Laurie Gunst and Vivien Goldman also make the same assertions in their books, “Born Fi Dead” and “The Book Of Exodus.” Marley’s manager Don Taylor claims that one of Marley’s attackers was captured and admitted that the CIA had agreed to pay him in cocaine and guns to kill Marley. Lester Coke would later be burned to death in a Jamaican jail cell, while awaiting extradition to the United States. Many people have claimed that he was killed so he wouldn’t reveal his secrets dealing with the CIA, JLP and criminal activity.

In its efforts to destabilize the Jamaican government in the 1970s, the CIA created a group of drug dealing, gun running, political criminals. Through the cocaine trade, these criminals would eventually become more powerful than the politicians they were connected to. The CIA destabilization program did not only destabilize Jamaica in the 70s, but it destabilized Jamaica for the next 40 years. Given the secrecy of both CIA and Jamaican society, it is unclear exactly what was the CIA’s role in creating the Shower Posse. Did they give them guns? Were they given cocaine? Were they trained how to smuggle drugs? Did the CIA use the Shower Posse to try and kill Bob Marley? These are all questions that the CIA should answer. If what is alleged about the CIA is true, then they are partially responsible for the cycle of gun trafficking, gun smuggling and violence that plagues Jamaica today. If the US can extradite the son of one of the CIA’s political enforcers for trafficking guns and cocaine, shouldn’t the CIA be investigated for training Jamaicans on how to conduct political warfare, arming them, giving them cocaine and helping them traffic it?

Given the revelation that the CIA allowed Nicaraguan drug dealers to sell cocaine in the US to fund their revolution against their communist government, it is not that far fetched to believe that they would arm Jamaicans to with guns and give them cocaine to fight communists in Jamaica.