Growing up in the halls of First Methodist Church in Lubbock I was taught to display respect for my church and the other religions in Lubbock. I remember watching the Rev. Billy Graham on our black and white television as he offered his fire and brimstone judgment of our society.

I’ve witnessed the rise of cults like the Moonies and the Branch Davidians, with anointed leadership who we were told possessed the eternal truth and righteousness. Blind obedience to those leaders and an unquestioned commitment to the cause have sometimes left tragedy in its wake.

The fanaticism of the Extreme Right and the Tea Party heralds to such potential catastrophe, for not only those at the altar but for all of us, tied together in our society.

In a sermon last year at an Irving, Texas, megachurch that helped elect Ted Cruz to the United States Senate, Cruz’ father Rafael Cruz indicated that his son was among the evangelical Christians who are anointed as “kings” to take control of all sectors of society, an agenda commonly referred to as the “Seven Mountains” mandate, and “bring the spoils of war to the priests”, thus helping to bring about a prophesied “great transfer of wealth”, from the “wicked” to righteous gentile believers. link to video of Rafael Cruz describing the “great transfer of wealth” and the role of anointed “kings” in various sectors of society, including government, who are to “bring the spoils of war to the priests”.

In an interview with Understanding the Times host Jan Markell on Saturday, Rep. Michele Bachmann accused President Obama of giving aid to Al Qaeda, which she said is proof that we are living in the Last Days.

Sinclair Lewis, a “muckraker” author in the early 1900’s wrote

“When fascism comes to America, it will be wrapped in the flag and carrying a cross.”

“The Extreme Right is evolving into a religion – but a particularly modern, extreme and unthinking fundamentalist religion. And such a form of religion is the antithesis of the mainline Protestantism that once dominated the Republican Party as well, to a lesser extent, the Democratic Party.

It also brooks no distinction between religion and politics, seeing them as fused in the same cultural and religious battle. Much of the GOP hails from that new purist, apocalyptic sect right now – and certainly no one else is attacking that kind of religious organization. But it will do to institutional political parties what entrepreneurial fundamentalism does to mainline churches: its appeal to absolute truth, total rectitude and simplicity of worldview instantly trumps tradition, reason, moderation, compromise.

In other words, this is not just a cold civil war. It is also a religious war – between fundamentalism and faith, between totalism and tradition, between certainty and reasoned doubt. It may need to burn itself out – with all the social and economic and human damage that entails. Or it can be defeated, as Lincoln reluctantly did to his fanatical enemies, or absorbed and coopted, as Elizabeth I did hers over decades. But it will take time. The question is what will be left of America once it subsides, and how great a cost it will have imposed.”

With the opening phase of the election process starting this month with announcements from candidates we will witness how intertwined religion and politics have become here on the South Plains. Perhaps we can hold a competition to see who carries the biggest cross, who sings the hymn the loudest, or who cries most like Jim Baker. Nothing like a good cry before passing the offering plate. 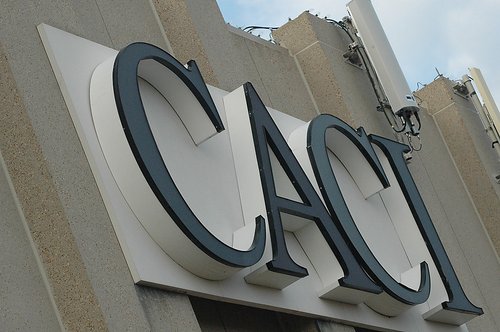