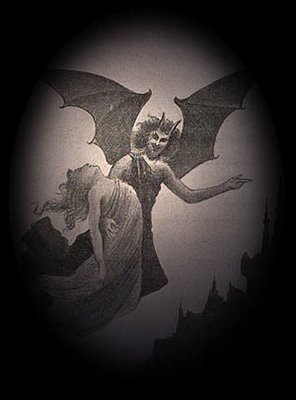 Note: The subject of Ron Howard's film is the "Illuminati," a clutch of utopian thinkers, intellectual forbears of socialism, based in late 18th century Bavaria and forced out of existence by the 19th, often scapegoated in contemporary authotarian right-wing conspiracy theories. It's a schizophrenic concept: this alleged communist secret society is composed, Birchers claim, of (despised) Satanists and (cherished) Founding Fathers. Brrrr. Supposedly, the "Illuminati" are still with us - a secret conspiratorial alliance of Power Jews, sneaky Masons and Communists that only exists in the extremist imagination, popularized by the Birch Society, a fascist front covertly financed in the '50s by the likes of the Koch family, and Nazi survivors of WW II. It is a Hitlerian propaganda concept, designed to advance the aims of the far-right, and bears no relation to reality. Howard muddles history by confusing "Illuminati" with Freemasonry - the equivalent of mistaking the Knights of Malta with the Vatican, to draw a comparison - and the League has taken advantage of this confusion by issuing a blanket denial. Galileo (1564-1642), a Freemason, was indeed hounded by the church for supporting Copernican cosmology, but Howard has him living in the wrong century.

Referring to a booklet on the movie that Donohue authored, "Angels & Demons: More Demonic than Angelic," (click here) Howard wrote: "Mr. Donohue's booklet accuses us of lying when our movie trailer says the Catholic Church ordered a brutal massacre to silence the Illuminati centuries ago. It would be a lie if we had ever suggested our movie is anything other than a work of fiction...." Howard also said that "most in the hierarchy of the Church" will enjoy his film; he denies being anti-Catholic.

"Dan Brown says in his book that the Illuminati are 'factual' and that they were 'hunted ruthlessly by the Catholic Church.' In the film's trailer, Tom Hanks, who plays the protagonist Robert Langdon, says 'The Catholic Church ordered a brutal massacre to silence them forever.' Howard concurs: 'The Illuminati were formed in the 1600s. They were artists and scientists like Galileo and Bernini, whose progressive ideas threatened the Vatican.'

"All of this is a lie. The Illuminati were founded in 1776 and were dissolved in 1787. It is obvious that Galileo and Bernini could not possibly have been members: Galileo died in 1647 and Bernini passed away in 1680. More important, the Catholic Church never hunted, much less killed, a single member of the Illuminati. But this hasn't stopped Brown from asserting that 'It is a historical fact that the Illuminati vowed vengeance against the Vatican in the 1600s.'

"Howard must be delusional if he thinks Vatican officials are going to like his propaganda -- they denied him the right to film on their grounds. Moreover, we know from a Canadian priest who hung out with Howard's crew last summer in Rome (dressed in civilian clothes) just how much they hate Catholicism. It's time to stop the lies and come clean."