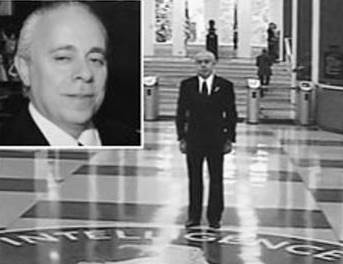 You can hear the Houston police Officers speaking with Roland Carnaby on the tape ordered released by a Federal Judge. An Officer asks Carnaby to step out from his SUV, telling him it isn't every day he stops someone working for the CIA. A short time later, Carnaby speeds away, leading police on the long chase that ultimately ended with Carnaby shot to death on the West Loop, near Buffalo Bayou.

"They found out his address, they had his drivers license. They were sitting there for a half an hour, so by the time the chase ensued, they knew they were dealing with a person that was not a threat to anyone," said Attorney Randall Kallinen, who represents Carnaby's widow in the suit she has filed against the City of Houston. The CIA has said Carnaby did not work for them, but Kallinen said he was employed by groups that were employed by the agency.

"When he ran, we believe it's because he had sensitive information on his laptop computer," Kallinen said. He believes Carnanby feared that information might fall in to the wrong hands if his SUV would have ended up in an impound lot.

'They would have just served a warrant at his address later on and told him he had evaded arrest-and was going to be charged with that," Kallinen said. Ultimately, he said Carnaby's widow is hoping her suit will make HPD change how officers approach what are considered to be high risk vehicles.