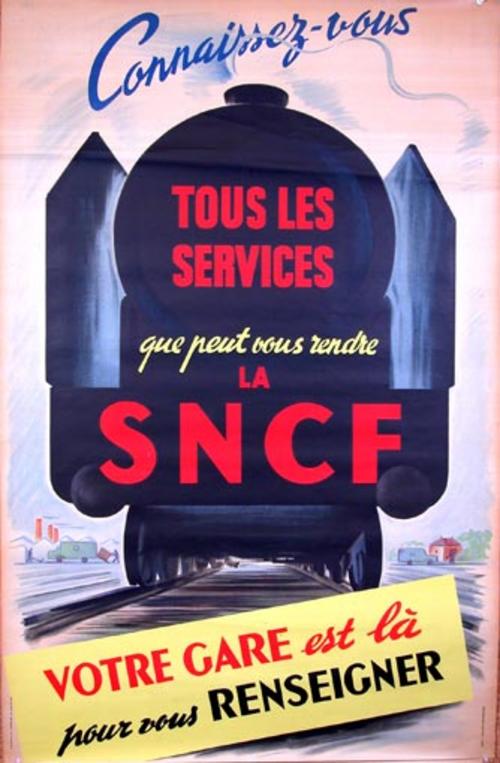 "Controversy is rising around the issue of California's proposed high speed train-and one of the contractors that will be making a bid on the project.  French company SNCF used their trains to transport Nazi victims to death camps during WWII and have yet to make a statement of apology.  Assemblyman Bob Blumenfield is pushing to make SNCF release a statement explaining their involvement and publically apologize to victims.  Some disagree, making the argument that blame cannot be put on the current company since the events occurred under different leadership, but regardless, it's a hot topic."

A California lawmaker wants to give officials something new to think about when awarding massive contracts for the state's high speed rail system - whether the bidder transported Nazi victims to death camps during World War II.

Legislation would give the High-Speed Rail Authority the legal right to disqualify a French firm or other railway companies from construction contracts for their role in wartime atrocities committed more than six decades ago.

Assemblyman Bob Blumenfield, D-Woodland Hills, said he hopes that his Assembly Bill 619 will persuade a French company to disclose the extent of its involvement in Nazi death-camp transportation and to pay reparations or make other amends.

"It's my hope and my firm belief that by shining a spotlight, this company will be highly incentivized to do the right thing - and I'm not defining what that is," he said, identifying the company as SNCF, short for Société Nationale des Chemins de Fer Francais.

But Assemblyman Bill Berryhill, R-Ceres, said California has no business penalizing companies for actions taken under different leadership in an era of world war.

"It's crazy, just as it would be crazy to judge me on slavery when I had nothing to do with it," Berryhill said.

Blumenfield said his bill could apply to any firm that meets its criteria, but it was crafted with SNCF in mind.

He said the firm, which operates much of France's railway system, is partially owned by the French government. California is expected to spend about $45 billion for an 800-mile bullet train system capable of zipping passengers from Los Angeles to San Francisco or Sacramento at speeds of up to 220 mph.

Attorney Peter Kelly, representing SNCF, issued a two sentence response to AB 619 on Monday but declined to comment on the company's role in death camp transportation. "SNCF takes the issues raised by the Blumenfield legislation very seriously," Kelly said. "SNCF will provide information pertinent to the legislation at the Senate Transportation Committee hearing on June 29th."

Under AB 619, bidders for high-speed rail contracts would be required to disclose any direct involvement in transporting people to extermination, work, concentration, prisoner-of-war or other such camps between January 1942 and December 1944.

Rail firms also would have to disclose what records they keep of such travel, and whether they took remedial action or paid restitution to victims. AB 619 would give firmsa chance to explain mitigating circumstances. Companies that provide false information could be sued for civil penalties of $250,000 or twice the amount of the contract for which they bid, whichever is greater.

Blumenfield's bill would not automatically disqualify firms for providing Nazi war transportation, but it would allow the high-speed rail board to do so if it concluded that the disclosures raised concerns about corporate character or responsibility.

"If they want to have the single largest contract in the state of California, they ought to be accountable to some of the people of California whose lives were dramatically impacted," Blumenfield said.

Rachel Wall, spokeswoman for the rail authority, said the agency has not yet taken a position on the bill, which was introduced only last week.

Supporters liken AB 619 to a state law, passed in 2007, to condemn actions of Iran's leaders by requiring California pension funds not to be invested in that country.

"Companies don't have character, the people within thecompany have the character," Niello said. "And those people are long gone."

Niello said that casting moral judgment would be a slippery slope, raising questions about why one immoral act should be targeted but not another - for example, should train companies be punished for transporting U.S. citizens of Japanese descent to World War II internment camps?

"The more you load up high-speed rail with stuff like this, it becomes a train not to transport people but to transport everybody's particular political agenda," said AssemblymanChris Norby, R-Fullerton.

But Mitchell Kamin, president of Bet Tzedek Legal Services, a nonprofit group that assists Holocaust victims, said California should not enrich firms that have devastated Holocaust families and done nothing about it.

"Think about the message it sends to (victims)," Kamin said.

Rudolph Loebel, 83, a retired psychologist living in Pacific Palisades, applauds AB 619 and said his father, Ephraim, was arrested for being a Jew in February 1943 and taken via SNCF train to the Auschwitz war camp, where he was murdered. "Not a day goes by that I don't think about those terrible events," he said. "You cannot bring back the dead. But (a company) can show some good will."