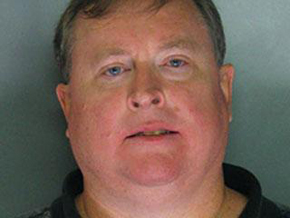 JoeMyGod has some shocking, yet not so surprising, news on the same-sex marriage front: "Pastor Tom Daniels of Rio Linda, California is being held on $6M bail after being charged with multiple felony counts of sexual assault on a child." Lavender Newswire notes that that the Baptist pastor "twice made donations to Protect Marriage, the backers of Proposition 8.."

Daniels, who donated $230 to stop gay marriage in California back in 2008, allegedly sexually assaulted a 14-year-old, though police suspect he has more victims that have yet to come forward. He has, so far, been charged with six felony child molestation acts.

Watch the KXTV news report below.