Buffett's Puppet (6): Ben Nelson and Warren Buffett – A Day in the Life of a Two-Faced Zillionaire 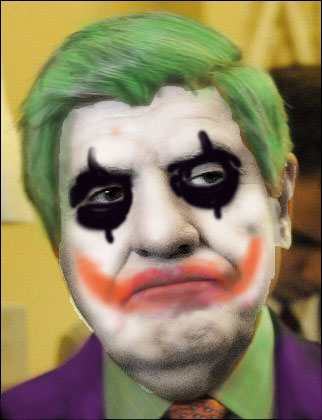 In a word, the senator from Nebraska, Ben Nelson is a whore and Warren Buffett is his pimp. I preface my remarks by saying that I have always seen through that homesy kindly old persona of Buffett’s to the shark that lies beneath the skin.

On Taxes: Buffett is outspoken that he thinks taxes are too low. He states that his secretary pays less tax then he pays. Meanwhile Buffett more than any investor on earth has used the shell of Berkshire to build his net worth up by merger and acquisition, thus avoiding most all tax consequences. He employees and army of attorneys to keep him from paying taxes. His deals are secretive and the multiplicity of shell corporations and asset vehicles is mind boggling. But it is all set up to avoid paying taxes. But he wants you taxed. Thats how he guards the hen house and prevents others from ascending to wealth. It’s ok if he is wealthy… he can handle it but you can’t.

On Derivatives: Much has been written about Buffett’s many colorful position statements about derivatives. The Street.com has published an excellent article entitled

Warren Buffett Is a Hypocrite

The article catalogs his many takes on derivatives from his “financial weapons of mass destruction” line to his present conduct as a guy that wanted and got an exclusion in the Senate bill over derivative regulation. The price was a hefty campaign contribution to Ben Nelson who took care of the dirty work.

Buffett has spent so much of his life trying to cultivate the kindly old zillionaire image that for a while there he started to believe his own press. But in reality, the guy is just like the rest of the Goldman crowd, closer to government than they should be. But whats a few bucks to buy some influence? Ben Nelson has become the everywhore of the Senate and now we know he sits in Buffetts hip pocket because rules don’t apply to Buffett.

Besides, campaign contributions aren’t bribes are they? Buffett gave the cash to Nelson and then Nelson delivered the favor to Berkshire. Clearly those dot’s aren’t connected.

So the next time you listen to Buffett talk, open your ears to the hypocrisy because in Goldman Speak, no means yes.